And here it's Submaps (world 7 and 8 still unfinished)

This opening room for my level seems really ugly. I think ts suffers from being too brown and it also doesn't communicate what I want. I was attempting to give players a brief preview of the enemies in the level and also communicate this atmosphere of a hotel infested with moles. Two very different areas are established early, mole hills and the hotel but then the mole hills invade the hotel space and reveal a ruined hotel. 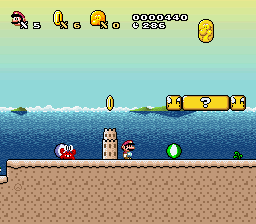 Watch out for crabs! 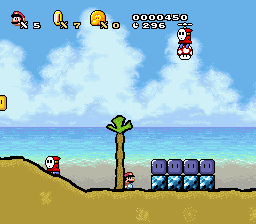 Fly Guys populate this area.
You might see more at C3 with more screens about this hack. 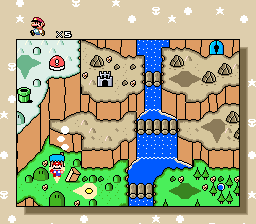 That's a quite sweet map. I like the variety and shapes of the landmasses in this one. 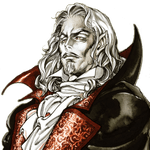 I have no comments to describe how beautiful that map is, especially with landmasses as sweet as yours.

My first .gif and it does look better.

1st and 3rd section of 3-1. Here would be the full set of my Organic tileset+the falling block you've seen.
Here's a question: Shall I make a thread with this hack? I think I'll be doing other hacks, but that doesn't mean I'll slack off.
Also, I'll will show another update when the time comes.


Second map I did: 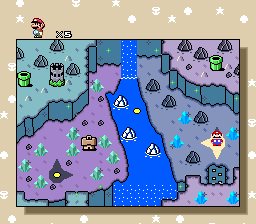 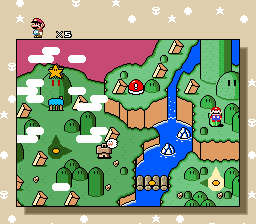 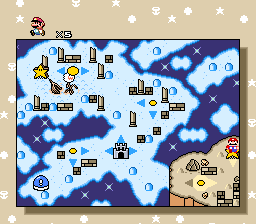 A little explanation: All of these maps are actually choices generated at random I did online, typed like 9 themes, 6 of which were chosen and laid out in this order.

Some upgrades from my hack below:

Screen 11 or 2nd level or world 3 had parallax scrolling, but now you'll set it in fully glory in level 1 or world 3:

Screen 6 or Brute Bush also got a parallax makeover:

The last screen will be the most interesting here.
I did mention Fly Guy Frolics will receive not only a GFXX makeover, but a parallax makeover as well. Here:

So, the two or three of you who actually cared about Yuki's Adventure during the last C3 will be happy to know that I now have a Demo 2 up, at about the same place as Demo 1, and what follows now is some of the new stuff!

St. Clair Publications: Where good girls just want to have fun this Christmas!

Other places you can find me: LiveJournal | Last.FM

What I've been up to lately.
GANYMEDE

Publiée le 2020-08-03 09:42:35 PMLien
Last 2 maps, the theme here on the first is a Wasteland with some mines, not sure I nailed that theme exactly, will probably add some hdma on this map and the hills/grassland one. 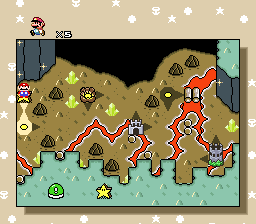 Next was supposed to be an island+city theme, I tried to make it more interesting for a last map, the idea was of an Island made of Gold: 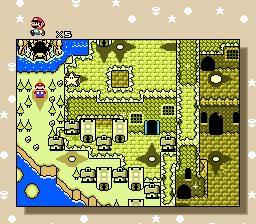 Will probably experiment more with the palette and add some decoration maybe on the castle structure perhaps depending on the theme of these levels, but this is what I got so far.

Check my thread for another thing.

Localisation: Poland (the 'la' is quiet)

The above one could use some HDMA in order to convey the depth, but it's not crucial. You could also use different colors for crystals or add some water here. You have multiple opportunities for this one.

I dunno what to say about this one besides the fact it's only a tad bit empty on hills.

Your maps in general are more than great, though!I have a Discord server as well!
-----
Basically, I believe in peace and bashing two bricks together.