Posted on 2011-08-26 05:10:04 PMLink
Well, a group of people on this site (whom I will refer to as the "Bsnes" group) want hacks to be accurate and to work as if it was a real Snes game. Zsnes, gets rid of some of the limitations of the Snes, allowing to do some neat things unable to be done on a real snes.

So here's my question: are you the kind of person who wants to make a hack like it would be a real Snes game, or make one that's has it's own "platform" for gameplay?

I personally think Zsnes is like a different system if you will. I don't want to be limited by the Snes's limitation, yet I still want to base my hack off of SMW, a game I know and love.

I would like to see other peoples views on the subject. (I'm mainly interested to see the views from the "Bsnes" group)Your layout has been removed.
Last edited on 2011-08-26 06:00:30 PM by flareblade26

Posted on 2011-08-26 05:18:52 PMLink
ZSNES is better for playing hacks but Bsnes is better for testing stuff like custom music. I often use ZSNES so I choose ZSNES.

Posted on 2011-08-26 05:41:20 PMLink
Everything was well on this site with ZSNES, and I think we don't need changes here, but I don't see anything wrong in BSNES. Still, ZSNES is very good for me and most of the users, so I choose ZSNES.

Also, if you want to make some "poll" from this thread, you could place in your post something like this:

And then count choices you can see in this thread if you want....Huh?

I am willing to sacrifice compatibility (due to the lack of a better term, someone help me out there) for the sake of accuracy and better performance. I stopped using ZSNES back around February and unless I need to do something that absolutely need ZSNES for (such playing a "broken" romhack, for example), I won't touch it. However, I don't primarily use bsnes since as far as Super Mario World goes, SNES9x 1.51+ should work as a fitting alternative. That and I have trouble keeping SMW in bsnes moving a steady framerate (it'll occasionally go too fast or too slow for it). I also still need to figure out recording YouTube compatibile videos with SNES9x or bsnes.

dear lord, didn't we already discuss this to death and back three times over?

The bsnes group isn't only interested in getting stuff to work on a real SNES, we're also interested in making it work on future emulators. If snes9x 1.52 isn't a good enough proof of what will come, then I don't know what to say.
(In case you wonder, most of us are not interested in digging in ten year old websites for their last copy of snes9x 1.43 or whatever.)

Dear various users above: He's not asking which is your favourite. He's asking if you test your hacks in bsnes at all.<blm> zsnes users are the flatearthers of emulation 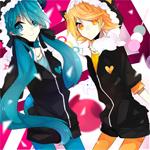 Posted on 2011-08-26 06:00:01 PMLink
Originally posted by flareblade26
So here's my question: are you the kind of person who wants to make a hack like it would be a real Snes game, or make one that's has it's own "platform" for gameplay?
ಠ_ಠYour layout has been removed.


Seriously, super nintendo games (even using ZSNES) are INCREDIBLY limited. I mean seriously, who the hell would limit themselves to midi music, 256 colors, and a pathetic processor unless they actually cared about it being a super nintendo game? You're nuts if you're not here FOR the limitations, and are here IN SPITE of them! Get your ass to game maker and be free of these crazy limitations, already.
Last edited on 2011-08-26 06:29:04 PM by Kaijyuu

But since ive never used Bsnes, iill have to go with Zsnes, all because of bias.
Later.

Well, personally I like to just design levels and not have to worry about that code mumbo jumbo. I want to make one of my favorite games better, whether I'm limited by the Snes or not. for me, Zsnes allows me to do things I normally would not be able to do. It also seems to me like half the people in the "Accuracy" group just can't wrap their minds around this concept.Your layout has been removed.

Posted on 2011-08-26 06:39:49 PMLink
Well, considering that ZSNES is outdated, buggy, and ugly, that it screws up a lot of SNES games (even such common ones as Yoshi's Island and Super Mario RPG), and that it doesn't even run on my computer properly because I have a 64-bit system...yeah, I'm not a fan of it. I like to say that ZSNES actually stands for "Zero Sensibility; Naturally, Everything Sucks". I use ZSNES for graphics ripping and the like (none of edit1754's tools support savestates from any other emulator), and that's ALL I use it for. I use SNES9X for most LPs and for ripping SPCs, and I use bsnes (currently, 0.80-compatibility) for pretty much everything else. I'd use bsnes for LPs as well, but I can rarely get it to run at full speed in tandem with Camtasia Studio and its screen recorder.

And yes, I would make a hack as if it were a real SNES game. If I wanted to get rid of limitations, I'd try my hand at making Flash games, hacking GBA games, or something else involving a non-SNES system. Just being able to write to certain registers during active display and not having the echo buffer conflict with ARAM isn't enough to "overcome the limitations of the SNES", especially when you consider that there are probably more things that ZSNES can't do. Certain BG modes and enhancement chips, for example, cannot be used to their full potential on ZSNES. I still want to use Mode 6 in a hack for the heck of it and to see if ZSNES screws it up. (Heck, I want to make a hack that works fine on a real SNES but doesn't in ZSNES just so people will have to use a decent emulator to play it...and see how important that kind of accuracy can be.)

Originally posted by flareblade26
Well, personally I like to just design levels and not have to worry about that code mumbo jumbo. I want to make one of my favorite games better, whether I'm limited by the Snes or not. for me, Zsnes allows me to do things I normally would not be able to do. It also seems to me like half the people in the "Accuracy" group just can't wrap their minds around this concept.
The reason for this is that everyone who wants to do something a SNES can't do isn't even trying to get close to a SNES. We consider zsnes to be a SNES emulator, and we see its lack of limits as nothing except bugs.
I've made games using SMW, Game Maker and C++. Game Maker is the easiest, but also has some limits; SMW is the most limited and the hardest (the only reason to use it is that you've got a game engine to build upon); C++ is the least limited (note that 99% of the games has no need for this lack of limits), and in the middle for complexity (at least if I make some simple level editors and graphics importers).
For people who doesn't want to make their own game engine and don't care about advanced stuff taking a while, I recommend SMW.
For people who doesn't like the limits of SMW and wants complicated stuff (for example 1024x1024 levels), I recommend Game Maker.
For people who enjoy doing everything by themselves (aka crazy idiots like me), I recommend C++.

tldr: We are fully aware that zsnes lacks a lot of limits, and that's exactly why we dislike it.<blm> zsnes users are the flatearthers of emulation

Posted on 2011-08-26 07:06:24 PMLink
Accuracy all the way, not necessarily to ensure compatibility with real hardware, but also with future emulators. I personally don't have too much of a problem if a hack I'm playing works in my main emulator but doesn't on a real SNES, but my own hacks I try to make as accurate as I can.

I'm still using ZSNES for regular playing though, mostly for its interface I got used to.

Posted on 2011-08-26 07:13:33 PMLink
I think this discussion has already been run into the ground several times. In any case, as a ROM hacker I support the most accurate emulators, which, in the case of the SNES, is obviously bsnes. Especially since I have an SNES of my own, I want to test hacks on a program that will actually show whether they'll work or not. Bsnes is the best option.

Posted on 2011-08-26 07:55:42 PMLink
I like ZSNES as its the only that works on my computer.
Emulator debetes are pointless in my opnion but someone can happily come along a give me a few paragraphs convincing me otherwise.

We were on track for around 3-4 posts after I said that...