That Other Plumber - Stuff

I'm working on hack named "That Other Plumber".
I bet from the title you can figure out who the main character is.

Anyways here are some screenshot!

First Level. (You probably saw this on the screenshot & videos thread) 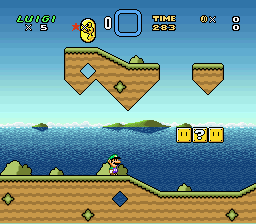 The Overworld so far. 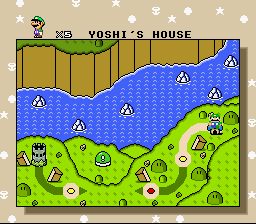 Plot:
Bowser has captured Princess Peach once again.
So Mario went to save her (again).
When Mario was in Bowser's castle Bowser noticed that Mario was in his castle and then captured Mario before Mario could rescue Princess Peach.
Back at Mario's house Luigi thought Mario would be back by now.
Then Luigi went to search for Mario.
Luigi thought that since Mario was going to rescue Princess Peach and she was at Bowser's castle, Mario would be at Bowser's Castle too and then Luigi went to search for Mario.


Originally posted by RainbowLuigi281
Well I have some progress to show. First, a new Nintendo presents screen.

Second, some progress on improving the cave.

And last, the beginning of a title screen.

need any help? you can PM me ;)
hope that you'll finish your hack

There isn't much to judge here, but what you have looks solid.Just back here to browse a bit.

Ok I changed it, thanks

Originally posted by MoriaRebirth
my first view:
wow, great. looks good so far
need any help? you can PM me ;)
hope that you'll finish your hack

I hope I finish it too and thanks but I don't need help right now.


Originally posted by Chanagaburu
The overworld is pretty unique, assuming that it is a submap.

There isn't much to judge here, but what you have looks solid.

It's really part of the main overworld and thanks.Hacks:
-That Other Plumber

Thanks for the idea, I added Layer 3 clouds. 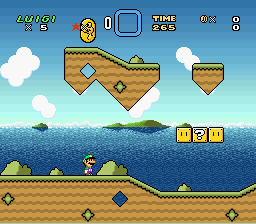 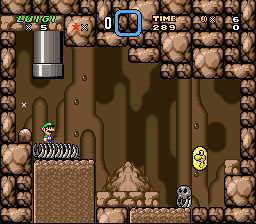 Originally posted by Teo17
Are you sure those clouds are Layer 3? Also, I'm pretty sure he meant the Layer 3 mist, but I'm don't think 100%.


Originally posted by RainbowLuigi281
So Mario decided to save her (again).
Wait, so your saying there was a chance of Mario not saving the Princess? WOW!

Is is just me, or is that castle havin a slightly green texture on it? Plus, WHERE THE HELL IS THE EXIT FOR THE OW!

Also I didn't put an exit to the overworld yet, but I will of course.

The OW looks perfect and the Cave Level (wich remembers me of Lion King's bone cemetery ) looks like a fun level!
Thanks!

EDIT:
Cool effect for the cave. 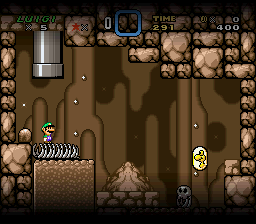 I think Luigi set this up just to be the star of his hack.

Here are some more screenshots of "Seashell Shore"

I wonder how you get that 1-up mushroom. 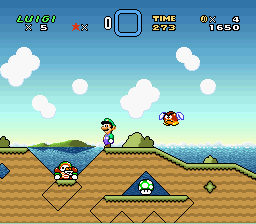 What a big mountain! 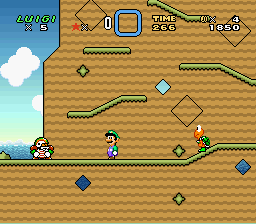 It's the midway point! 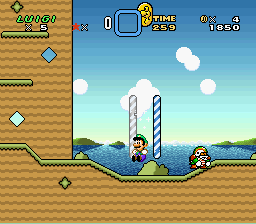 Now I can work on level two!

So yeah...looking forward to seeing more.My Youtube Channel for Hacking and Gaming.