I´ve always been looking forward to this Hack, let´s hope it gets finished...

Yep I won't let it die off, it'll get finished eventually. Lack of time and inspiration have been slowing progress down for me.


Originally posted by Erik557
A suggestion: I think you should PM some members for ask on progress/if they dropped AND/OR remove all the entries from inactive users that may not come back (like 1/5-2+ months or something like that)


Yeah when people become inactive I usually consider that the same as dropping the level.
I should notify a few people, since I'm unsure in some cases if they are still interested in their claimed level.


Originally posted by ForthRightMC
This hack seems pretty good. Have you completed the overworld map to it?


No, work on the map hasn't been started yet.

Yes 8 screens is fine, it can be shorter than that if you want. I wouldn't recommend making it much longer than 8 screens.

I'll check out those updates later.

SilverSwallow said "preferably 1.90" but I use 2.32 and there are no problems.

Sure, you can do that if you want.

Basically anyone who submits at least one acceptable level will have the option of sending an avatar of their choice to me and I’ll transform into some graphics that’ll appear in the game. All these transformed avatar graphics will appear in one creative level, likely world 8.

Example (most probably won’t end up this big):

Seems interesting, I should say. meh, this avatar is fine.

Seems interesting, I should say. meh, this avatar is fine.

Oops, uh blame SilverSwallow, I got your name from this list .

It does a better job at resembling me, plus the strawberry had significance.

My current avatar (i'm a dumbass) has to do with the time I had an attempted imposter here, who couldn't even speak my language; I thought he'd also copy the dumbass avatar since he probably didn't know what it means. If you want the story, PM me.

e: I have this thing: 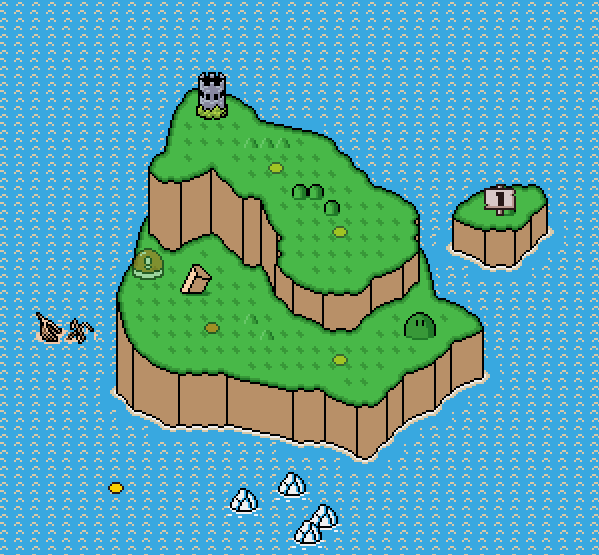 Other than that it looks decent though it could use some more decoration.
c3 winter 2021 | music stuff | youtube

Right, that engorages me to finish thoes two levels I never completed.
Someone remind me of what levels and Map16 pages and such I'm using and I'll get straight to work!