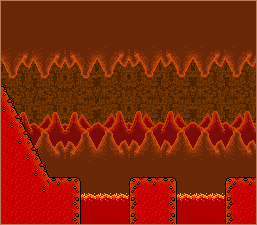 Gives you a better idea of how it's going to look. I'll most likely add more to the BG sometime later.

I'm also going to sprinkle both chocolate and vanilla objects into the FG to mix things up a bit. I also like the idea of mixing custom and original sprites throughout the level as well.

Posted on 2011-12-31 10:48:34 PMLink
While I was working on additional graphics for the Grassland Bonus game I got an idea for a Cookie and Cream level. I ended up coming up with this: 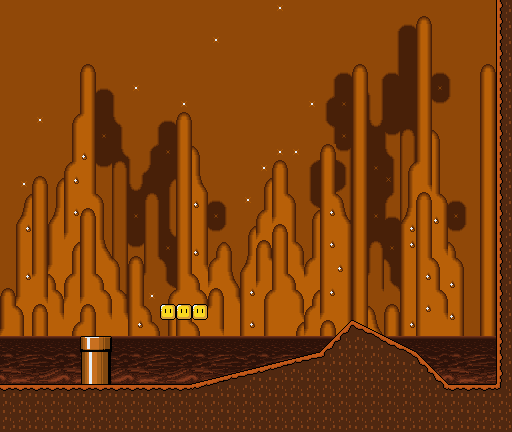 The idea was to have a mix of old and new graphics in the BG. The new being ocean graphics drawn by myself based on graphics I’ve seen in other 16 bit games.


We just want to make sure you three are still interested in designing the level you claimed. Its okay if you haven’t started, we just need to confirm that you still want the level or if we should unreserved it. Thanks.

However, to be honest the level is really boring... I kinda have designed the whole base of the level and need to beef it up a lot! On the other hand, the graphics/palettes are okay, right?

And before I forget it, I need a secondary exit for the level (what about #7? My level is #7 that should work and be memorable)

Posted on 2012-01-03 07:22:26 PMLink
I think the palette is great and very suitable for a classic level. The level is looking pretty good but I did think this looked a bit odd: 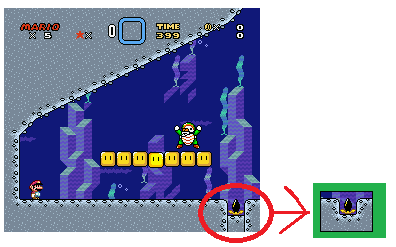 I suggest changing it to how I show it on the right. 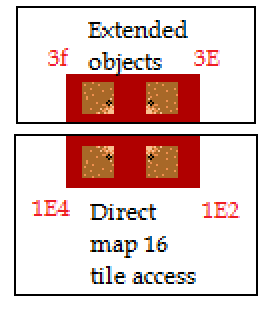 Yeah and we’ll go ahead and make it so that whatever levels you claim you’ll also own the secondary exit for it as well. So #7 and #140 are yours to use. 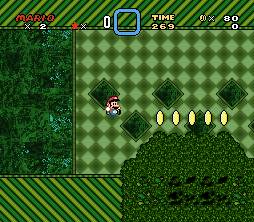 Do you have a warning about that in the beginning of the level? If not you should add one to avoid people having cheap deaths. Although I do say that level looks pretty aweseome just based on that pic, good work there =) Also I am at the mid-way point of my level, I will take some pics and show it off later, right now I am just trying to get it done haha.

Alright so here is some pics all the way up to the midway point for my Classic Level, which is part of the world Cheddar Park. 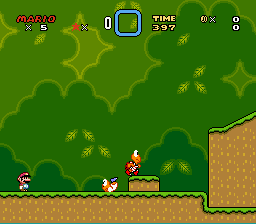 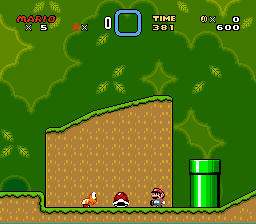 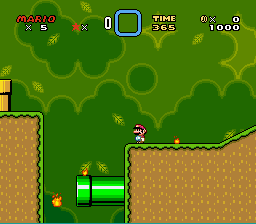 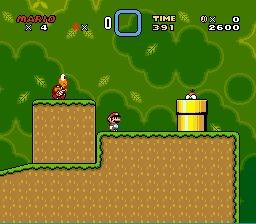 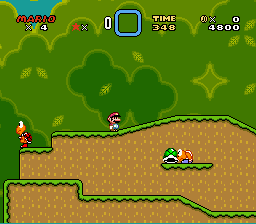 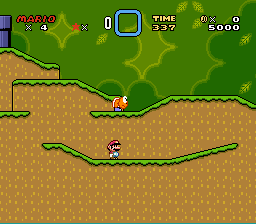 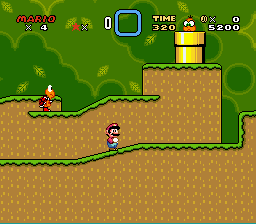 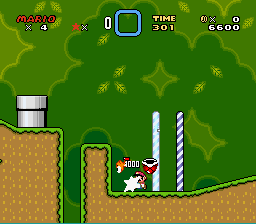 Damn Koopa came at me while I was trying to take a screen shot >_< So how does the design look? How is the palette, not too fancy? Does it look like an original SMW Level? Please do not hold back, I want to know everyone's thoughts about this =)
Visit My

Posted on 2012-01-06 06:43:30 PMLink
Well judging from the screenshots the level is looking a bit too simple and easy for world 6. You are doing a great job at making it look and feel like a classic level however. The palette is very fitting considering it’s a classic level, but don’t be afraid to alter it a little more if you want (to give your level a more unique look).

So really the main thing I’d suggest is cranking up the difficulty because right now (though I can’t really tell for sure without playing it) it looks more like a level for world 1 or 2.

@Torchkas
I’ll note you’re taking Reassembled Level 3, and as for the music it doesn’t really matter to us as long as the song fits the level (use whatever you like).

Classic Level 11 is now yours.

Cheddar Park is the “free-for all world” (Restricted Isle and Flooded Dimensions are as well) and doesn’t have a theme it’s basically a variety world meant to have levels of any kind.

That being said so far we have a grassland level in the mountains (Pumpkin Plateau), a grassland level in a forest (being made by camoslash), and a yellow cave with lifts (being made by SilverSwallow). So some good generic themes to go for could be: bridge level, icy cave level, fortress level, line guided platform level, or vertical mushroom level.

Cheddar Park is the 6th world in the game so it should be between Chocolate Island and Special world difficulty (no harder than levels like “Outrageous”).

My level (reassembled level 4/19) will begin with a small desert part, which leads to the gate of a ruin. The ruin will be showed from outside as a big bunch of castle stone block with the appertaining palette, some what sand-colored.

The ruin itself will contain graphically a mix of the plain ledges, underground tiles and again, castle stone blocks. Some rooms may be a kind of labyrinth/maze, but I'm unsure about that. The level should mostly contain goombas and koopas, but also spikes and munchers (?) will be in it, but fair placed, considering this is a world 2 level.

I also will try to make some rooms rather being dark, but any others will be light, with lamps, as I plan to include candle lights being ExAnimated and being placed with layer 1, and the lamps with layer 2. How i'm going to pull out lamps is still unsure (maybe from the original castle background?)

After that, a door should lead again to the desert, where a small cluster enemies waits on you, and beyond does lie the exit. Overall, I think this is going to turn out as a rather large level, but I am going to try to align the length of my level with the others.

What do you think about this ideas? I haven't been working on level yet, but I have been brainstorming a bit to don't be just making a level totally based on spontaneous ideas.


@SilverSwallow/Aquamentus/Snifit: Could I please have 1 map16 page and 3 sublevels? Thanks.

Your ideas sound really neat, although we do have marioVSshadow doing a ruins level as well his is going to use custom graphics and is said to be mostly outdoors while yours sounds to be mainly in doors using only original graphics. So it’ll still keep some variety in the world.

As for the light idea remember lanterns exist in the BG of the ghost house tile set, you could use them or the candles from the castle bg.

Here is how I've assembled candles before in the FG for one of my levels(on the right): 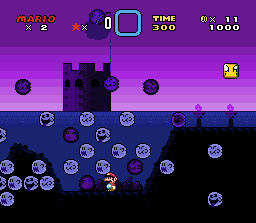 Alright I’ll give you:

@Lotica
Sublevel E9 is now yours.

Posted on 2012-01-08 08:30:20 PMLink
As stated in the intro post, Reassembled (RASM) levels can’t use any resource that wasn’t in the original game so no custom sprites, level asm, blocks or any custom resources with the exception of custom music.

Remember you can use fake HDMA if you want gradients; it’s pretty easy to do.

Custom resources can only be used in the “Creative” and “Cookie and Cream” levels.

The point of RASM levels are to show what you can do with original resources (which is a lot).

Posted on 2012-01-10 09:37:14 PMLink
Just asking, is Yoshi going to be used until my level? It's a important part of my level becauses is contains pokeys frequently.