-Wrong name: Right name
-Shell-less Koopas: Beach Koopas
-POW - P-Switch
-Translucent Block: Roulette Block
-Question Block: Though this is the standard name, they were called Prize Blocks in SMW.
-Creating/Eating Block: Snake Block (at least, I think that's what that block does...)
-Info Box: Hint Block
-Fireball, vertical: Podoboo
-Goal Point: Giant Gate
-Fuzz Ball: Fuzzy
-Balloon: Haven't tested it in more tilesets yet, but if it has a P on it, it's called a P Balloon.
-Clapin' Chuck: Clappin' Chuck (not really a name error, but a typo)
-Hammer Brother: Amazing Flyin' Hammer Brother (that is, when it's on that flying block, which it actually needs)
-Ball and Chain: Ball n' Chain (meh)
-MechaKoopa: To my knowledge, the K shouldn't be capitalized. Though I could be wrong.
-Sparky: Li'l Spark
-Swooper Bat: Not sure if "Bat" is in its name.
-Blurp Fish: Again, not sure if "Fish" is in the name.

-Throw Blocks: Grab Blocks
-Black Piranha Plant: Muncher
-Cement Blocks: Do I really need to explain how cement is different from concrete (which is the correct name)?
-"Used" Blocks: Used Block is the name. Not sure why it needs quotes...
-Bullet Machine: Bill Blaster
-Yoshi Coin: Dragon Coin (Yes, I know Yoshies(?) are dinosaurs, but if you want to know why they called it that, ask Nintendo.)
-Skull and Crossbones Torpedo Launcher: Not sure if it has a name, but that one is too "state-the-obvious-ish" to be the real name.

I'd say that's it. (That was longer than I thought...)Re-registered as Roadsguy. Posted on 2012-02-19 02:42:45 AMLink
The only mistakes I care about are Fuzz Ball (that sounds dumb), Black Piranha Plant (everyone knows they're called munchers), and Bullet Machine (This one sounds dumb as well). The rest I couldn't care less about. But then again some people may be accustomed to these names, and really it's not that big a deal. You can tell what they are, so it's not worth stressing over.

Posted on 2012-02-19 03:06:13 AMLink
There's even more then that: "fish" should be "cheep-cheep", "spiny falling" should be "spiny egg", "pitchin' chuck" should be "confused chuck" (although I don't like that name because it doesn't rhyme), etc. I'd rather the names be fixed, but by now everyone is used to the current names. Although you could always use custom sprite/map16 tooltips... maybe we should ask FuSoYa for custom object tooltips?
<form action=http://google.com/search method=get> </form>
Unexpected end tag (</form>) at 699, expected </div>

Posted on 2012-02-19 03:47:41 AMLink
They are names. Unless they prevent you from being able to find the object or sprite you want to find, this is not something you should be complaining about. FuSoYa is not going to release an updated LM that only has changed names.
don't click this link...

Posted on 2012-02-19 06:20:05 AMLink
It's actually a pretty valid point. I keep forgetting to search fireball instead of Podoboo every time.

I rmember there was a thread like this before, but I completely forgot where it went. Oh well. Yeah some names of the enemies are wrong but it's not that bad. I still find everything I need.
My Youtube Channel. 90,000+ subscribers!

Posted on 2012-02-19 10:50:22 AMLink
Isn't there any way to edit LM's texts? If FuSoYa kinda could release something like a file which LM opens which changes the object/sprite name (like the music names with a .msc file), that would be very welcome to many, many hackers, because, as a example, I have the same problem as Giant Shy Guy:

Originally posted by Giant Shy Guy
I keep forgetting to search fireball instead of Podoboo every time.
If we could have something like a .nms file (shortcut for names), we could edit "Vertical Fireball" to "Podoboo".
Something even more better would it be if we also could edit the text that shows up when we hover over a Object/Sprite. For example, we could change the text from:

Originally posted by Lunar Magic
"A black piranha plant, which is actually a object instead a sprite."
Into:
"A muncher. Don't stack it or make it floating!"
Just a suggestion, how do you think about it?

Also I really don't care about the LM names, but something for change the object names and their description in the own editor should be useful for someone. There are people who can't fit with "Vertical Fireball" and "Black Piranha Plant". No this isn't me, but meh.

Posted on 2012-02-20 12:02:05 AMLink
In my opinion, it's good changing some descriptions to match the characters of a "Mario game", a example is a "Black Piranha" which actually is a "Muncher" and "Fireball" which could mean Mario's Fireball or "Podoboo".

Even though these names are okay, it's much better to change them.

But seriously, I suppose the disagreers have a point, too: nobody cares. I'm not trying to make it sound like a really big deal.

True, they are more simplified. (I mean, "Podoboo" is a pretty non-sequitur name...)


Originally posted by Epsilon
..."fish" should be "cheep-cheep"...

Right, I forgot about that! But the green fish is Blurp, and I think I heard someone call the red one "Fishy"...


Originally posted by mathelete
FuSoYa is not going to release an updated LM that only has changed names.

Of course not just correct names! I didn't expect that.

If only everyone didn't do that...


Originally posted by DiscoMan
...and "Fireball" which could mean Mario's Fireball or "Podoboo".

Confusion is one of the reasons I'm saying this.Re-registered as Roadsguy.

Posted on 2012-02-21 05:24:29 AMLink
Well yes, they do have those other names, however the names provided are actually correct names. Some people just call it different things.
Yes, they may not be how they are stated in the original, however they aren't wrong either.

Also, in terms of the ""Used" Block" is because you can place it, and tit isn't "Used Up" (made via block), so technically it wouldn't always be used.So remember kids! If you ever get caught having tosave a princess from a foreign land after getting dragged down a drain pipe, jumping while spinning in a circle can help you greatly by allowing you to jump on spinning saw blades, ghosts, and allow you to control your jump better!

And the graphic is... blurrier? Or is it just me?Re-registered as Roadsguy.

Posted on 2012-02-23 06:33:09 PMLink
Originally posted by dixey
and don't forget
"super shell" - Kamikaze Koopa (yellow Beach koopa + shell)
That one isn't even in Lunar Magic, is it?
Regardless, everybody calls it 'Disco Shell' or 'Disco Koopa', not 'Super Shell'.

But yeah, LM has a lot of incorrect names and a few typos ("a object" ngnng) and people repeatedly pointed it out in the past, but FuSoYa never changed anything, he probably never noticed any of the threads (although I'm sure I recall him responding to one), and if he did notice, then it's probably just really low priority.Your layout has been removed.

Posted on 2012-02-24 09:34:00 PMLink
Originally posted by leod
Originally posted by dixey
and don't forget
"super shell" - Kamikaze Koopa (yellow Beach koopa + shell)
That one isn't even in Lunar Magic, is it?
Regardless, everybody calls it 'Disco Shell' or 'Disco Koopa', not 'Super Shell'.
The description for the yellow shelless koopa says that. Disco Shell makes me think of a disco ball...

Originally posted by KevKot
Something even more better would it be if we also could edit the text that shows up when we hover over a Object/Sprite.
That's what I was talking about earlier with custom tooltips; it's in the Lunar Magic help file if you want to read about it. I keep forgetting that you can't change the names in the editors, though.

I don't how many times I forgot to search "Flower" without "Fire" in it; the whole Podoboo thing, Koopa Paratroopa, and many others. 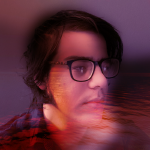 Posted on 2012-02-25 05:43:35 AMLink
Maybe this is just me, but how about FuSoYa makes it so you can type multiple answers (e.g. Muncher or Black piranha plant) to get the SAME sprite/block you're looking for. FuSoYa doesn't have to rename anything, just add a feature that adds a tag (example: *Types in fireball* Fireball- yada yada *Types in podoboo* Fireball- yada yada) I think what I said make sense.

From: Overlord's Castle, The Netherworld

Posted on 2012-02-25 06:50:09 AMLink
Eh, it usually doesn't take long to find what you're looking for regardless of names, especially when you've used LM long enough to be familiar with it. If you really must make it convenient for yourself, I know there are "templates" out there to make sorting through sprite and object menus more convenient.


Originally posted by Austin
Actually there are people who say POW, people who say P-Switch .... There's nothing wrong
POW is absolutely the wrong name for the P-Switch. POWs are something completely different.

It and Cement Block especially need to be changed.