Posted on 2012-04-28 05:04:20 PMLink
Well, after finishing The Lost Land 3, I have started a new hack. This is the part when I write an apologetic message about why I didn't finish my last hack and stuff and say I'm really sorry bla bla bla, but I'm not going to as I actually finished my last hack! What's going on? I never finish hacks! Anyway, this hack is sort of a follow on from The Lost Land 3, but it has no elements of getting Lost on a Land. And finally, I was going to make The Lost Land 4, or The Lost Island, or The Lost Land Legends, but didn't.


So, what's this hack about?

Basically, it's a full sized hack, 9 worlds long, custom stuff, ASM, Graphics etc. But still having some vanilla elements. There is parts of the hack that you can play as Yoshi in, two in each world to be exact. I'll just throw them in randomly though.

"After the Bro's unexpected trip to a Lost Land, they, along with Peach and Yoshi too, decided to take a break. They went to an island called Ring Island. The name coming from the Jewel Ring there that the Toads there believed had a magical power: Whoever holds the ring will become immortal forever.
The first night the crew was at Ring Island, there was a thunderstorm. They woke up the next morning to see Peach and Yoshi were gone! Mario and Yoshi went to the main hall to see that also the Jewel Ring was gone! They then went outside to see a giant footprint in the sand. Could Bowser be The Jewel Ring Thief?

Beach
Ice
Mountain
Sky
Space
Grass
Water - Will be a short world
Lava
Epic Mode - One level from each world made a lot, lot harder

Enough walls of text, let's show you want I have done so far:

- Ignore the rest of it, just look at the beach.

- The brown room is the room where the crew is staying, you may recognise the graphics in that from The Lost Land 3. I still need to add a bed or four?
- I also need to draw some beach decorations, what do you find on a beach for decorations?
- In the Hub there is three houses:
> Pay to Play House - Pay coins to play extra bonus levels, and if compelete you win a prize!
> Bonus Star Shop - You pay Bonus Stars for items, as shown in SS5.
> Rex Races - You race Rex to the end of the race course - Concept is similair to Goomba Galloping in Super Mario - New Worlds - View video of it here, and here.

Last seen: 7 hours and 43 seconds ago

Posted on 2012-04-28 05:14:22 PMLink
Lord of the rings references? But yeah, nice ideas there, for decoration for the beach GFX, how about some litter, beach balls, nets and perhaps a BG would be nice.!!! YOUR SAMPLES ARE COMING SOON !!!

And for beach decorations, you could go with palm trees and seashells, just to name a few.

@Daizo - Never watched Lord of the Rings, but thanks! I forgot to mention I am going to sort out a BG.

@Luigi-San - Thanks for your ideas, I will use them.

It is cleverly designed so that you CANNOT see the cloud area from the ICE or BEACH maps.

Now, it's time to go up the mountain to the mountain world. Then, going further up to the sky, and then space. See, I made it so you go upwards.

Posted on 2012-04-30 04:31:50 PMLink
Try adding some slopes/less flat terrain to the overworld, it will really help.Your layout has been removed.

Posted on 2012-04-30 07:08:20 PMLink
Your hack is coming along nicely! I really like your palettes for the overworld and I love it when people do the cloud idea with OW tiles.


As for level names I'd personally go for the unique format.
I'll be waiting to see more. 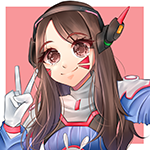 Posted on 2012-04-30 07:09:33 PMLink
Looks pretty cool.
I'd suggest you use some custom GFX for the Toad houses on the Overworld so it doesn't look as awkward and I don't know if those paths are final or just for show but I'd suggest using OW events if they're not cause it would make it more cool

Well, your OW is pretty much looking awesome ^^ but the cloud tiles are kinda bad placed, you'll still adjust them, won't you?

And I prefer unique levels for chocolate hacks

From: Somewhere over the rainbow...

Posted on 2012-05-01 10:26:33 PMLink
This actually looks fairly neat. Although, as stated before, less flatness, and adjust the cloud tile slightly, or just put a transition level there from the Mountain World to the Sky World.

And how are you going to get the Grass, Water, and Lava worlds, anyway? It's not like it'll be in space or something. Perhaps on another planet?


Now I show a screenshot:

With real HDMA, background etc, now comment on it!

Also, I will say that:
I will reply to posts when I have an update, so I don't get caught by double post limit.
Also, I want to show updates like 1UPdudes has with S"M"W2, showing updates while keeping you interested but not giving away too much. I gave waaaay to much away with TLL3 :/
Last edited on 2012-05-02 09:08:28 PM by Tahixham

It looks really nice. I like the overworld, but there are some clashing styles in the levels. The Toad Houses (clever use of the giant Mushroom icon from SMAS SMB3) are a bit too SMB3-ish. Maybe also try to give Mario new and/or more fitting graphics, or at least recolor him.Re-registered as Roadsguy.

- but what are these star blocks supposed to be? They're looking kinda odd actually...

Last seen: 5 years and 3 months ago

Posted on 2012-05-03 04:11:43 PMLink
@Roads1 - Thanks, I have changed many things now as you pointed out in the screenshot below. I probably won't change the player graphics, but I need to change the houses in the hub on the OW to Toad Houses.

@Austin - Thanks: The star blocks as you called them are this - the whole concept in this video is in this hack, I made it for this.

Now, here's a new screenshot of a more polisshed level one:

The "arrow" is a boost block - There are three red coins in each level, they get saved to SRAM and they will be used in the future.

Here's another screenshot of the next area of the level:

Now tell me what you t'ink.

From: A place you don't need to know