(Note: playing QoFMi1 is not necessary for the story. If you want to try something from us, I'd actually recommend Il Maniero Spettrale which is much more recent.) 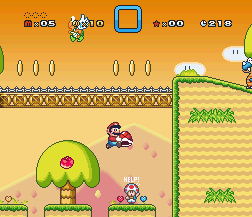 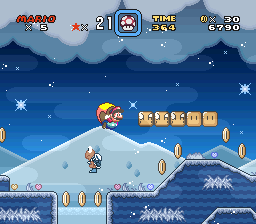 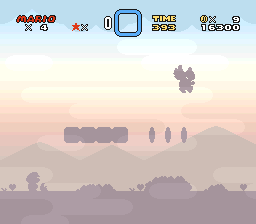 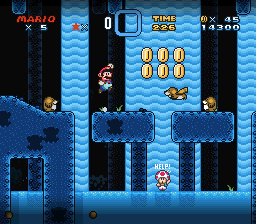 The soundtrack is by RednGreen. Most songs are original compositions, with a few exceptions: this is a remix of Underwater City (Rudra no Hihou), one of the most iconic songs from QoFMI1. It's the first song you hear as soon as you step into the Eternal Dimension, and it's going to be the first in Quest on Full Moon Island 2 as well.

Here's the tune for the factory stage. It's more uptempo than anything you hear before, for a key level in the game.

Posted on 2012-05-12 03:12:48 PMLink
Man i played the demo and i loved the level design,music.Well i will see more in the full version!
How long will it be and how long will we wait for the full great work?

EDIT:Sorry for so many questions.

Posted on 2012-05-12 06:28:06 PMLink
Originally posted by xImseiken3
Man i played the demo and i loved the level design,music.Well i will see more in the full version!
How long will it be and how long will we wait for the full great work?

EDIT:Sorry for so many questions.
Thanks, I'm glad you liked it.
I don't know how much time it will take, but hopefully it will be ready in time for the next C3. It shouldn't be very lengthy, but I plan to do at least 40 levels.
@Stormkyleis

This is so fucking epic. *downloads* *notices there's no download link* *bawww's*

Posted on 2012-05-12 07:22:25 PMLink
Originally posted by Storm Kyleis
hopefully it will be ready in time for the next C3.
It's going to be atleast half a year till next C3, probably a whole year, thought.That means You will have plenty of time, all thats left is motivation

The screenshots look good so far. Pretty nice graphics and palettes. I'll try the demo after I play/finish the first hack, then I'll have more to say.

Also, are the gradients in the backgrounds made with HDMA?

@ MaxodeX: There's a download link under the first three screenshots.
@ xlk: Well, motivation and free time are my biggest problem. I worked on Quest on Full Moon Island 1 for three years with many pauses and it was just 32 levels long. Hopefully I'll be faster this time.
@ Best Video Gamer: Yes, at the moment every level but Extravaganza II (the night level of the third screenshot) makes use of HDMA.
@Stormkyleis

Posted on 2012-05-18 01:43:22 PMLink
Man, it's awesome, good choice of the Palette colors, and i has watched a video, godd choice of musics, but the Status Bar in the Screenshot of the level Extravaganza is Wrong, if you no edit the Status Bar, use the patch Sprite Status Bar, that Patch fix. Just Saying, but this Hack Looks better of the Quest on Full Moon Island - Redrawn.

Posted on 2012-06-23 10:53:44 PMLink
I just finnished Quest on Full Moon Island (the 1#) some days ago and i loved! The level design and specially the music themes were awesome (Eternal Rest is incredible, and Eternal Sunlight is supreme). If you will put the same effort in QFMI2, it will be a gold hack!Glitch hunter, RAM eater, pseudo-TASer.
Scripts, documentations, and misc: SMW stuff on Github, YI stuff on Github, The Flintstones stuff on Github
Stuff and me: YouTube, Twitter

Posted on 2012-07-12 06:18:50 PMLink
I could say many things about this small demo. But I'll just keep what I﻿ have gush about short and sweet. The level design choices are spectacular, the mix between vanilla and chocolate inserts are beautiful, and your animation eye-candy is fantastically intriguing and adorable. Please continue this demo, I highly look forward to playing it.

Posted on 2015-01-28 12:57:56 AMLink
It's been a long while since the last update. My motivation comes and goes, but I'm definitely going to complete this! Quest on Full Moon Island 1 took three years to make as well, sorry to keep you waiting for so long. So, here's an update about the current status of the hack.


This is how the first level looks today: 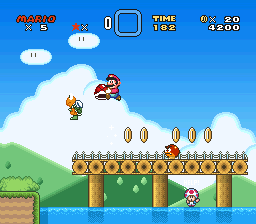 Of course the Eternal World from QoFMI1 makes a return!

There are going to be more silhouette levels, inspired by DKC Returns/Tropical Freeze.

Yoshi Coins are gone: you need to rescue Toads instead.

Those screenshots also look great; it seems nice design-wise and the atmosphere is fantastic at each of them. Great work!

Posted on 2015-01-28 01:13:49 AMLink
This looks like it will be a very high quality hack. The aesthetics just look outstanding and from what I see of the design it looks rather fun. I'll keep an eye out for the next time this thread is updated.
c3 winter 2021 | music stuff | youtube

Posted on 2015-01-28 01:29:02 AMLink
Pleasure for my eyes, as I was expecting for a sudden update like this since I've played the C3 demo years ago. Everything looks really good so far.

We're back! Firstly, this is now going to be a collab with RednGreen and Firoshi. We made Il Maniero Spettrale together for HLDC 2014, so this is our second collaboration. Secondly, the hack is now in a decent enough state for regular updates - I'll do my best to keep this topic updated with new stuff. Here's a bunch of info.

The first one is an update on how Flowery Meadow (the first level) looks today. Just like in QoFMI1 the journey begins in the normal world, before venturing in the perilous and exotic Eternal Dimension. There's also a new status bar since the last update. The second one is where things get real - what's behind the "danger" door?

Here's the tune for the factory stage. It's more uptempo than anything you hear before, for a key level in the game.

Userbars
Finally, userbars! You can support the hack as we (hopefully) approach the final months of development.

Man, this looks hella neat; the design is interesting; aesthetics are perfect, and that track is really good (can't expect less from RedNGreen). Keep it up guys, I expect a lot of this!

Man, this looks hella neat; the design is interesting; aesthetics are perfect, and that track is really good (can't expect less from RedNGreen). Keep it up guys, I expect a lot of this!
Right, updated.

That lava, though, looks like it could harm you. When it doesn't. Kinda confusing.

Heh, I remember you three working together on a Halloween level that won first place in the Halloween Level Design Contest the other year, and this looks pretty awesome as well. I'll totally have to play this when it comes out

From: Trinidad and Tobago

Posted on 2016-01-10 01:31:52 PMLink
I got to see nice graphics then I'm definitely going to this and next thing is support it in user Bio already supported

I'm giving you a score of your level design skills