Getting emotional over (A) hack (or level) 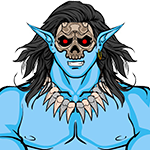 Posted on 2012-07-18 01:31:31 AMLink
It doesn't have to be YOUR hack or level, I mean it could be. But have you ever played (or playtested) anything where suddenly a wave of emotion hits you? I'd like to see what all of you hackers and players have to say about this one...

Posted on 2012-07-18 06:33:47 AMLink
lol Yeah actually anger tends to be an ofter occurrence playing my own levels and some levels of other people.... Generally I am able to get past it once I'm beyond whatever wall of a level was blocking me and keeping going in a better mood though.Your layout has been removed.

Posted on 2012-07-19 02:44:08 PMLink
When I played SMW 2+3 at the final cutscene before the final boss.
I was quite emotional with Kamek's story and Perry's lecture on Roth. The music helped even more to create that atmosphere.

Posted on 2012-07-19 04:53:56 PMLink
Probably the one hack that really gave me a true feeling of excitement was Super Mario Odyssey. When the first demo came out in 2003, SMW hacking was still relatively young and there weren't many innovations seen yet. The minute I saw that rocket ship unexpectedly burst out of the overworld, I was amazed. I could tell that this hack would be something different and remarkable. Even though the demo ended right after that, there was a great sense of wonder of what would come next, and BMF showed off numerous impressive screenshots leading up to the second demo.

Shame the final release never saw the light of day, because I feel that even a decade later, it would've been incredible.

Posted on 2012-07-19 06:41:12 PMLink
The only emotion I've ever really felt from a hack is frustration. Many of the hacks I've played are just too damn hard and I tend to get easily frustrated at video games in general. I even got pretty frustrated playtesting the level I made for SMWCP2 one time.

Aside from that, no hacks have really had any emotional impact on me. Though I have felt a bit of excitement years ago playing Mario's Keytastrophe and Brutal Mario simply due to how impressed I was. Though lately I haven't really felt that way towards any hack. It takes a lot to impress me now.

Last seen: 45 minutes and 19 seconds ago

Posted on 2012-07-19 08:31:14 PMLink
I remember getting pretty emotional over Keytastrophe back when demo 2 came out. It was kind of a mix between nostalgia and inspiration, and I even had a dream or two about it.

Posted on 2012-07-19 08:33:41 PMLink
I definitely remember getting somewhat emotional with a few hacks, but unfortunately, these happened usually years ago. Just a few things I remember:

TSRPR: I was so amazed at the ending credits (along with the amazing music) that it still motivates me to continue hacking. The way it's done, how Bowser's Starship flies away and Mario watches it...

Brutal Mario: the whole thing, basically. Years ago, it was pure amazement, nowadays it's amazement plus the very strong nostalgia factor. For some reason, the short demo with the custom music and purple submap is the most memorable for me.

Super Mario Odyssey: like Jacob said, it can still be counted as an incredible hack, plus it was one of the first (if not the very first) hacks I've ever played. The way the rocket ship "grew out" from the ground was almost shocking for the first time I've played it.

SMW 2+3: The Essence Star: probably one of the few hacks that I was actually really waiting for and has been actually properly finished. The ending cutscene made me really feel sad and the music was so cleverly used that (no joking) I almost had to cry. Few hacks had such great stories.

Mario's Keystastrophe: again, music + unique level design + one of the first hacks I've ever played = high nostalgia factor. I can still hum most of the songs that were in the hack (especially from the second (?) demo).

Tale of Elementia: Both demos make me remember the old times, though the first had the bigger impact on me...I met many famous tunes (like YI, Super Mario RPG etc) for the first time in this hack (since I haven't played any of these games in my childhood). The forest, the Earth Temple, Parrowtunes' House...such great memories.

Posted on 2012-07-19 08:39:53 PMLink
In terms of actual sadness, the end of Foursword4's hack "The Legend of the Rift" did it for me (SPOILER for those who haven't played it: the last level is essentially a gravestone dedicated to the memory of his father, who passed away a year before the hack's release date).

Posted on 2012-07-22 02:26:12 AMLink
Like other here, I nearly teared up during that scene in SMW2+3 where
you meet a character's true father, hiding in a cave.
It might've just been the beautiful Secret of Mana music, but it was a very emotional moment for me. To anyone who think's it's silly to get emotional over text on a screen, go play Mother 3... or along that line of thinking, go read a book.

I was also pretty excited the first time I got Lunar Magic working. (HOLY SHIT NEW AND CUSTOM LEVELS IN MY FAVORITE CHILDHOOD GAME THAT I'VE PLAYED TO DEATH!)
Last edited on 2012-07-22 02:28:57 AM by Imperishable_NEET

Posted on 2012-07-23 01:04:45 AMLink
For me, the most emotional part of an SMW hack was in The Crater by metalgearhunter and SCORPION. When I first saw the part where Alanea died, I almost cried.

This hack isn't on SMWCentral at the moment, but it will probably be re-released soon.