Which is worse? Being an attention whore or pretending to have something that you dont?


Alright, I would like to know what you think is more despicable for a human being to act? Being an attention whore craving to get famous and doing whatever it takes to get "15 minutes of fame" or being pretensious on having something that would have people concerned and exploiting their feelings just purely to get what you want? And what would you do and how you will do it and how you will react.On Pixel Art Requests: I generally do not accept work unless I either have the time, if I see your project worth my time to contribute towards, and that is usually me doing the approaching to you on that.
-I also do not accept speculative work as I do have various art I made on-hand with me.
-I am more receptive to equivalent exchange of resources in which case, you can DM me wherever I have an active presence on for the details.
-Other times I'm availible for your project is C3 request threads I may run.

Second, both of them are equally despicable and wrong. Honestly, anyone who acts like that needs to learn that fame isn't everything, nor that getting pity or having people do something for you because you lied to them is a terrible thing. I'd rather have somebody do something for me for something honest.

Posted on 2012-12-07 11:43:36 PMLink
I would say pretending to have something you don't, because that means the person doing this isn't just an attention whore, but also a liar. So, the person who does this is actually doing both despicable acts.

As for the "recent member", I agree with BlackMageMario. Don't worry about him.

Posted on 2012-12-07 11:52:18 PMLink
There is absolutely nothing wrong with wanting attention. I want attention. You want attention. Few people are satisfied being just another grain of sand on the beach, and I don't see why anyone should be satisfied with that.

The problem is HOW that attention is pursued, along with standard caveats about priorities (it shouldn't override more important things). Lying and cheating your way to fame is bad. Achieving it honestly is good. You should never hide your honest successes... nor should you hide the methods you used to achieve them. 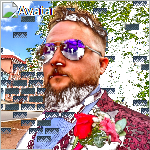 Posted on 2012-12-08 12:51:15 AMLink
I think it's very pathetic to "fake" something to make it easier to get people's attention or some sort of a picture that the person is better than he/she really is. There is no shortcut. You need to do job to succeed.

Also sorry for OT if I totally missed it.

Last seen: 4 months and 2 days ago

Posted on 2012-12-08 01:31:08 AMLink
About that user, I want to say I can understand why he did what he did. It's all part of human desire to want attention, and I've been driven to do some pretty crazy things for it myself. Not that I agree with his doings by any means, but even if he deserves it, he's getting so much hate I almost feel sorry for him. Hate me for it if you will.

As for the question, Conal hit the nail on the head. The question is malformed because faking a condition is one of many methods of seeking attention. Of course, it's probably the worst way I can think of to attract attention to yourself though, in my opinion. Telling lies is a very grey thing to do, and in faking a serious illness you're undermining those who actually do. I've lost two close relatives to cancer, and might loose a third, so I know it's no laughing matter.

Being an "attention whore" could mean so many things that it's hard to answer the question, ultimately.

Originally posted by Zero-X
About that user,

Keep it on topic please. The remainder of your post was within "acceptable" limits.

Posted on 2012-12-08 04:33:42 AMLink
Well I would have to say they are not the same. Being an attention whore... that just annoys people, and makes them want to avoid you. But, Pretending to have an affliction just to get attention, now that pisses people off, and makes them lose respect for said person. Liars are as no-good as thieves, the only difference is the liar is stealing the abstract idea of trust and truth. Oh wait, there is no difference =P
Visit My

Posted on 2012-12-08 05:07:54 AMLink
Pretending to have something that's going to cause concerns for others is definitely worse. Unlike begging for attention, it takes advantage of other people's sympathy and makes them feel violated. Plus it's extremely disrespectful towards people with said condition.I no longer have interest in SMW Hacking as I did when I first started several years ago.

Posted on 2012-12-08 06:27:12 AMLink
I find placing emotionally-volatile amounts of trust in random anonymous strangers on the internet to be the worst of all.

Posted on 2012-12-08 06:28:41 AMLink
Both can be devastating if gone too far but for sure, pretending you have something that you actually do not.
meh

Posted on 2012-12-08 07:59:37 AMLink
Originally posted by Kaijyuu
There is absolutely nothing wrong with wanting attention. I want attention. You want attention. Few people are satisfied being just another grain of sand on the beach, and I don't see why anyone should be satisfied with that.

The problem is HOW that attention is pursued, along with standard caveats about priorities (it shouldn't override more important things). Lying and cheating your way to fame is bad. Achieving it honestly is good. You should never hide your honest successes... nor should you hide the methods you used to achieve them.

Yeah, pretty much that.

The latter is also pretty much the former. If I were to react to someone pretending to have something they didn't, I would shit fury. Good thing no-one's done anything like that.

Posted on 2012-12-08 01:42:44 PMLink
As others have said, we all want to be noticed, and pretending to have something you don't is just one means of attention whoring. If I don't have a whole lot of trust invested in someone and they reveal they've been lying, then I just shrug it off and move on. What I wish to understand is if people who lie for attention even realize that's going to get them a whole lot of negative backlash and can even be self-endangering, be it a rise in external or internal conflict. I get interested in things like this and want to analyze them in hopes that it's possible to stop similar minds from making the same mistakes.
Just look above you...
If it's something that can be stopped, then just try to stop it!

Posted on 2012-12-08 03:28:34 PMLink
Seeking attention isn't really a bad thing, as human beings it's something that we crave. Although how you go about doing it is what makes it in the right or wrong per say. Now pretending to have something that you don't also kinda works in the same fashion, but it's a matter of what. Generally you shouldn't pretend to have certain things like: diseases and stuff of that nature or along those lines. And for what? To garner attention to yourself? Now that just makes for a horrible individual that karma is gonna hit back ten-fold.

Anyway, bottom line is being an attention whore and using underhanded means to draw that attention towards yourself is wrong, period!

I understand it's human nature to want attention. I don't think that would ever validate faking an illness. Many of us, myself included have suffered a family/friend loss to the hands of illnesses such as cancer, and it's not an easy topic. It's the one year anniversary today that someone close to me died in fact. Speaking from that view point, I can't find any reason where lying about having a disease is acceptable. Especially when it takes away from those out there actually battling with illness. I don't think even those that haven't suffered a loss like this can validate the use of a fake illness in any scenario.

So gathering all that into an answer, what's worse? doing whatever it takes to get famous, or faking an illness. Well they can kind of combine into the same thing, but let's say they don't. No ammount of spamming, popup ads, billboards, T.V. commercials, references, you name it that advertise a person can ever compare to the seriousness of faking an illness.

Posted on 2012-12-08 08:36:34 PMLink
In my case, forcing people to get your attention is a big NO! Especially when you lie about having a serious disease to get such attention. I think it's best to wait for the right time to ask someone what you want them to do, if that person says 'no', then that's the absolute answer from them, you can't force them to say 'yes' unless you have a good reason to. With that, lying is also a foul. One should always be honest.Perfection is something that requires something that incompletes it. Perhaps it also breaks itself.