Bad Patch- game reuses to even load the Nintendo Presents screen. Please make sure that you've tested your patch on a clean unmodified SMW ROM. On a side note, the screenshots you posted look very nice and I'm hoping this demo plays just as (if not better than) nice as it looks. 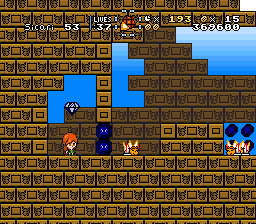 Main reason is this. If the player gets inside this formation, takes damage and the Turn Blocks stop rotating, they're stuck inside of this and are forced to wait out the timer or reset. Yes, the player has to be dumb to let something so obvious happen, but still. 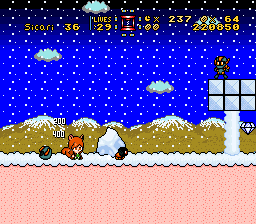 If the player L/R scrolls the screen at this part, the game freezes because of the autoscroll trying to do it's thing. Honestly there's no real reason why this level even needs an autoscroll to begin with, especially this late into the level.

Take care of those two (despite the rest of this post) and you should be good to go.


Additional things to take into consideration. 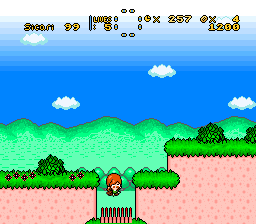 It'd be nice if you informed the player that beds of spikes such as these are lethal. 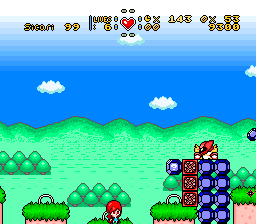 Try to avoid having the player stand on the bottom row of the level. This particular example is less offending than cases seen in other hacks, but I would discourage this regardless. 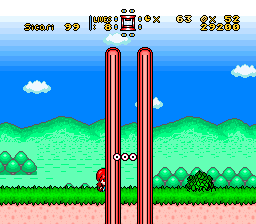 Sicari goes behind the gate, but the "tape" is still over it. It shouldn't be difficult to draw a couple of 8x8 tiles of the gate going behind the grass. 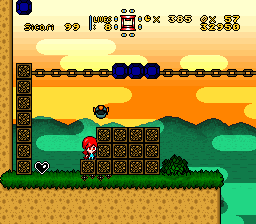 Is this heart miscolored or is it actually supposed to be black? 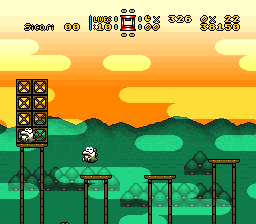 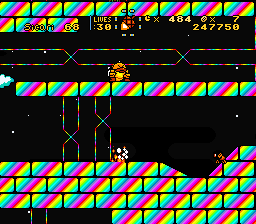 Observation (read, not a removal reason): It's pretty odd seeing the default Eeries and Sumo Bros in this. 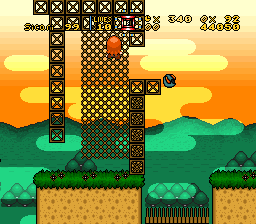 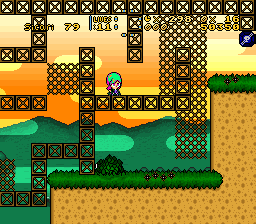 If player 2 isn't being used, then I recommend that you give them a custom palette for things such as obtaining Fire powers and invincibility. A little bit of elbow grease can go a long way. 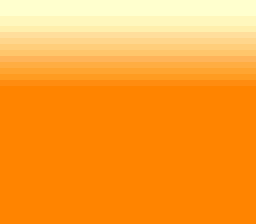 Stuff like this occurs for a split second occurs in any level with gradient HDMA and a level transition. Apply the HDMA fix patch located in the Patches section. 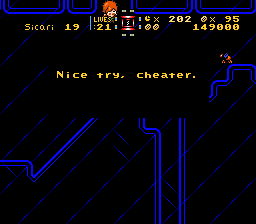 Observation: I admit, I laughed a little.

http://media.smwcentral.net/MrDeePay/Moderation/Sicari%20(Demo%202)016.png
Infinite 1ups are possible here with the lesser-seen example of using a Dry Bones or Bony Beetle. Apply the No 1-UPS While On Vines patch located in the Patch section. 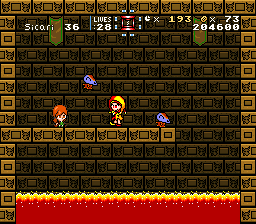 Minor: Note the status bar and compare it to other levels/screenshots. 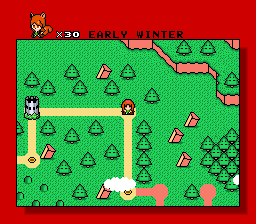 Minor, since I'm sure you'll be on this anyway: Snow level on a grassy plain?

It'd be nice if you informed the player that beds of spikes such as these are lethal
Unless you mean instant kill (which you may well do), isn't that kind of obvious?
SMWC's official dentist since 2011.

To tell the truth, they don't look a ton like spikes, so it would be better in the long run.

Posted on 2013-01-27 06:10:00 PMLink
I don't plan on re-submitting the second demo. I've fixed most of the stuff here, but I'm planning to wait a little until I have more levels. I will release the final demo soon though.

Originally posted by MVS
Unless you mean instant kill (which you may well do), isn't that kind of obvious?