There seem to be three placeholder spots left.
Maybe the Ballot will pick the top 3? That's my guess.

Posted on 2015-10-02 10:26:48 PMLink
3 could very well not be the final number. They had 2 character placeholders before this and now increased it to 3. All this means is that we might have 3 characters minimum. Hell, the number could go down too.

Posted on 2015-10-03 05:21:59 PMLink
Originally posted by Bad luck man
3 could very well not be the final number. They had 2 character placeholders before this and now increased it to 3. All this means is that we might have 3 characters minimum. Hell, the number could go down too.

Who knows really. I think they learnt there lesson from last time not include upcoming character names in certain patches before they release... ahaha XD

I wouldn't mind in total if the DLC for characters ended up been:

That'd be good for me.

I really miss the Ice Climbers ;_;

I dunno. I'm gonna go with 3 more characters. 1 more while we wait for them to count, decide, model and test the characters from the ballot. And another 2 that were decided from the ballot. Since the site asks for your gender only, they will probably decide on the top pick from males and females each.

Hoping I'm wrong, though. I'd definitely like to see a few more than 3 characters being in. Because by the looks of it, K. Rool turned out to be one of the most popular everywhere and he would be a yet another wasted slot.

Also, looks like the ballot page in Japan has closed, but as of now the USA page and other regions remain open. Maybe they'll be selecting the most popular out of every region then??? I just don't now anymore. We just have to wait and see.
Last edited on 2015-10-06 03:03:49 AM by Bad luck man

Would they mix and match or would they just go for the DKC1 style?

Some of the hints dropped by those people in particular are:

We can round down to a few select characters. But I think the character in particular will certainly be Inklings.

My reason for this is that not only was Splatoon a big hit, having outsold Smash Bros. Wii U in Japan, and selling over 1 million copies worldwide, but also there is a major update coming up next week for Splatoon. However, only weapon balances and some stage fixes have been detailed.

I think they will use the Inklings reveal as a way to promote Splatoon and the coming update, which will almost likely include other things that have not been shown, such as playable Octolings (which have also been hinted at for Splatoon).

But there are also other characters that fit this criteria. We got Wonder Red, Dixie Kong, Captain Toad; characters from WarioWare, Pikmin, Xenoblade X,
dr luigi
, and more that I'm probably missing, but Inklings are probably the biggest of the bunch.

Or this could just be some major elaborate troll. Who knows? We are all hype deprived.

Posted on 2015-10-19 05:53:24 AMLink
Originally posted by Bad luck man
But there are also other characters that fit this criteria. We got Wonder Red, Dixie Kong, Captain Toad; characters from WarioWare, Pikmin, Xenoblade X,
dr luigi
, and more that I'm probably missing, but Inklings are probably the biggest of the bunch.

Nice, I'm going to
see how he got rekt
. 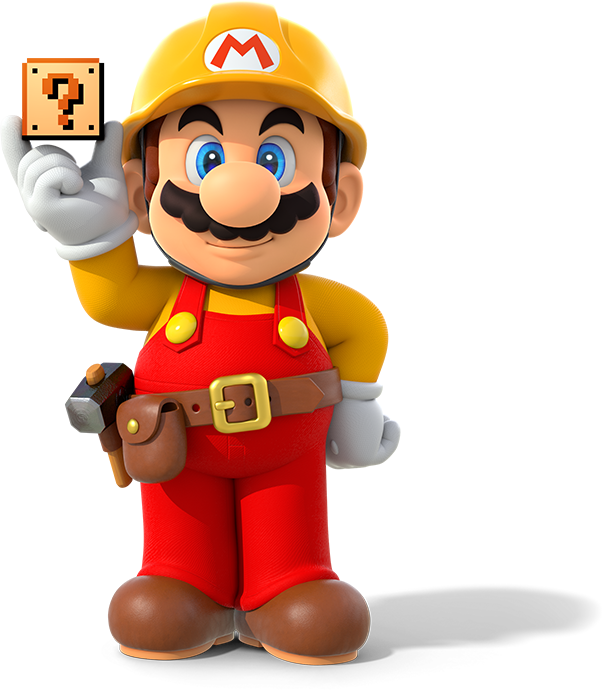 No really though. That was quite the surprise. Good job to the Smash team on not letting the secret go out for once.

Seeing that it was Cloud I'm quite surprised. All I could think was that maybe the chances of Geno from SMRPG getting in are a lot bigger now, heck that goes for anything or anyone now due to Cloud in Smash being a massive joke in the Smash Community. o.o

I bet many are super happy he is in.
As for me I like the stage he is bringing. Looks like chaos in its normal form and a cool to look at in its Omega probably.

Moving onto to the Smash Broadcast next month. I'm guessing Ballot result? Release Cloud at the end of the year and ballot characters next year? That would fill up the 2 remaining empty slots that the data miners found.

Overall anything can happen!

Posted on 2015-11-15 12:52:34 AMLink
I think Nintendo's going to punish us severely for voting Ice Climbers. I mean, the 3DS can't run them if the background's a hall of mirrors...Let's milk Sunny Milk. Then she'll have enough money to fund Sunny Milk Real Estate.
Everypony's digging with a shovel

Also, in December 3rd The Game Awards 2015 will happen and it has been confirmed that Nintendo will be showing up with "new content". The Smash Bros. announcement was said to be in December. Could it be that they show Smash in the game awards? Seems pretty soon into december but still possible. Get hype?
Last edited on 2015-12-09 06:39:48 PM by Bad luck man

Sakurai will be detailing Cloud's movements and more.