Posted on 2013-06-28 01:56:46 PMLink
Super Mario World - Replica
I've been developing a hack for a long while, called Super Mario World: Replica.
Story: placeholder lol
REDOING ALL THE LEVELS (keeping the same setting and stuff)
The features of this hack are:
-custom music
-custom ExGFX
-custom sprites
-patches
-custom bosses (soon to be added)

Here are some screenshots:
Title Screen 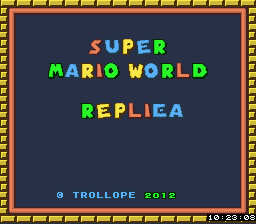 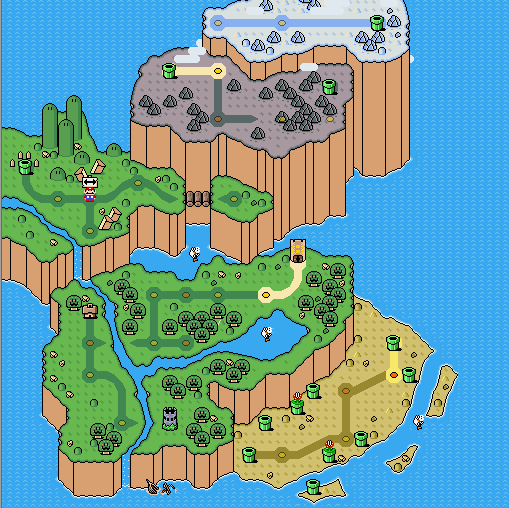 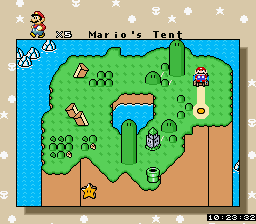 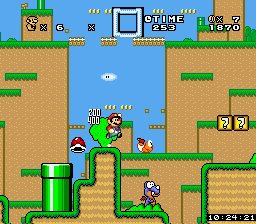 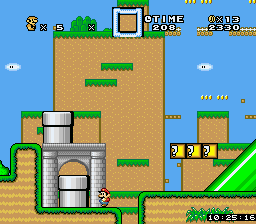 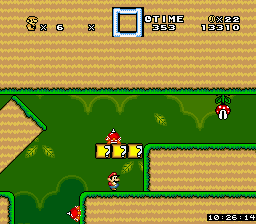 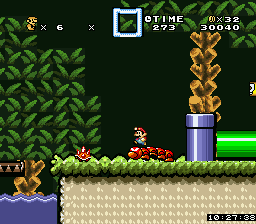 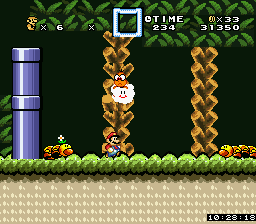 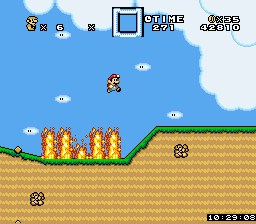 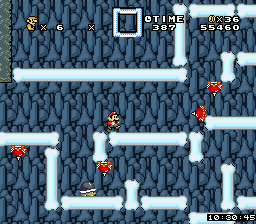 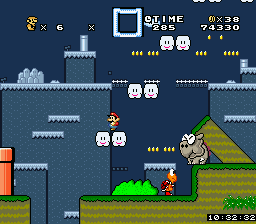 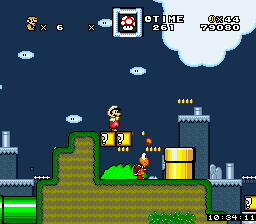 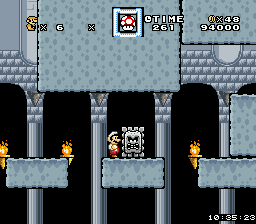 So yeah after 6/7 years of this hack first being in development and around 5 years after it ceased development, I am back at it.
The hack will be better than ever and hopefully finished this time.
The outdated pictures are here for now. Just for reference I guess lol

ALSO QUICK EDIT: THE OVERWORLD WILL BE CHANGED WITHIN 5 MINS WRONG PIC (done)
also an edit: i've lost quite a bit of knowledge about smw hacking so it will take a small amount of time to relearn this stuff. also does anyone mind if i don't use capital letters, lazy boi here
Last edited on 2019-01-11 12:25:44 AM by Trollope

Nice graphics although the actual title level (C7) is empty. Maybe you could make a title level to spice up the screen.
Nice little submap although some of the decoration could be a bit varied and not grouped in one place. What is up with the random star
down there? Also you have not put those black lines (whatever they are called) under some of the curves in the submap and you have an
unnecessary one as well.
Looks like a good level. No major design flaws here that I can see. The lower tiles of the item box have no black outline so it looks weird.
Looks a bit bland and does not look like much of a cave. Reminds me of a level from my first hack.
There are sprite memory issues here (as shown in the last screenshot) and the background has cutoff.
Looks more like a hill/sky level than a beach. Like level 2, it is a little bland.
I do not enjoy those kind of small areas in that bone-maze. Try to open it up a little.
Seems nice like level 1. Nothing much to say here.
I would like to see more screenshots before I comment.

Not a bad hack you have here.

Posted on 2013-06-28 03:08:26 PMLink
So far, I like the design on your hack. The 3rd and 4th images remind me of the backgrounds in Mario Gives Up. I also like your title screen, with exeption of the "c" in replica. It looks more like an "e" so i recommend to try to repair/fix this. You're going good~! Don't give up on this. Not like i do

Posted on 2013-06-28 03:25:16 PMLink
Thanks for the positive feedback! It's not in beta stage yet, first three worlds are done, about three more to go. I will post more screenshots as I finish levels. And don't worry, I won't give up on this

Given a first look, this looks like a decent hack. It seems you're good design-wise. However, in some of your screenshoots, the graphics don't look very good. I'm going to avaliate it in parts, like Everest did.


Storyline: sounds cool, not really complex but it's much better than the regular "rescue Peach" one.

Title screen: like already said, just a plain color background looks empty. I suggest either making a level or adding some kind of drawing or scene in there.

Submap: not one of the best I've seen... Like Everest said, it looks kind of plain. Also it would look fancier if you actually added tiles where the island touches water, so it won't look like it's indefinitely high or something.

First level: looks pretty good! The second screen looks like it lacks eneimes, though, but it could be just about the place you took it. 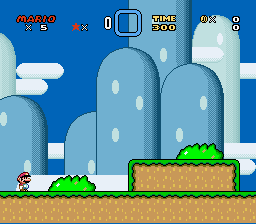 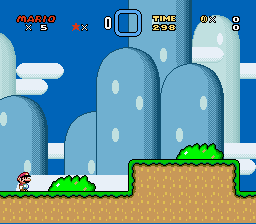 Other than that, it looks good. Not a true fan of piranhas coming out of land, but it's not a big of a deal. Also I guess more decoration would be a nice touch.

Level 3: well, I see you're going to redo it so... Just a little tip, be careful with clashes. Make sure all graphics in your hack fit with each other, so it looks more consistent. ;)

Level 4: then again, more decoration would be good. But I like how the background looks like and the atmosphere is pretty good for a beach level.

Level 5: to be honest, I don't like when people abuse of those bones. I reccomend you using land tiles instead; you can do some map16 shenaningans with the land graphics so they will replace the bones perfectly. But then again, it's just a suggestion.

Level 6: not a fan of the foreground palette. It looks too dark and low-saturated. Otherwise, this level looks pretty cool; the background is pretty fitting!

Castle: good background graphics. I can't tell consistently anything about the level design since it doesn't show much of the level, but it looks good from this screenshoot. It asks for new foreground graphics though!


I'm like what I'm seeing overall. You seem to be pretty decent at level design, which is certainly the most important thing in SMW hacks. Good luck!

The pipes are cutoff when they reach the ground, If you can, fix that. Also the horizontal tiles on the item box appear to be upside-down, which looks really strange. Not sure if I explained that correctly, but that's how it looks to me.
Last edited on 2013-07-01 02:50:47 AM by Wavee 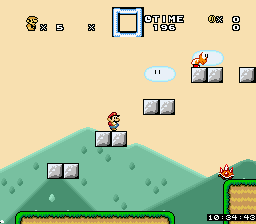 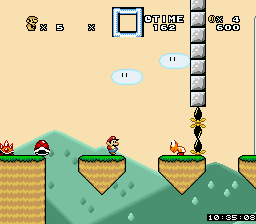 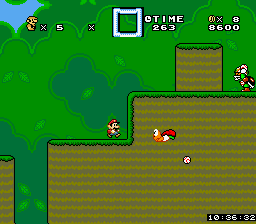 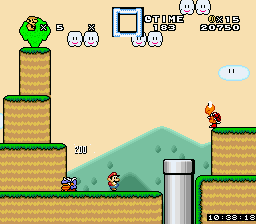 The Path of Venuses 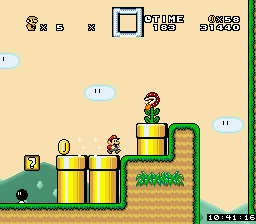 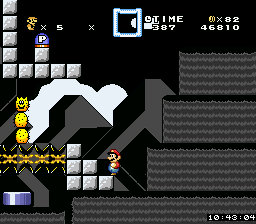 Posted on 2013-07-01 01:49:23 PMLink
The level design looks pretty good, but the palette in Vile Trickerade
looks bad as well as the bg palette Supreme Playground.
Other than that it looks sweet.My hack TEMP is cancelled for now but I started a new
vanilla hack, you can visit my thread here.

Last seen: 7 minutes and 30 seconds ago

Posted on 2013-07-01 01:53:35 PMLink
I don't really have much of a problem with Munchers growing out of each other (in real life, I've seen peppers growing inside of peppers) but others may just see it as Flunchers.
If peppers can grow off of peppers, why can't Munchers grow off of Munchers?Legacy custom music
A site where you can be able to hit that dislike where your dislike will be visible to other people and not have to rely on a browser extension as well as actually watch my SMW hacking content

Posted on 2013-07-01 05:08:14 PMLink
Thanks for the support.
I will recolor palettes in Vile Trickerade and Supreme Playground. 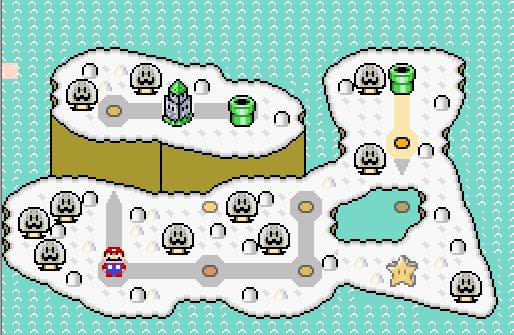 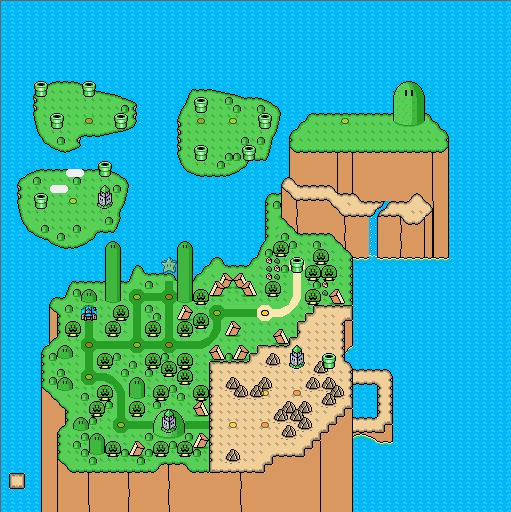 Ice Overworld is a little bigger because of Zoom.

Posted on 2014-01-08 07:16:49 PMLink
Doesn't look bad to me though I can see a huge perspective error on the main overworld (top-right). A transition between palettes would look even better there but it is your choice.