Posted on 2013-08-31 05:19:43 AMLink
world 2 is now completed (up to morton's castle)! just don't play "donut secret house" because that level is in progression. i have tried to put all my effort in level design abilities to my maximum strength and the levels should be fun and fair to play.

feel free to review, criticize, or even test this hack. i would be gladly appreciated! besides, the more feedback i get, the more fun this hack would be ^^.Currently: Attending college!
Last edited on 2014-02-09 06:11:01 PM by mario and luigi

Posted on 2013-08-31 08:17:03 AMLink
It's not the best to just do small modifications to overworld as it does seem somewhat lazy, but I cant prevent you from doing so. That said, the overworld is still not that great looking. The red water in Yoshi's Island looks really out of place, and I have no idea what's going on on the main map. The palettes there are really honestly hideous. The water's far too dark, the black paths are ugly, and the contrast doesn't look all that great. But the palette issue don't end there. In the first level, I can see you're going for a distinctive and unique palette, but it still doesn't look great. There's just too much red. The bush decoration in the ground has a outline that's too bright, and the above ground bushes could use a better gradient. I know the background uses a standard smw palette, but there could be some improvement there too. The clouds contrast too much with the black sky. I'd say you should lighten up the sky a little and darken the clouds. The second level lacks the bad bad palettes that plague the rest of what you've shown (it does use a standard palette, but that's not much of an issue), but it also oddly lacks decoration compared to the first level. I can't really say much else about it, but it looks really sparse and flat here.

Posted on 2013-08-31 01:16:46 PMLink
Like the others said, the palettes aren't too good. Your second level looks quite bland and uninspired, try to add variation in it.

as for the palettes themselves, try looking at how SMW's original palettes were set up, and don't try to brighten or darken them too much. you might want to take a look at other hackers' work as well, just to see how a palette is supposed to look - you have some very unnecessary contrast between colors and a lot of saturation in colors that would look nicer without that much. learn moderation and try to make things look good, as practice makes perfect.aran - Graces of Heaven

Posted on 2013-08-31 01:45:53 PMLink
ok, i will fix these palettes and then submit new screenshots and i will add more decoration to the 2nd level. thanks!Currently: Attending college!

Posted on 2013-08-31 02:00:46 PMLink
Originally posted by HackerOfTheLegend
*vomits at terrible palettes*
This is rather offensive and unmotivating, just saying. If you want to point out something, then at least tell them in a more friendly way, and perhaps try to tell them how to improve.


Back on topic, it's good to know you're fixing your palettes. Make sure you're going to make fitting ones, though, as the main problem I've seen about them is the bad contrast. The happy-ish green in the Yoshi's Island submap doesn't fit to the lava, and the red in that level doesn't fit to the black-ish BG, not to mention I don't see any spots in the map where red grass would fit (unless you didn't show that). Also, yeah, leaving the overworld unedited wouldn't be good, just make sure you're going to edit the map itself sometime!

Also, in the second level, I noticed a sprite memory issue on the last screenshot, with the sumo brother in the bottom. Those should use the sprite memory setting 07. Make sure to not overflow the screens they're present with too many enemies also, as the flames they generate is a rather heavy sprite.

and here is the new yoshi's island submap, which now uses the main map music: 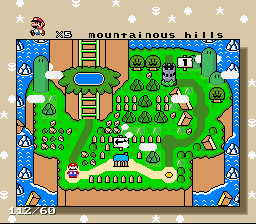 and here's the new overworld, which uses the vanilla dome music (you'll see why later): 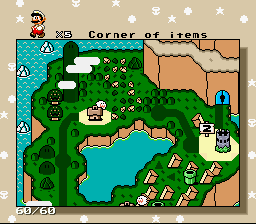 this is a new sublevel to level 2 - sumo bro. hills: 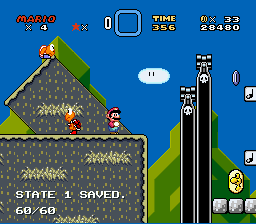 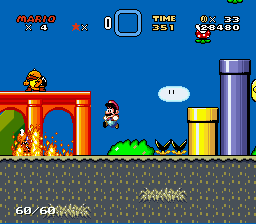 btw, i knew that the 2nd level lacked decoration because i was still working on that level.

so, what do you think?

Posted on 2013-08-31 05:43:30 PMLink
Nice job with the level although the overworld does not look particularly smooth on the edges.

Posted on 2013-08-31 09:45:54 PMLink
Your overworld palette could be a little brighter. Other than that it's fine. The trees don't look that great though. Also the ark object in your level could use a different palette too. It would look better grey instead of red.

Posted on 2013-09-01 05:31:41 AMLink
the story is that bowser wants to challenge mario IN the mountains since his castle is now destroyed. i haven't planned where the player will fight bowser at the end, but i will build on the story as the hack progresses and i will fix what everyone is saying soon enough. in the mean time, level 3 is now completed: 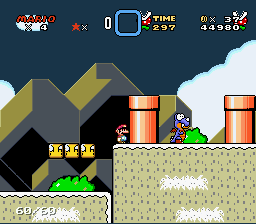 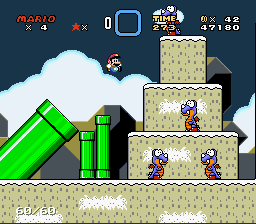 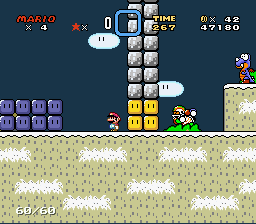 here's the demo of the first 3 levels. here.

WARNING: DON'T GO PAST GRAHAM CRACKER ISLAND! IT'S UNEDITED AFTER THAT!Currently: Attending college!
Last edited on 2013-09-01 05:32:22 AM by mario and luigi

Posted on 2013-09-01 03:09:25 PMLink
Yeah, try to make a better palette. It looks like you spammed those ground bushes (or whatever they're called) all over the place; I would reduce the amount of bushes and make them a bit more randomized. Also throw blocks a redundant unless they are for another purpose.

Posted on 2013-09-02 05:04:46 AMLink
i might fix those ground bushes to a darker outline and delete some as well. thanks for the info, you 2.Currently: Attending college!

Check out my scratch(.mit.edu)! Username is MarioGamer120. Working on a Five Nights at Sugarcube Corner 2.Link 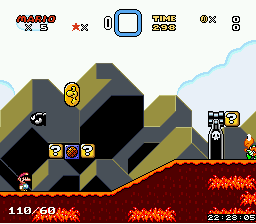 i have used a different palette here. 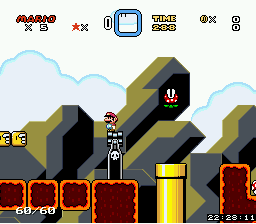 here is the cut-off fix. 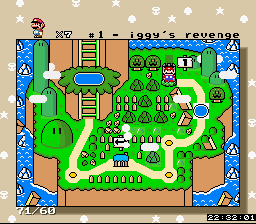 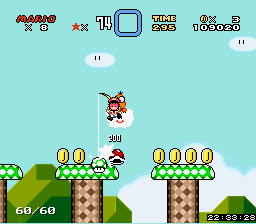 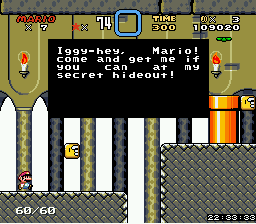 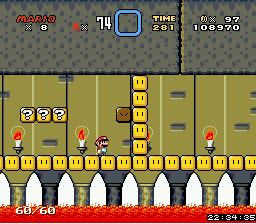 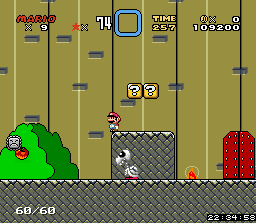 Posted on 2013-09-08 04:33:09 AMLink
The palette in level 1 still doesn't look that great. Actually, it looks unchanged. You should really fix the outline on those underground bush things.