I wanted to open my thread with that. Without your support I'd have never completed this 70 level long hack. I've been working on this since May 2012 and after lots of hours of work, sometimes pointless, while sometimes I put the most out of my time (only the last 3 days actually xD), I can proudly give you a working link.

If there are any game-breaking issues, please let me know. If there are any minor issues, you can report them, but that doesn't mean I will fix them. The hack is what it is now and will not be reworked anytime soon. Have fun!

Check the description for story and such

Posted on 2013-10-21 08:26:32 PMLink
This hack has had my attention for quite some time and I'm glad to see it see the light of day. From what I've seen all the levels look pretty well designed and seem to have a nice variety to them to the point where they all seem different enough. (Which is always a plus.) Definitely looking forward to playing this hack!My Youtube Channel for Hacking and Gaming.

Quote
While asleep due to poisonous wine, a group of extremely powerful enemies which call themselves "The Senate" took over the Mushroom Kingdom
It sounds like the Senate are the ones who were asleep on poisonous wine. Must be pretty badass to take over a kingdom while drunk and unconscious.

Posted on 2013-10-22 11:26:24 AMLink
I hate to be the bearer of bad news but the first castle has cutoff. Has those ugly tiles that are the default in Lunar Magic instead of corners.

SorryCheck my page http://marioepicjourney.blogspot.com to find more updates about my hack Super Mario: The Epic Journey. 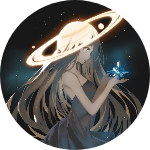 Not sure what is going on there. (It's the first level of world 2.)

I don't have the time to continue playing this, but it seems you have a lot of graphical clashing going on in your hack.
There's also a lot of places where you can get stuck. (The vertical drop with Munchers in one of the first levels comes to mind, which requires you to be big.)

The level design itself, from the few levels I've played so far, seems really fun, though, and it's always nice to see a full length hack being released these days. Good job!

Posted on 2013-10-22 04:43:17 PMLink
Sorry to be the bearer o bad news again. There are several graphical clashes and cutoff. I just beat the two headed bones and Mario just died automatically. What's worse is the bosses you're using are N00b bosses. That's why I started my own set o bossesCheck my page http://marioepicjourney.blogspot.com to find more updates about my hack Super Mario: The Epic Journey.

Ragey pointed that out as well. (And I find the issue.) I've been having fun time playing the hack so far. I just got to world 3 but something I most note that I don't feel is too minor. It's probably just me who feels this way but I feel the the difficulty curve takes a huge leap once you get to the 2nd fortress. The fortress it'self I find too difficult to be placed in world 2,
not to mention the kind of annoying grinder chase.
Still managed to be pretty fair despite that as I completed it on my first try.

Just thought I should mention that though.My Youtube Channel for Hacking and Gaming.

Oh, so nowadays N00b bosses are bad. Just because I don't know ASM and I try to make the best out of it without using all those overused bosses and/or the original Koopalings we already beat a thousand times, N00b bosses are bad. Really, now. Come on. And I really don't care about your own set of bosses. Why you even mentioned it I still can't seem to understand. Do you want to let me know you're better than me? Do you want to piss me of? Well, in that last one you succeeded.

If maybe you could tell me where the cutoffs and clashes (which, by the way, you see in almost every non-vanilla hack) are, great. I'll sure look into it, just like that random death. We both want it fixed after all. Or, at least, I do.

Posted on 2013-10-22 10:33:07 PMLink
Sorry to piss you off let's just call that even. The random death after beating 2 headed Dry Bones makes it impossible to proceed. Also check out bosses made by Sonikku. He's really goodCheck my page http://marioepicjourney.blogspot.com to find more updates about my hack Super Mario: The Epic Journey.

Still, I prefer making my own bosses, because even if they're not that good and spectacular, they're at least new and never played before. I always dislike playing a boss which I have played before in another hack. Makes it like the creator put zero effort in making a boss. A N00b boss would be the best option for someone like me.

Anyway, something was set wrong in the cutscene after the world 4 boss. Apparently the cement blocks Mario would stand on were set on Layer 2, so you just fell through. Can't believe I didn't fix that

I'll have this version taken down, hopefully v1.1 will be released today or tomorrow

I've requested to remove the version hosted here. A new version will be released today or tomorrow. Sorry for the inconvenience.
Last edited on 2013-10-23 02:39:46 PM by Fornaxus

Posted on 2013-11-16 10:44:18 AMLink
All right, after playing through the whole hack again to make sure all the events work. I present you Version 1.21.
I really hope I fixed all major bugs in the hack so you can actually complete it. I hope you like the hack!

Posted on 2013-11-22 04:17:28 PMLink
Originally posted by dahnamics
Sorry to piss you off let's just call that even. The random death after beating 2 headed Dry Bones makes it impossible to proceed. Also check out bosses made by Sonikku. He's really good
Those still are bosses that are overused. He's better off making his own bosses out of the N00b bosses than those. Don't oppress someone creativity.