First off, I've greatly improved the moon level. It looks much better now, but I'd like your opinions too. 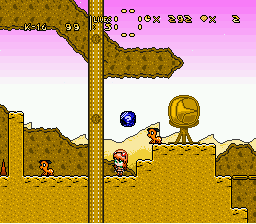 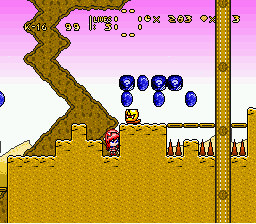 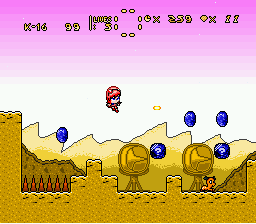 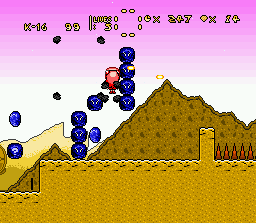 Alright, there's that level. I've also went back and made some improvements to the first, mainly adding layer 1 background tiles to make it look a bit more detailed. You'll also see I've redrawn the Bombibombs. 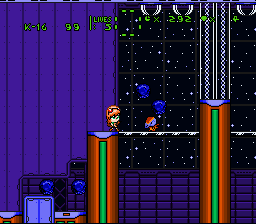 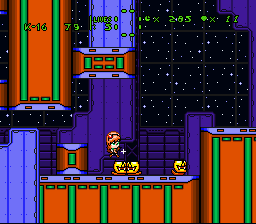 So onto the info.
First off, I don't know how much time I'm going to have to spend on this hack, but I'm going to do my best to work on it consistently. Please bear with me, it's a busy time in my life.

Secondly, regarding levels. The hack will have less levels than its predecessor, mainly because I don't want to repeat planet themes; having three identical ice planets would be stupid and make no sense, but in return, I aim for it to be a difficult hack, which Sicari failed on some parts.

I'm also going to try and fix everything my previous hack did wrong.
-1ups now serve more of a purpose, as I'm using midpoints in this hack, something that Sicari didn't have, thus making 1ups redundant, as every level saved the game.
-Ground pounding has been removed! I mean - come on, nobody liked it!
-More unique/varied levels.

Anyway, that's all for today, as usual, comment and give feedback! ^.^

Posted on 2014-03-24 08:33:35 PMLink
I can definitely see improvement there and it seems pretty good in my opinion. It is also nice to hear that the difficulty will be harder in this hack. Take as much time as you need Eevee, you don't want a hack that is not to its fullest potential.

I like seeing hacks with different player characters but it's really glaring! 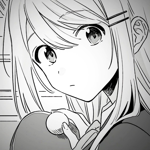 Posted on 2014-03-26 08:24:00 PMLink
Amazing screens as usual! I'm happy to the project isn't frozen again. The tilesets look really nice, level design as well. I think it's a good improvement you made on the moon level. 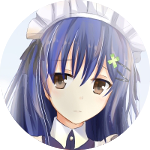 Posted on 2014-03-26 09:18:48 PMLink
Super-awesome. The only thing is that, you have to be careful with too bright colors on spacey levels. Especially on Layer 1 semi-bgs (decoration) such as walls. The walls in this case are darker but not quite enough. It makes the level design a bit more confusing and annoying. Maybe it's just me though.
Mayonnai | Private Message | Steam

Next up is the Gemini Space Station. Space stations are the castle replacement and in this hack there are three or four, each named after a constellation.

Here is what I have so far. Please excuse the background - it is more of a placeholder right now, unless for whatever reason, you guys like it. I'm also thinking of making the blocks and gems green for this level... 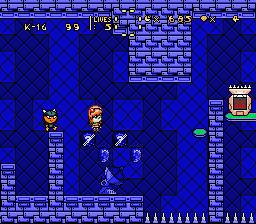 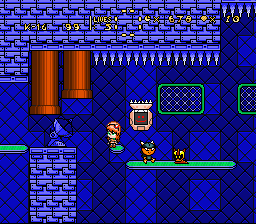 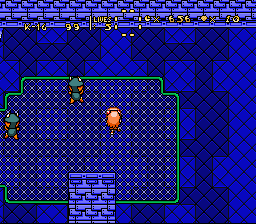 That's all, I'll try and update again today, if I get a better background, but until then, please comment and give feedback! :3

Posted on 2014-03-30 04:11:42 PMLink
Although the background is not bad, I feel that it could be improved to suit the level more. I am not exactly sure how it can be improved but all I know is that while the current background is fine, a new background (that is better) would be great.

Level design looks good from the few screens you posted, and the BG looks decent. Like the others said, if you can make a better one, do it. I feel the BG palette could do with a little change as everything's the same colour now.
Other than that, good job.Usually inactive/procrastinating on a hack idea.

Posted on 2014-03-31 07:43:56 PMLink
I have some updates today, all with a new background! YAY! Also, you'll notice that I moved the satellite dishes into the background, as it makes more sense. 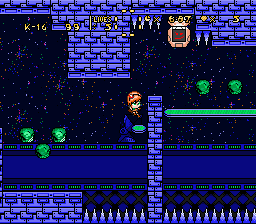 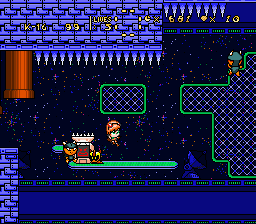 Well, that's all for today, I hope you all - 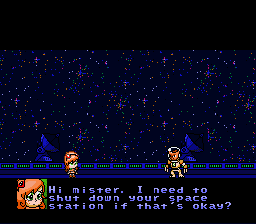 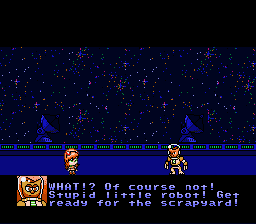 Meet Titan, the first boss. Despite sporting large mechanical armour himself, this goofy alien hates robots, and loves to destroy them. K-16 is no exception.

Truth is, Titan and his two comrades are secretly serving a mysterious foe, who is harvesting power from the stars in the form of space stations.

Anyway, that's it for today, hope you enjoyed! Please comment and give feedback! :3

Posted on 2014-03-31 07:47:42 PMLink
Oh man, those cutscenes are really beatiful! I congratulate you a lot for making them, it seems you put much effort working on those. Really loving it!

The rest looks great as usual. Keep up the great work!

Posted on 2014-04-01 02:24:55 PMLink
Those cutscenes look awesome Eevee! Everything there seems great and I love the new background there. Good job!

As I said before, I want to make this hack fairly difficult. It will only have three or four worlds, but it will be a challenge. As previously mentioned, I disabled ground pound - mainly because nobody liked it, and I'm not good with custom blocks, so I can't improve upon it. However, since then, I've also disabled the spin jump, as I think that a lack of it ups the challenge. In SMW, if you see a spiny, your first instinct is to spin jump on it, so they aren't really that threatening. I don't want to make it unfair, or abuse enemies like this, but I really do think it's much better for a platform game if you have to carefully plan when you will run/jump etcetera. Here are some examples. 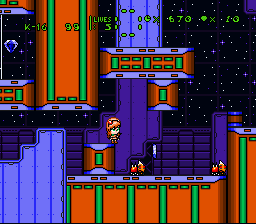 It's all about jumping at the right time. 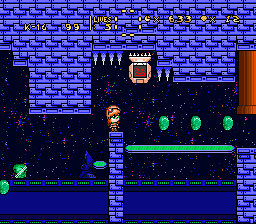 You can go over or under, both work, you just need to take more care. 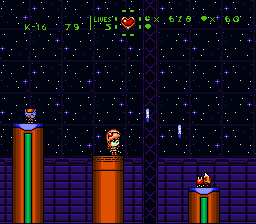 Again, time it right and you're fine.

All three of those jumps would be quick and easy with the spin, but at the same time, I don't want to make it unfair, and I'm not sure if people would like me disabling the spin jump for this reason.

What I want is your opinions - are you OK with this, or not? What do you think?

Personally, I had no problem with the ground pound (it was useful as dodging manuver), but guess the game can work without it.

The spin jump thing... have you considered combining the use of spin jump with the timing? Because the spin jump is animportant thing with Mario World games and their hacks, I think. Personal idea, though.

Also, since I didn't saw before, I'll note this:
Great lols with K-16 apologizing about the spaceship destroying.

Posted on 2014-04-02 08:59:01 PMLink
Nice screens as usual. CidYoshi summed up my thoughts, again as usual...
I'm not exactly sure about removing the spinjump since I always use it but then Sicari was basically the first hack where I voluntarily used the fire flower so I'm sure you'll pull something off.

And it's challenging, huh? I've played a lot of hard hacks so BRING IT ON!Usually inactive/procrastinating on a hack idea.