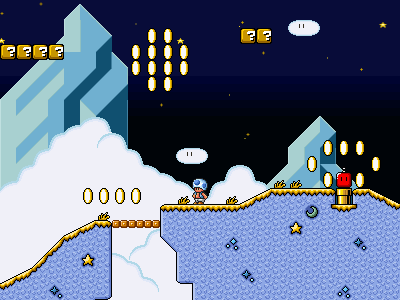 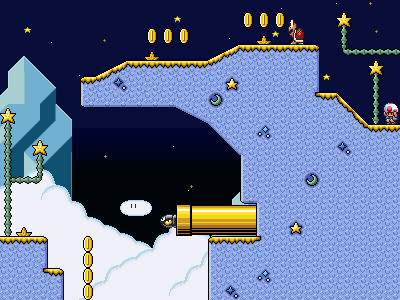 It's a propeller block level. The yellow stars in the dirt and on the plants are animated. Not much else to say about it.

Hopefully I will finish this level and get it released soon!

Looking forward to playing this!

Publiée le 2014-12-23 03:16:58 AMLien
Sorry; between SMWCI, Smash Bros, other personal projects, finals, getting roped into events beyond my control, absolutely despising SMBX's editor and generally having a lack of good ideas for the level, I haven't put much work into it recently. I still really want to finish it though, so here are a couple of new screenshots. 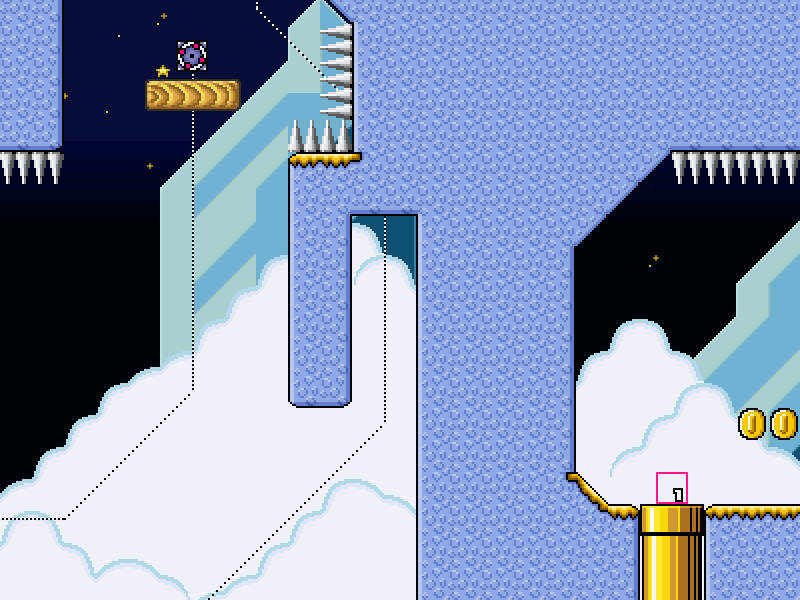 Part of the second room, which is mostly line-guide stuff. 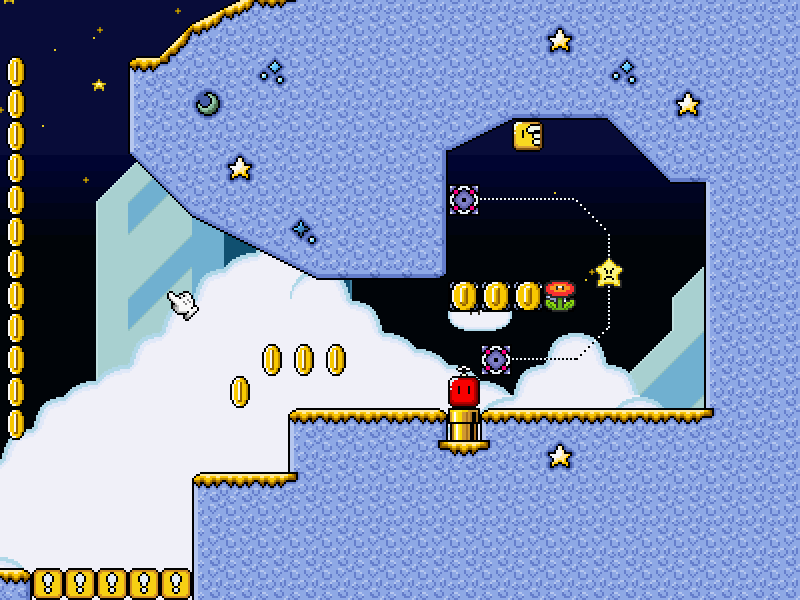 Yellow switch block that changes some stuff up in the first room and opens up access to the second room.

Seems interesting so far - looking forward to the final version!

Publiée le 2015-01-24 10:03:37 PMLien
Is that really one fluid massive level or did you make teleport blocks transport you to different sections of the level?
c3 winter 2021 | music stuff | youtube