I started a Wiki page where the goal is to cover all hacks ever created and released - both big and small hacks. Throughout various sources, I've currently listed 138 hacks. There are lots of info still missing though (such as approx. release dates and hack creator info) and some might hacks might be duplicates.

I have plans to add individual pages for each hack, containing more information, as well as providing the patch downloads for each hack (it sure is tiresome to find old sites with broken download links). But first and foremost, the list needs to be complete.

Posted on 2014-08-04 03:25:28 PMLink
You have a nice page there but I feel like this section of the site does a pretty good job with patch archiving already, with onsite download links and everything. I suppose having an external wikia page wouldn't hurt though. 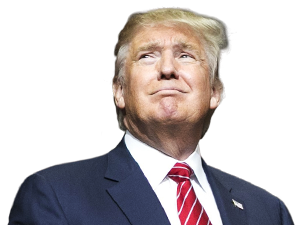 Posted on 2014-08-04 05:26:55 PMLink
While it certainly is one of the best patch archives out there, it "only" covers 39 hacks (the most well-known ones). The aim of the Wikia is to try and cover hundreds of hacks (even the quite unimpressive ones)!

Posted on 2014-08-04 06:33:16 PMLink
The benefits of the Wikia page is that it can be easily altered by users during its "building" phase. When it's getting closer to completion,

I see the point of just having a topic here. But it's a bit tedious to have people post modification suggestions that have to be manually updated each time, instead of just using direct Wiki editing.

When it's getting nearer to completion, I agree that it should be available here.

Posted on 2014-08-04 06:48:54 PMLink
The current section is intended for hacks that in some way are obtainable through download somewhere (or have been available, and are still circulating around). So there has to be at least one playable version, but that could be a demo.

But I suppose it wouldn't hurt to have another section with "work-in-progress"! I'll add it right away! 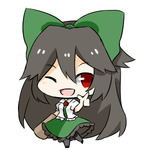 From: with Utsuho, she is pretty hot Kappa

Posted on 2014-08-09 10:32:02 PMLink
Started adding a few links to patches.
Also added a "Abandoned hack project" section, for hacks that were announced and discontinued and never even got a demo release.

The idea behind the abandoned hack project list is a way of showing projects that have been started, so someone possibly could contact the original creator and continue the development.