Posted on 2014-11-23 03:57:51 PMLink
The issue is not that he makes a lot of hacks. It's that he starts a hack, posts it here for feedback, and then promptly cancels it and starts a new one. It floods the forum with hacks that will never be finished, and it's frankly wasting the time of the people who actually take the time to give feedback.

Crash, start a project and commit to it. I'm no stranger to abandoning projects, as I've never finished a hack in my five years on the site. That being said, wait until you've got more progress and you're sure you want to go through with it before you post here. After a while, when people see your threads, they'll think, "Oh, it's just another Crash Kandicoot hack that will be abandoned in a week or two."

Posted on 2014-11-23 06:47:12 PMLink
If i'm going to commit to it?
If everyone keep saying 'commit to it', Okay, i'll.
But this must be a long hack (every level should have 20+ screens)
, so i'll make this a 10 level hack. Also allowiscous was not helping he was 'saying that i can make any hacks' and cancell every single one of them. which is what i should do so he is free

Posted on 2014-11-23 07:00:53 PMLink
He was trying to defend you, idiot.
You should commit yourself to anything you make. It gives you a sense of responsibility and helps give off a good impression because frankly, if I start any kind of open team project and you volunteer, I'm going to say "fuck no".
Just because you should commit to finishing a product doesn't mean it has to be super long. As long as you finish it, then good on you.
Also, apply the criticism you get. There are people here telling you what you need to do to improve and all you ever do is come up with sorry excuses with "!" exclamation marks, giving the impression you are screaming and you don't give a rats ass what anyone tells you. Because if you don't plan on applying it, don't even fucking post. Stop with the excuses. Damn...Your layout has been removed.

Posted on 2014-11-23 07:07:02 PMLink
Originally posted by Crash Kandicoot
Also allowiscous was not helping he was 'saying that i can make any hacks' and cancell every single one of them. which is what i should do so he is free
this is still pretty 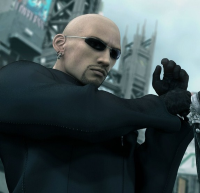 Originally posted by antimatterhunter
He was trying to defend you, idiot.
this is the truth but also p.

Nobody is going to stop what you do with your projects, can them if you want and move on. BUT, if you expect to have good standing here: commit and finish. I've seen people can projects before, but I've never seen said people make this many new hack threads in a single time span. We are not hating on you, or at least I'm not, but I am going to be hard.


Originally posted by Crash Kandicoot
If i'm going to commit to it?
If everyone keep saying 'commit to it', Okay, i'll.
But this must be a long hack (every level should have 20+ screens)
, so i'll make this a 10 level hack.
20+ screens doesn't equal commitment, commitment is this:

Originally posted by dictionary
to bind or obligate, as by pledge or assurance; pledge:
to commit oneself to a promise; to be committed to a course of action.

It doesn't have to be a long hack, but it does need to be finished. Make it two worlds if you want, just level design and the like. Show effort and care as well. There are a good amount of people here who take SMW Hacking seriously.

I'm also going to cut the cord and say this: Make as many projects as you want, I'm not going to stop you. What I am going to stop though, is any new threads. People come to the WIP forum to check on progress of hacks they're following, and I look around this forum and see 5-7 threads by you of hack that have all been canned. Your hacks are flooding this forum by this point, and I am sick of it. Your projects as far as SMW are concerned are going to be restricted to this thread.


Originally posted by Crash Kandicoot
Also allowiscous was not helping he was 'saying that i can make any hacks' and cancell every single one of them. which is what i should do so he is free
Dude, you can do whatever you want, but I am restricting you to one thread from now on.
Why hasn't anybody made ledge grabbing and crawling ASM yet?

Posted on 2014-11-23 08:53:47 PMLink
Originally posted by allowiscous
Yeah, I was sticking up for you. Jesus, maybe I should stop defending the undefendable.
Yeah you should...?

Posted on 2014-11-23 09:11:21 PMLink
Enjoy a little vacation time, you need to cool down. People are trying help and even defend you from the help. Yeah, you need this more than I do.
Why hasn't anybody made ledge grabbing and crawling ASM yet?


Quote
other stuff that nobody will bother to read

Just look above you...
If it's something that can be stopped, then just try to stop it!

Not trying to sound rude or controlling or anything, but can you please STOP doing random things for the dumbest reasons? I mean, seriously, cancelling a hack because you got banned for being stupid? Where did that even come from? Seriously, what part of you tells you these things, like you have to cancel your hack and spam yet another new hack thread with a new hack every time you get banned?

Look, if I were you, before I post/make decisions, I'd think a bit more about whether or not it actually makes sense in the current circumstances or if it's the right way to go. I HIGHLY doubt you are doing so if the conclusion you are coming to is cancelling hacks for getting banned, spamming hack threads rather than keeping just one thread for it, and yelling at people who are only trying to defend you.

These ARE your hacks and you can do what you want with them, I get that, but you really need to realize that with every post like this you make, you're doing nothing but making less people have the ability to take you seriously, looking even more stupid than ever, and bothering and annoying others If I were you right now, I'd choose to either cancel the hack and not plan another one for a loooong time until I decide on a hack that I know I'll actually be committed to make, or I'd stick with it and finish it. Do either one, but do us all a favor and please stop bothering us with hacks that'll more than likely never see the light of day and will be cancelled next time you get banned (and no offense, but this is likely not the last time you will be given your posting quality and ban history). Sorry for going on a rant like this, but I hope something like this is more likely to make you actually get it. I'm not trying to antagonize you or make you look/feel bad, but this really is how you look to others and we all would appreciate it and like you a lot more if you stopped this.Twitter
The handomest people in the world are ones who follow my Twitch
Last edited on 2014-11-26 12:49:05 AM by K.T.B.

stuff
Okay i'll stop making useless threads.
But to be sure i'll never make more spam threads, this is going to be my last and first hack. But i'll change things a little in the hack.
...And i'll try to take the critics a little more serious if i want this hack to be accepted.
I'll edit this post to post the updates...

Posted on 2014-11-26 02:34:13 AMLink
He supposedly changed, but now his account is disable. This thread is useless now, I'm guessing this thread will close soon.