Mario's Ascetic Adventure is built around a fairly simple premise: score any points (besides clearing the level) or collecting any coins=death. I might change the message a little bit but it will be similar.

The first level, which is called Pilot. The name is a reference to the first episodes of TV shows being called the pilot episode. It's also meant to introduce you to the whole ascetic gimmick.

This part is possible, and yes, I plan to change the concrete to ground. I was kinda in a hurry before I forget.

Second level, which is all foresty. Have not picked out a replacement tile for that yet.

IDK how difficult I plan to make it or how many levels it will have but it will probably be somewhere harder than Foxtrot Uniform. Speaking of which, if not for the occasional break, that one seems like my fastest progressing and least indecisive Kaizo hack so far.
As with Foxtrot Uniform, I am kinda in a moment of self-discipline concerning MMD2. I think I want to restrict progress/videos on those until that's taken care of. Gives me an incentive.
I had kinda shifted my preferences on Kaizo hack construction even while working on Megalomania. I have grown less fond of making and playing convoluted and insane glitch abusing stages and much prefer working on and playing less convoluted but still photogenic hacks that focus more on gimmicks, and yet I didn't want to cancel it. That feeling just made it easier to procrastinate later on with things like taking screens, making sure everything's okay after fully converting to AMK and that the music is correct as well as just playing thru 1 more time. Even tho I like the design very much and wish to release it, there are/were so many other things I would rather do than play thru it again. Even knowing in my head to just get it over with doesn't seem to help.
Every so often I will change my custom title sort of as a status update on that so that hopefully you're not totally in the dark.Legacy custom music
A site with a non-useless dislike button
SMW hacking channel

Hmm, the gimnick sounds very good, I also like the forest palette.

Looking forward to this one 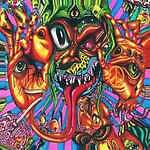 Posted on 2015-04-18 09:29:56 PMLink
Originally posted by TheAbusefreakhacker0
Nice screenshots, I think it is a bit like Hertz Donut right?
I might change the palette of the first stage to differentiate.Legacy custom music
A site with a non-useless dislike button
SMW hacking channel 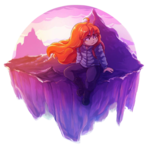 This seems like a fun hack from what I've seen, and I'm digging the gimmick of not killing enemies or collecting any coins. I wonder how certain obstacles will be worked around with this time considering that concept, and I hope you finish both this hack and that other one whenever you can.

Posted on 2015-04-19 12:11:35 AMLink
Awesome gimmick! There's a ton of creative stuff to do with this. I feel like the moving coin sprite or the directional coins would make good, difficult puzzles. 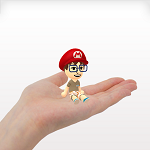 Posted on 2015-04-19 12:21:34 AMLink
This is shaping up to be an actually unique Kaizo hack. Good job. I don't spot anything odd with the images you've posted, apart from the things you've said. Good work, and I actually can't wait to play this!

I'm digging your new hacks more than I was with your previous ones. Not that I was getting tired of hacks like MMD2, but I love that you're bringing something new and fresh to the table.

Posted on 2015-04-21 03:16:51 PMLink
^
Thanks. Just as well if you did say you were getting tired of my other style. I remember an IRC mention about 'stick to what you're having fun with' and I think with that I will work more on stage 1, and also because I'm thinking on releasing a short demo for C3.

This is actually the beginning. The part with the P-Switch+disco shell was originally the begining but it's now after the midway point.

Move out of the way Ninji!
The balloon gimmick gives a secondary meaning to the level title.Legacy custom music
A site with a non-useless dislike button
SMW hacking channel

Posted on 2015-04-30 06:22:25 PMLink
I think I'll take a break from Foxtrot Uniform and work on the short demo of this since I decided this has priority over that right now. I no longer particularly care about that being specifically for C3. I don't think I'll upload the videos of this "every day" like the first few stages of Foxtrot. I'd rather space them out more. Stage 1 MIGHT be the next video I upload.
Berry Cruel (stage 2)

This level is a spiritual successor to Berry Annoying from Super Mario FML.
Eating any of the berries counts as collecting a coin, therefore death.

Believe it or not, I actually began to think of Foxtrot Uniform as the side project and this as the main one despite this one not using nearly as many custom resources and the other one having started first.

The screen I showed earlier with the shells and ? block will be moved to a different stage since it would be more fitting there. I think the demo will be either 3 or 4 levels long.Legacy custom music
A site with a non-useless dislike button
SMW hacking channel

Posted on 2015-05-01 11:56:39 PMLink
The berries in conjunction with the asceticism concept is a trustworthy idea. Otherwise, not much is to be commented other than that for now, because you know what you do for each step, and I sense it could be easier than its predecessor from what I've seen, though I'll wait for a video or similar.
Last edited on 2015-05-01 11:57:45 PM by Katerpie

Posted on 2015-05-03 12:04:30 AMLink
I was unaware that collecting any sort of powerup would count as scoring points as well, and I perhaps plan to be up-to-date in regards to it. With that being the case, I guess this is the first (?) hack where, instead of appearing to make you big at all, they serve as actual obstacles this time around.

Posted on 2015-05-03 12:08:40 AMLink
This whole asceticism concept is really starting to take shape now. The obstracles shown in the video are incredibly innovative and the whole level feels so... fresh. I like it!


Originally posted by Katerpie
Is the "final Kaizo" at the spot you begin in intended?
Pretty sure it is, judging by the APRIL FOOLS! afterwards.

Posted on 2015-05-03 12:21:48 AMLink
Originally posted by Katerpie
With that being the case, I guess this is the first (?) hack where, instead of appearing to make you big at all, they serve as actual obstacles this time around.
I think there will be a level that's all about that. IF I ever require the collection of a power-up, it will probably be via custom block that instantly turns Mario into either fire or cape without animation. I hope that doesn't contribute to the score.


Originally posted by Katerpie
Is the "final Kaizo" at the spot you begin at intended?
It was. I like to reference previous works sometimes.Legacy custom music
A site with a non-useless dislike button
SMW hacking channel

How to get past here?
Stage 3 preview

Some sort of mini-puzzle. This level is based around shells. Coin blocks are death but note blocks aren't. Color coded for convenience. IDK if the door is needed.

Like playing dodge-ball with a glass ball.Legacy custom music
A site with a non-useless dislike button
SMW hacking channel

Uh, wow. I've never seen a Kaizo hack this intense(Aside from TheAbusefreakhacker0's Kaizo hacks). Keep up the good work.End of this message.

Originally posted by Luigi_Fan
(Aside from TheAbusefreakhacker0's Kaizo hacks).
I don't think it's as hard as or harder than the Abuse and Die series.Legacy custom music
A site with a non-useless dislike button
SMW hacking channel

Posted on 2015-05-20 12:41:18 AMLink
Not bad. While in my opinion having baby Yoshi not eat berries has been overdone to death, you did an amazing job at it and it's gonna be disorienting.