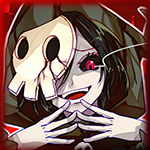 It's over! Check results here.

A new month is here, and a new bout of the VGM guessing contest comes along with it – and an extra juicy portion at that. Let’s get this show on the road!

All you have to do is listen through the numerous 33-second tracks linked to down below, and write down which game or franchise each track you recognize belongs to. Do mind that while there may be melodies that are featured in multiple games, only the games that feature the exact arrangement sampled will give points.
The answers are to be sent to me by PM. You may revise or add on to your answers as many times as you need by sending me another PM as long as the deadline has not been reached.

Please refrain from conferring with other people to discuss answers and the likes before the contest has ended. Searching on your own is fine, as is boasting about how much/little you have recognized already. Posting explicit hints/answers in the thread or elsewhere in the forums is prohibited.

In the case of any ties, they will be resolved by ordering the tied parties by their ratios of correct game answers versus correct franchise answers. If users still remain tied, the people who sent their final answers/addendums in the earliest will be favored.

Prizewinners may decide whether to receive their winnings through PayPal (fees covered by me) or to be gifted a selection of games on Steam with roughly the same value sum (rounded upwards). Other options are negotiable.

Prizewinners will be contacted by PM when the contest has ended in order to discuss the details. If for any reason they fail to respond by December 23rd, their prize is effectively voided.

There’s a whopping 120 tracks in the selection this time around. The only thing that connects them all is that I have either personally played the games they appear in or watched someone else play them. The difficulty ranges from very obvious to being obscure to the degree I would be very surprised if anyone gets them right.

Download them all as a .zip, .7z, .rar, .ace, .dmg, or listen to them through a simple online playlist here or as a YT-video here.
Be forewarned that the loudness of the tracks may vary considerably from one to another. Some tracks may also suffer from poor audio quality, but they should still be recognizable.

As there is a large amount of tracks this time around, you may want to simply jump from one track to the next at first, judging from the first couple of seconds whether it rings a bell. Of course, if you would prefer to listen to the slightly-longer-than-an-hour ensemble back-to-back, be my guest.

Feel free to ask questions and whatnot; I will try my best to answer them. Best of luck!

Posted on 2015-11-02 07:57:10 PMLink
Originally posted by Lespna1
I'm going to see how many I know. Can we upload them in a Word file or something and upload the hyperlink? It will be really hard to keep track of the answers in PM's.
Everyone may choose whichever method of conveying their answers to me as they please - as long as it is clearly legible. Whether in plain text or formatted in a table right in the PM or an external readable file is linked to in the PM does not matter. Just make sure to notify me if there are any changes/updates to the answers, whichever method you use.

It goes without saying that the file bin should not be used for uploading answers in this instance, since anyone can go through those.
オンバット~ ♥
Last edited on 2015-11-02 07:57:58 PM by Tokiko

Posted on 2015-11-03 01:22:24 AMLink
Well, so far, I think I've at least gotten 5 of them: 2 that were blatantly obvious and 3 that sounded really familiar but that I had to double-check. And about 8 that I'm not sure about, including some in an arrangement that I can't place.

Posted on 2015-11-03 10:43:53 AMLink
Six people have submitted answers so far, and 24 hours have not even passed yet. Good going, people!
If I were handing out bonus points based on how much the individual "answers" made me laugh in some cases, I think we would already have our likely winners... but that is not the way this contest works, ahah. Thanks for the guffaws; you guys know who you are.

Anyhow, I amended the quarter-point rule a bit - if you make an incorrect guess, but the game you guessed exists in the same game series at least (and/or the characters therewithin make an appearance in the correct game), then it'll count as a quarter-pointer.
Guessing what genres and which systems earn no points, but there's no stopping you from guessing however detailed or barebones-y you like. More fun for me, heck yeah!
オンバット~ ♥

I'll edit my answers once I have a functional computer again I swear! I'd feel bad for making you dig through 120 lines of stream of consciousness rambling for like 6 actual answers.

Posted on 2015-11-04 06:29:26 AMLink
I only know like three of them for sure and two of them seem obvious, but I could be way off so should I still submit some of guesses even though I might get last place? Also, I know #70, but I looked for it all over the Internet and can't find the name of the game, but I know what the game was about so I don't know if that would count as any credit if I get it correct.

Posted on 2015-11-04 08:13:20 AMLink
Originally posted by Lespna1
I only know like three of them for sure and two of them seem obvious, but I could be way off so should I still submit some of guesses even though I might get last place?
There is nothing stopping you if you would like to try submitting what answers you have, it is quite welcome. Who knows, you might be surprised where you would place in the results.
...I mean, the chance of getting last place is always there, but even then one could rest assured that someone who did not submit their answers probably could have done worse. I encourage it!


Originally posted by Lespna1
Also, I know #70, but I looked for it all over the Internet and can't find the name of the game, but I know what the game was about so I don't know if that would count as any credit if I get it correct.
I am sorry, but the only answers I will give points for is either the correct game title, the correct game franchise/series... or a different game in the same series. Anything more vague than that will not be accepted.
If you know what the game is about, then maybe you can name a prominent character as your answer? Such might count for something.

In other news, 72 tracks have not had any 1-point guesses so far, and 26 tracks have only been guessed by one person each. This is sure to change up as soon as more answers tick in, but... nifty!
オンバット~ ♥

Also, i expected to see this thread show up in the News but it hasn't :/

Would you mind putting these on Youtube or somewhere they can be listened to easily on mobile? With 120 songs in all, it's annoying to have to be on a computer to listen to these

I know, it's an outrage of the worst kind imaginable!! Let us pray I return to the shadows where I belong once this business is done and over with...

Originally posted by KTBHacking
Would you mind putting these on Youtube or somewhere they can be listened to easily on mobile? With 120 songs in all, it's annoying to have to be on a computer to listen to these

Ah, doesn't the "simple online playlist" option work for you? I can listen to them fine with Safari on my iPod touch, and with the default browser on my Android smartphone... which is a surprise, really - I had not tested this beforehand.

I could probably try making another alternative method of listening to them, depends on whether or not the demand persists. Let me know!
オンバット~ ♥

Oh... that sort of 'mobile'. Welp, I will try to work something out either this evening or tomorrow. All tracks in one video, I suppose? ...'cuz yeah, I won't even try to create 120 individual videos and link each one, my apologies.

It won't be elegant or anything, but I could try just showing track number while each track plays or something.


Originally posted by SMW green man
Can we have a RAR version of the zip, so people who are cool enough to have WinRAR can get a lowered file size?
I'm not sure how much that helps with file size in this case (not much from my findings), but sure - I added a few alternate download links for various archive types because why not. ...some less conventional than others.

Originally posted by SMW green man
Also, can we get a WAV and FLAC version of all 120 songs in one file, for listening on the go?

Uhh well, I am going to have to decline on this one... If someone downloads the tracks one way or the other in the first place, they can just as "easily" as me myself create a single-file mish-mash out of all the tracks combined in whatever format they desire. It sounds like it would be some clunky business in the end either way. My apologies.

Also why on earth would you want it in WAV or FLAC. This isn't full songs these are just clips, why would you need CD quality to identify them.

Posted on 2015-11-05 05:28:24 PMLink
I'm confused why someone would ask for a file compression type that has a smaller file size only to turn around and ask for audio conversions that are far larger than mp3 by a longshot. Sort of defeats why you might have wanted the smaller compression type to begin with - at least to me. Oh well.

Anyway...
On my first pass, just listening to the first few seconds of each clip, I have ~20 guesses to work with, although a few are a bit shaky. I'll have to break the list down into smaller increments though. Once I got roughly 50 clips in, everything started blending together.

There is one seemingly obvious one in the list that's throwing me for a loop. Need to figure out where on earth that particular variation hails from.

If it's the song I think you're talking about I feel like it isn't actually a remix and is really just a different song with a suspiciously similar tune. That happened to me in the last contest with that one track that sounded like the Bond theme.