Infernal Forge
Zap opts to go after the weird white-haired woman, following her through the volcano. As he does, he makes note of a few shops he passes- a blacksmith, what appears to be a general food and item store, and an inn/pub, in order of passing. Along the way, he also determines that the odd psychic presence he'd detected earlier was in fact Corona. Interesting.

After a moment, he reaches what appears to be a larger lake of lava, and follows Corona along the eastern shore, noticing her stopping in front of what appears to be a building made of bright orange brick. Through yellow (probably brass) bars, a vortex-like portal can be seen inside.

Maybe now would be a good time to talk to her? Alternatively, you can head back NORTH to head back into the city.
Atura gives the chest a nice, satisfying kick, before heading back into the more populated area of the lower level. There don't seem to be a whole lot of locals around, but one look in the inn to the left tells her that there seem to be a few in there. And besides, those places are usually a good spot to get information.

You can head WEST into the inn, EAST towards the other shops, or SOUTH towards the exit.
Oboro continues monologueing, and heads north, stepping onto a red brick bridge over a lake of lava. This place appears to be less of a 'facility' and more of a city- looking up, the cave seems to extend upwards a few stories, with various structures and paths carved into the stone along the walls.

To the west, there's just more lava, but to the east there appears to be a shore skirting the lake, with a small, square building made of bright orange brick at the end of it.

You can continue heading NORTH into the city, or head SOUTH. For some reason.
Want to see some of my cool swords? Well, too bad, right now you only get to see one of them, and it's my avatar. Might set up some kind of gallery/portfolio at some point, though.

"So, you must know a lot about this place, hmm? I'm a traveler and not familiar with the area. Perhaps you can help me? 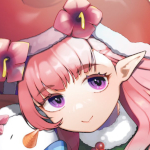 : "Fascinating... There appears to be something ahead, beyond this bridge over a lake of lava...perhaps there is something I can seek assistance to in this place..." 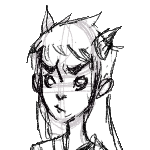 Posted on 2016-02-09 01:49:45 AMLink
talking to her seems like the best idea. he would walk up slowly beside her and put his arms behind his back all proper like as he looks across the..... magma. never thought hed say that to himself.

Posted on 2016-04-07 10:29:06 PMLink
The inactivity in this world has pushed it into temporal stasis. You'll have to jump into another thread - this is a permanant move.