Rhino's Rampage is a Hack where you play as a Rhino. (Oh, really)
All the cool ASM stuff you see was done by Medic.
Note that even some things are unfinished, i. e. The Mario start, Bosses etc.
I advise you to play the tutorial level to learn about the rhino's abilities. (you can also get some lifes there if you complete it several times.)

Originally posted by WIP Thread
- No Climbing.
- No Ducking (Sliding works tho).
- No Spinjumping.
- No Feather.
- No Item carrying.
- No Fun.

Last seen: 2 years and 1 month ago

Posted on 2016-01-02 06:57:34 PMLink
I've been following this for a while. Looks like a top tier hack. Gonna post a lil' review once I test it properly.
allow shy guy emojis in post footers you cowards!

Last seen: 5 minutes and 2 seconds ago

Posted on 2016-01-02 08:34:03 PMLink
I have found an inconsistency bug with bouncing enemies, for example, jumping on normal koopas sometimes bounces, sometimes, not.

Edit: realized that it depends if you are standing on a sprite platform or a layer 1 platform. Layer platform allows bounce jumping on sprite, while sprite platforms not.

Not to mention, when landing on a sprite platform, it doesn't create a small earthquake and smoke.

Also, where did you get the custom music for the beach map, it sounds like a music you herd on the radio.Give thanks to RPG hacker for working on Asar.
Last edited on 2016-01-02 08:47:11 PM by HammerBrother

Posted on 2016-01-02 09:11:52 PMLink
Oh, now that's something different. But as GHB said, the behaviour when jumping on sprites being different is... kinda annoying. If it was done on purpose, I guess the idea was to leave people with both options of being able to jump on sprites, but seeing as I usually don't pay attantion to where I'm jumping off of, I ofter get unexpected results.

I also noticed really short graphical glitches for a couple of frames. I wasn't able to recreate them so I can't say how or when they happen. They are not really bothersome though, just felt like pointing it out.

The charging thing is kinda nice but also seems questionable as to when it kills enemies and when not. In the intro level, you can defeat the koopas with it, but in the first level, rex already damages you instead.

All in all though, it looks super neat. Now add a fire throwing feature :PAnime statistic on MyAnimeList:
400 animes completed ✓
6000 episodes completed ✓
100 Days completed ✓
... what even am I doing with my life?

From: Trinidad and Tobago

Edit:I really like the animation Title
Originally posted by TheHoohGames
So much fun, I'm waiting for the full version! =D
Good luck!
Thank you!


Originally posted by GreenHammerBro
Also, where did you get the custom music for the beach map, it sounds like a music you herd on the radio.
Right here!


Originally posted by Najeraldo
You surely like using enemies as playable characters and you seem to be good at that.
Yes I do and Thank you :3


Originally posted by JackTheSpades
The charging thing is kinda nice but also seems questionable as to when it kills enemies and when not. In the intro level, you can defeat the koopas with it, but in the first level, rex already damages you instead.
I'll make that more obvious. (Maybe some spikes at their sides or something.)

That's being worked on as we speak :> 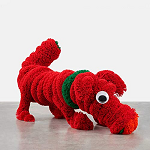 By that I mean the obvious stuff like a death animation and an actual victory animation (you guys were smart to pick the dino rhino since it has a lot of potential player frames, but not all of them) - but there's many other possibilities that I think would be worth considering. A lower speed and jump height for the large guy would be neat for a quick example.

Also, I have only played up to level 2, but unless the other levels are different, the level design is mediocre at best. Not much different than what I'd see in a common Mario hack (and also a bunch of awkward jumps for some reason; a few for some of the star coins and another like in the middle of the second level with two red parakoopas, that's where I stopped). I'm not really feeling the dino mechanics in action, even if just the ones that are already coded.
(I apologise for making a judgement out of only two levels, I don't even know how many are in there, but keep in mind that the beginning is what will give most players an impression in the game!)

Also, I'd scrap the tutorial level and teach the mechanics gradually in the first levels instead. That might be just me, but I think this way there's a lot more personality to the hack. Makes it less of an "automated" thing I guess?
Speaking of personality, do you guys plan on a storyline of some sort?

Well, keep it up

Posted on 2016-01-03 04:16:52 AMLink
this is cool. I like the new mechanics and gimmicks here. The only thing that quirked me was the randomness of spinjump-killing or not spinjumping-killing the enemies. It's a bit wonky.

Other than that, it's a really good hack

I do art commissions cheap! PM here or DM via Discord for more details.

I really like the results so far. Rhino is big and clunky, and yet you managed to make it fun to play as. Keep it up, it needs some polish as already pointed out.
@Stormkyleis 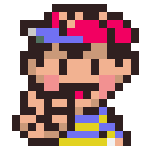 The only 2 concerns that I have with this hack is that the levels are pretty long and have no midway points (which is never a good mix.), and that the castle level got a bit confusing at times because the BG was scrolling with the FG. (The Pillars in the BG looked a bit like a pipe so I jumped on it, didn't turn out too well.)

Otherwise, it was fun and enjoyable, can't wait for the full release.