Posted on 2016-01-23 02:08:10 AMLink
So, it's finally this time of the year again... Well actually we're more than 1 month late for "the usual time", but we had a neat C3 in the meantime, didn't we?
Anyway, it's finally time for the annual VLDC. For those who are new to this, it's SMWC's biggest contest with all the levels later being merged into one giant hack.
The idea is simply, make a neat vanilla level following the rules below and submit it. Also, for those who have a problem with the "vanilla" defintion, I'll have you know, that work on fixing the title (in some way) is in progress. We however do not want to rename out biggest contest which has already brought forth 2 quite exquisite hacks.
Without further talk, let's get into it:

Base ROM:
We provide a base ROM for you to build your levels in. This ROM has a couple of fix patches applied that merely fix stuff that only occurs because the original SMW never had levels that would allow these bugs, or because they have just been overlooked.
The ROM also has SA-1 applied. If you ask for a reason, it's simply because it makes the game run faster and able to handle more sprites, yet doesn't add any gimmicks or other shenanigans.
It also contains the fixed graphics for the broken midpoint pole and the ugly pipes in GFX15 (grass) as well as a 3rd map16 page for global resources.
Using the base ROM is not required, but recommended, as, if your level uses bugs or gimmicks that the base ROM doesn't support, it will not be included in the collab.

The following patches have been applied:
Line-Guided Rope Length Fix (have different rope lengths on other sprite headers than 01)
Line Guide Acts-Like Fix (make line guided stuff use the act-like setting)
Balloon Cloud Clipping Fix (no glitching through walls)
Rope Fix 1 (no midair climbing)
Piranha Plant Fix Patch Fix (making the classic piranha plant usable with green stem and uses SP4)*
Star fix (minor bug with the counter)
Yoshi swallow timer fix (minor bug with the counter²)
5-Up and Goal fix (fix broken graphics for 5-up and glitched score with too many sprites at the goal)
Time Up Fix (no "Time Up" message if you die in levels with 0 seconds (no time limit))
Yoshi Coin Fix (no broken coins on screen border and also usable with act-like setting on map16)
SMW-Fix (Silver P-switch through pipe and no permanent throw block)
Wall-Jump and Noteblock fix (no more death into wall glitch)
Pit fix (no swimming/flying under levels)
Wiggler score fix (you know, that bug to max out your score in 5 minutes)
Spike Top Ceiling Cling (allows you to place them on the ceiling like so)**
Move Layer 3 to Subscreen fix (fixes the option in Lunar Magic)
Vertical level prioity stuff (some stuff to fix priorities on vertical levels)


*the download also contains a <romname>.m16 file, which makes the piranha plant appear according to the changes in LM (using SP4 and green palatte instead of SP1 and red). If you rename the ROM, rename this too.
**Lui37 also did something so that they welk to the left now (in case you read the comment on the patch)

Level:
You are allowed a total of 4 sublevels + your main level, which makes for a total of 5 levels. You can use up to 8 secondary exits to connect those levels. The total level should not take longer than 500 SMW seconds (5 1/2 minutes real time) to beat once you know it (e.g. all the puzzles and where to go and such). Assume that the player is quite a bit slower than you, the creator.

You can use half a map16 page for both the FG and BG. Please use the top of page 3 for the FG (the fourth page in total) and the top half of 42 for BG, as it will make inserting the hacks in the collab later a lot easier.
You are allowed and encouraged to use the switch palace blocks in your level. The level can have a secret exit if you want, but it has to be listed in the submission (see below).

Graphics:
You are allowed to use up to 10 ExGFX files, this included layer 3 files. You are allowed to mix tilesets together, recolor, flip and rotate tiles and overlap a maximum of 2 source tiles. See this image for an example on the last 2 points. Recoloring means all instances of a color in that 8x8 tile must be replaced with the same new color (example, see the dark green pixels). You may not use recoloring to add transparency to tiles (color 0). You are also allowed to use YY-CHR to convert 4bpp (layer 1/2) tiles to 2bpp (layer 3) by simply copy-pasting them. After pasing, the same rules above apply.
These rules apply on an 8x8 grid (just saying it so nobody gets funny ideas of mixing 4x4 or 2x2 tiles).
You are not allowed to use YY-CHR, the 8x8 editor

or any other program to edit the graphics in any other way than listed above.

Music:
Custom music is allowed.
I have been informed to mention that songs outputted with the SPC1000 tool might not get implemented into the collab as they can be quite big in size.
Here is the music of VLDC7 and VLDC8

Judging:
This year, we are gonna give anonymous judging a try, which means the judges, as well as unregistered users will not have access to this forum. (In case you're wondering, I'm not judging)
When the contest is over, I'll give the judges a ZIP containing all the patches. Given that, you are not allowed to sign your hack in any way, like putting your name in the intro message box or something. However, so that no confusion arises (and to make things easier for me), I ask you to name your patch file <username>.ips or .bps, they will be renamed to a random numbers before given the judges, so don't worry.
As such, please also do not put information about your hack beyond this forum. Keep stuff to your threads or use the local Screenshots and Video thread if you don't want your own thread rather than "Works in Progress" forum. Please also refrain from linking on IRC or put a warning before the link.
Violating this on purpose and on repeated occurance can result in a loss of points and/or a ban (you'd need to be a plain troll basically)

The judges this year are:
-Koopster
-Eternity (staff)
-Nimono (PR)
-ninja boy (staff)
please pay attention not to leak stuff to them.
If there are any questions, use the question thread or ask me directly. Please do not contact the judges with questions regarding your level... for obvious reasons.
Now, you might be thinking we're taking this "anonymous" judging a bit over the top but this has been requested by you, the users and participants, as such, I expect you to follow through with it :>

Design(30):
Was your level fun, well built, interesting? Does the level have a good difficulty curve? Not too easy or too hard.
Creativity(20):
Did you put the provided resources to good use? Did you implement a fun and/or unique gimmick? Anything that will make your level stick out amongst the crowd?
Aesthetics(10):
How did the level look? Appearance and things such as usage of decoration, map16 and custom palettes for visual improvement.

For a total of 60 points

Other than the usual badges that will be handed out to the first 5 places, we also got a list of prizes (like real actual prizes) the winner can select one from. If they don't want anything, it will go to the second and so on.

Submission:
Submit a zip file containing:
- your hack as <username>.ips or .bps
- all ExGFX files you created as .bin
- the (half) map16 pages for BG/FG you made as .map16
- the levels themselves exported as .mwl
- any custom music as .txt and .brr
- a level name, secret exit yes/no and messagebox text as .txt

Important Notes:
Participating in this contest is NO guaranty that you will also make it to the final collab hack. We may remove any level from the collab or add a goalpoint to the beginning of the level if we see so fit.
Reasons for this could be: troll submission, violation of the rules, too long or frustrating to play, too many levels for one hack were submitted, your level requiring bugs that have been fixed (see base ROM), having had toast for breakfast.
In the end, the decision will be up to the team working on the collab hack. This is not up to discussion.
Also, since we're using SA-1, remember to set the sprite header

to 10 for actually making use of the "more sprites"

Rules Summary:
You are allowed (to):
- work with 1 partner
- 1 main level and a maximum of 4 sublevels
- a maximum of 8 secondary exits
- an average walkthrough time of 500 SMW seconds
- a maximum of 10 ExGFX files (for graphics AND layer 3, not 10 each)
-- mix tilesets together, recolor, flip and rotates tiles. You can as well merge/overlap two source tiles into a single one.
- half a map16 page (128 blocks) for BG and FG each.
-- (please use the top of page 3 (4th total) for FG and 42 for BG)
- use custom music
- create a thread to showoff your level

You are not allowed (to):
- change the first 3 pages of the map16
- use ASM of any kind
- use the 8x8 editor, YY-CHR or any other tool to modify the graphics beyond what has been allowed
-- use recolor "half assed". Each color has to be fully replaced. (8x8 wise)
-- add transparency to blocks (other than when converting from 4bpp to 2bpp)
- do not edit the original GFX
- leak information regarding your submission or those of others beyond this forum (to keep judging anonymous)
- submit an old level you released somewhere else previously
Last edited on 2016-02-20 04:52:19 PM by JackTheSpades 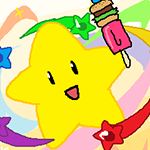 Here it is.
(Doesn't use secret exit)
Thinking... Probably I go move my project to a game in Game Maker Studio. 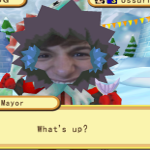 Currently sunken into the Furry fandom...

Last seen: 2 months and 8 days ago

I've scattered some coins around to 'guide' the player; this level does not seem completely impossible without savestates, slowdown, rewind, cheat codes and swearing to me, but play at your own risk.
Last edited on 2016-03-02 10:54:11 PM by Morsel

here's my thing yo

My first vanilla contest to be entered into a collab. Could fit a factory or castle or factory castle.
My Youtube Channel. 90,000+ subscribers! 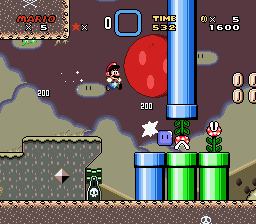 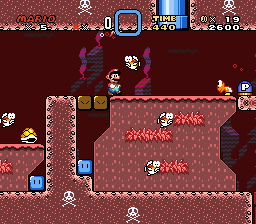 2 exits, and a secret easter egg area devoted to K.T.B. because he insisted.