Sampled? Up to you.

A metal music played in a sega-genesis-ish platforming game released on steam.

Possibly one of my favorite indie game music, fits for night, city, and athletic levels. Especially at 1:37 when the choir kicks in.

Also, there is a variation of this song titled “Cosmic Necropolis” (using more techo-instruments, good for, obviously for outer space levels), feel free to make a variation of that song as well.Give thanks to RPG hacker for working on Asar.

Dark Mario Bros has finished it! 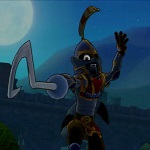 I hope this motivates people to port the music from this masterpiece. Thank you so much!
Nobody takes flopping Cheep-Cheeps seriously.

Posted on 2019-12-06 04:03:11 PMLink
this sounds like it works PERFECT for smw. even with the original sounds maybe, but definitely with samples. I could help with transcribing. like making sheet music or midi files that could be used then. But Im to lazy to do the entire thing right now. Thought maybe someone would be interested in it.

Last seen: 18 minutes and 53 seconds ago

Go to zophar.net. That site has SPC files.

Here is my request:

I would ABSOLUTELY love to see this song done in some fashion:

Last seen: 16 minutes and 28 seconds ago 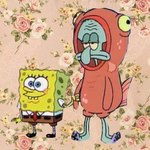 Last seen: 6 months and 4 days ago

Name: "I Was Mario's Tash" by Vim!
Type: Port / Remix
Sampled: YES
YouTube: Link
MIDI: No, but there is a .mod file circulating online if that helps (pretty sure you can convert it to MIDI).

Anyone who played Sploder in its prime years will really be taken back by this one. I wouldn't expect this one to be too hard considering this is a chiptune remix of the SMW overworld theme. Would appreciate it if it's made in the same 8-bit style as the original (for nostalgia purposes lol).COMING SOON:


Other note: I'd like it unsampled because I want for it to be compatible as starman music.
I'd also prefer if the speedup wasn't replicated, but having an alternate version with the speedup included, I wouldn't mind.

Want it as boss music
I'll give it a shot.

Want it as boss music
I'll give it a shot.
Great job.

Want it as boss music
Done!