How Do People compose custom Music? 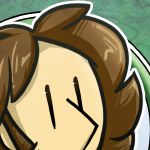 Open it in FL Studio(Other Midi editors work, I like FL Studio, the free trial should be capable enough)

The SNES can play up too 8 notes at once, make sure each track is not playing more than one note. This includes Drum Kit Parts. If you have a chord, break it up into different tracks.

Use C5 for drum kit parts as that is the middle, you can go higher or lower for drum fills.

Use 'TinyMM' To convert it to a .mml

Refer to the read me in MML for more info.

Use something like AM4 Player to test your track as you are working on it.

[There are ways to make the song loop with an intro and shorten the trxt by looping repeating parts, will probaly post how to later]

Once the track is done use AddMusiK to import the song

^ Needed for AddMusiK, but AM4 player can't play it if it's in, so do it last.


Then you have a song:

Posted on 2016-08-11 03:03:12 PMLink
Originally posted by Motament
Make sure the octaves are not too high or low, 5 is the middle. 4,5,6 is optimal.
*o4. Five is it on a midi file but the SNES can only play up to 6 octaves (o1 - o6). The center is such. In addition, six likely causes a pitch overflow (pitch is higher than 0x3FFF) and should be avoided (unless you know what you do like the composers of Earthbound).


Originally posted by Motament
@17 - Sample
Rather minor: Not really wrong but you don't load the sample directly but rather an instrument which has got predefined ADSR and tuning.
Note: Technically, this is true on many SNES games made from Nintendo where the sample is the instrument number. But SMW and AMK's music engine don't do it.


Originally posted by Motament
y10 - ????
Not quite minor but still compared to the others: Panning, where the volume is at 10 is the centered, 20 to the left and 0 to the right.


Originally posted by Motament
Use something like AM4 Player to test your track as you are working on it.
The SPC players works fine. Moreover, it's an Addmusic4 player, not AddmusicK player.


Originally posted by Motament
#am4
;Jump In The Fire - LarryInc64

^ Needed for AddMusiK, but AM4 player can't play it if it's in, so do it last.
Not recommend at all. AM4 is kind of limited to AMK, not to mention that some commands are different. Use #amk 2 instead.

I used #AMK, as I found it in another song file from here, and it seemed to work. Also nice to know about stereo mixing as well.

The version I have of 'SNES SPC700 Player' (The Japan one, I think I got it from here) can't play .mml files or .txt files.

Though AM4 Player has a 'reload' button making it easy to use as a test player. You make a change, save and press reload and you hear the change. It also has a txt/mml to .spc converter built in.

What would you recommend for SPC to MP3? I use Audacity for my Soundcould uploads, though it's a bit obtuse. Importing a .SPC file makes it keep importing and not automatically stop, looping over and over making a track be over an hour long unless you manually press stop.

The imported midis are put into a thing called a 'pattern' that can be placed into the 'playlist' and cropped without modifying the original pattern. Makes it easy to make intros and loops.

The method I worked out is first in FL Studio, make the loop and export the 'mode: Song' to midi. Put it into MML Editor and make sure it loops properly and put a '/' in front of each track's notes. (/ marks the loop point)

Then go back into FL Studio and in the playlist space, crop the pattern of your midi to the intro. Make a new pattern with 1 middle C note on every channel (Middle C is a simple note in the text). Drop that pattern into the playlist after the intro, where the loop should start.

Export that Midi and put it into a new window of MML editing tool. The last note of each track should be C5, delete that. The intro should end where the loop begins. Copy each track's note text into the original loop file, before each of the '/' Markers.

Now the song should have a proper into and loop, without the tracks getting off sync.

(This same C5 tip should make sure your song loops properly, as the loop ends at the first track to run out of notes)

(I could add pictures if you want a visual guide, or maybe I'll make a video if someone *cough*MarioFanGamer*cough* would like to colab on a script to make sure all info is correct)

I also went though all the SMW instruments and made .wav files of each of them, so they can be used in the 'DirectWave Sampler' so you get a better idea of what it sounds like before exporting to midi. Though you will need to ether replace all the DirectWave instruments with 'MIDI out' or copy the piano rolls to a new pattern. Exporting a midi with anything other than midi out, will not work properly as a midi or in MML editor.
Last edited on 2016-08-11 03:42:36 PM by Motament

Posted on 2016-08-11 04:15:35 PMLink
AMK can generate SPCs so AM4Player is, generally speaking, redundant (although admitingly, Vitor really should update that tool).


Originally posted by Motament
What would you recommend for SPC to MP3? I use Audacity for my Soundcould uploads, though it's a bit obtuse. Importing a .SPC file makes it keep importing and not automatically stop, looping over and over making a track be over an hour long unless you manually press stop.
You can export SPCs to .wav files with the SPC player.

My guess Label Loop is what you use? IS it just highlighting repeating patterns and clicking on Label Loop?

Posted on 2016-08-12 12:27:03 AMLink
I don't even bother with tinymm; I just use Anvil Studio to read the notes in the MIDI and type up the text file based on that. If it's from a SNES game, I'll usually skip the MIDI entirely and listen to the SPC (note: does not work with either Earthworm Jim game, Toy Story, or Monstania because the instruments constantly switch channels), and if it's from an NES game, I'll sometimes open the .nsf in FamiTracker and get the notes that way. foobar2000 also lets you listen to Genesis music a channel at a time (well, mostly...), so I could use that as well, though I haven't ported anything that way yet.

Now, that's all just for porting music from other games. When composing music, I just write it directly in the text file.

Despite occasionally messing with an octave and having to put some < and > in, it seems to still work, and be a smaller body of text.


I'm used to working with FL Studio, and it seems to work fine when converted from Midi to MML.

On another note:
It was being sorta asked in another thread, is it posable to make your own samples from WAV files or something similar?

Last seen: 13 minutes and 27 seconds ago

Posted on 2016-08-12 05:22:50 AMLink
Usually what I do is download SNES soundfonts through the internet to use in FL Studio so I know exactly (or almost exactly) how my song should play before typing down everything in a txt file. Theoretically, you could also apply the same logic to just creating raw midis, but there are two problems to this. 1) You won't know how it'll sound exactly because the octave changes in a midi actually swap out instruments (which can throw you off). 2) You won't have the creative freedom to use special instruments from tracks such as Final Fantasy 6's Devil's Lab or Donkey Kong Country's Funky's Flights (aka, the "HIYA!" sfx).

If there isn't a soundfont for your favourite SNES game, you can also try using the C700 Plugin to add in raw BRR files in FL Studio. Warning, though, that you'll need to learn how to tune the instruments in there also, which really isn't worth the trouble. Really, you can just swap out instruments after you're done with FL Studio and you already typed out all the notes throughout the respective channels.

Also keep in mind that you can only have 8 instruments playing at once, because you have 8 channels in SNES's soundchip... so make sure you don't try making any ridiculous 16-note chords with 22 percussion notes playing all at one moment.