Last seen: 10 minutes and 22 seconds ago

The German hacking community still isn't entirely dead! It took us a couple of minutes longer than expected, but the team hack we made in 2014 now has a sequel.


Originally posted by description
This is a small team hack made by the few remaining users of the smwhacking.de community, and a sequel of sorts to the SMWHacking.de Collab.

It's called the SMWHacking.de Collab ½ — it's half as ambitious, it's made by half as many users, it's got half as many levels, and it was worked on half as fast.

As the description says, this was quite a bit more Development Hell than the last one, owing to the lack of activity on the forums. (There's like, what, four or five regulars there still?) I had hoped we'd be finished by C3, but deadline extensions kept creeping in. To be fair, though, the "half as many" claims are a little exaggerated — and it's still been much smoother sailing than, say SMWCP2.

Thanks to Luks, by the way, who initiated the whole thing! I only took over the "leadership" recently in maybe half of a coup d'état.

That being said, enjoy the hack! There's ten levels, they're all accessible from the start, and they were mostly left exactly as they were submitted (you be the judge if that's good or bad). Hope you have fun! 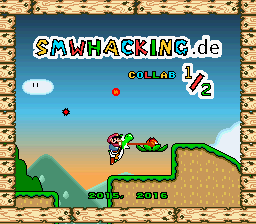 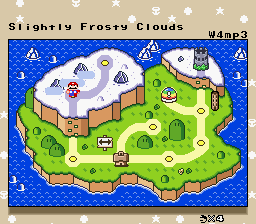 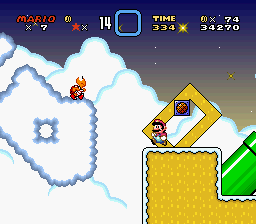 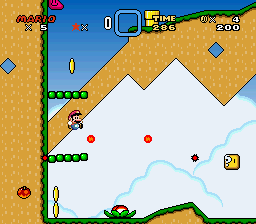 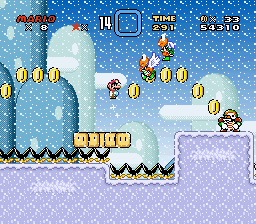 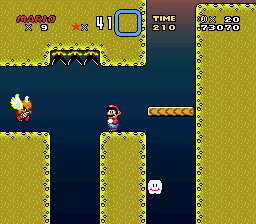 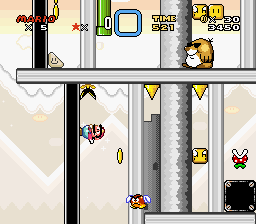 Posted on 2016-09-26 11:44:35 AMLink
I get that this is a full release hack, but there is one key feature missing that sort-of ruins the enjoyment of playing it. Currently there is not much reason to beat any levels, so adding an indicator for completed levels (like the ones found in the VLDC collab hacks) would be nice. You could maybe even add a Dragon Coin indicator to give those a purpose as well.

Also, a reward for beating all the levels would certainly make the player want to finish the thing, even if the reward is a simple credits level.
Layout by Erik557
Hi.
Last edited on 2016-09-26 11:45:44 AM by Wind Fish

Anyways, I really liked this!! The tone was perfect, incredibly joyous and fun. I had a blast playing through these levels! Great job to everybody involved! :)r̲̲̲̲̲̲̲̲a̲̲̲̲̲̲̲̲t̲̲̲̲̲̲̲̲s̲̲̲̲̲̲̲̲p̲̲̲̲̲̲̲a̲̲̲̲̲̲̲̲w̲̲̲̲̲̲̲̲n̲̲̲̲̲̲̲̲
madeulook

Posted on 2016-10-03 03:23:06 PMLink
Originally posted by Hobz
I don't see how a level counter matters for a hack with 10 levels. or a yoshi coin counter. Collect them if you want to or dont if you dont want to. Same goes for beating levels.

Say you only feel like beating two levels or something. You eventually come back to it at later date, and probably won't instantly remember which levels you have beaten. So it's good for people who don't playthrough the entire thing in one go.

Posted on 2017-02-21 09:35:04 AMLink
Or instead of having them do more arbitrary work for no reason you
go into a level press start and then select, you exit the level?
Congrats, you already beat that level.