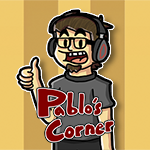 UPDATE: The Fix Patch has been released, you can also patch it to your existing ROM. 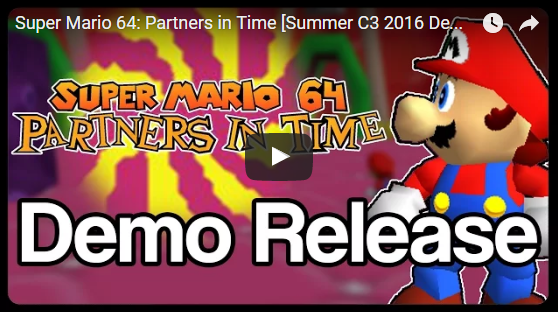 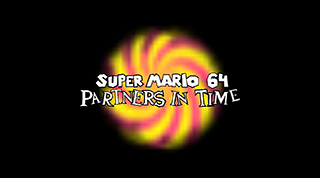 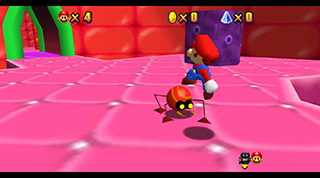 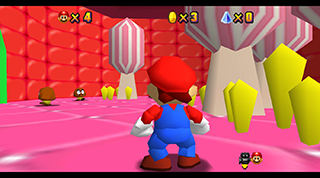 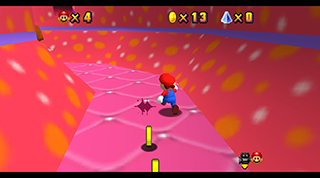 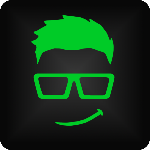 Publiée le 2016-12-15 08:50:08 AMLien
Hello fellow time-travelers!
I just want you to know that I just finished modeling the main area of Vim Factory with about 10k Polys. I hope I have enough space left to add 2 more small areas: The boss room and a small secret area used for one of the stars. I'm pretty happy that I came up with enough ideas for this level so now it can be a full 7-Star-Course!

Make sure to tell us anything you don't like or any recommendations and ideas. The more opinions there are on this the more we can improve this game!

Currently the plan is to have some main courses with 7 stars each and also some minor side courses with 1-2 stars, depending on how big a stage is. Overall there'll probably 80-90 stars. The levels will all be modelled after their 2D counterpart. But since this mod is not going to be as linear as the original DS game, there might be small changes every now and then. I am also planning to add a few new things to keep things more interesting than just having a remake. Overall I'm still not 100% sure how things will turn out, since this is still in development. However the said things are the most likely to happen!

You were told enough times to stop reregging, this is stopping now.

Publiée le 2016-12-27 08:15:00 PMLien
Originally posted by Grillollo
Spartapablo There will be Super Mario 64 Bowser's inside Story and Super Mario 64 Dream Team?
Possibly, although for now I'm focused on Superstar Saga and Partners in Time.

Publiée le 2016-12-28 06:51:11 PMLien
Correct me if I'm wrong, this hack is based on Mario and Luigi Partners in Time (NINTENDO DS) and Super Mario 64 Superstar Saga is based on the MARIO and LUIGI SUPERSTAR SAGA (GAMEBOY ADVANCE)

Publiée le 2016-12-28 09:54:29 PMLien
Originally posted by Mimmobombo
Correct me if I'm wrong, this hack is based on Mario and Luigi Partners in Time (NINTENDO DS) and Super Mario 64 Superstar Saga is based on the MARIO and LUIGI SUPERSTAR SAGA (GAMEBOY ADVANCE)
That is correct.

Publiée le 2017-01-10 06:28:25 AMLien
I would love test this game out on a real cart an possibly publish it if i where make them think i could get permission carts are on me heres spoiler dont tell anybody

Publiée le 2017-01-11 05:09:18 AMLien
Not sure why you are posting a cartridge that has nothing to do with the hack in the topic but OK...Congratulations! You have just met BroDute's number 1 fangirl.

I just recorded a new Preview starring a full course and even a completely new bonus area. Be sure to check it out!

As I was explaining sometime earlier, I planned to add more new content to this game, rather than just turning all stages into 3D. This is possibly the best outcome so far. A completely new, challenging area for you to enjoy! So that means, even if you are familiar with the original Partners in Time, you will still discover new things during your playthrough. I hope you like the things you've seen so far!

(Side note: Don't worry too much about the music, it will very likely change in the future when PablosCorner replaces some of the instruments! ;))

Publiée le 2017-10-04 02:40:14 PMLien
Originally posted by Omega_Merk
Do you think that after you finish this project you might move to other M&L games such as Inside Story?

I really don't know yet. Both Superstar Saga 64 and Partners in Time 64 are big, time consuming projects. It would make sense to recreate the third game of the series as well but that's just too far ahead in the future to announce safe intentions.

For now, have fun with our current projects.