Localisation: no clue. earth i guess? 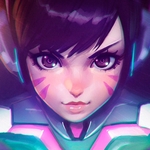 Would help make levels using puntin' chucks not be a pain in the ass, and also possibly have better design.Super Mario World 3: The Koopas Strike Back
Super Mario: Grand Journey

Publiée le 2017-02-21 11:24:06 PMLien
I was definitely thinking of adding that one, because man I hate footballs. I just forgot to actually patch it LOL

Added, it'll appear in a later base ROM revision.

Publiée le 2017-03-11 05:49:55 AMLien
That's a bit difficult. I'd say, the levels should be build around that patch, at least to some degree, so whether you include it or not should have been discussed at the beginning.
I think, I chose no.

remap note blocks and on / off blocks to use sp0 / sp1. im not sure if any other sprites need to be made global (the goal spheres maybe if there's room? lmao)

line guide act-as fix. allows line guides to be used just relying on act-as (still has to be set to rope), so you can use exgfx for the fg and not worry about the line gfx being in the same place.

free scrolling. this allows scrolling to work more like SMBX, where the scrolling just follows the bottom of the player. this is probably more questionable, but it would allow for stuff like having the screen scroll when you spin jump off of enemies and could allow you to ride thwomps and stuff upwards. i don't mind if this is refuted though, but it does prevent the kinda janky thing where the screen doesnt scroll with the player when they spin jump off an enemy and it has to "catch up" to the player.

i'm also pretty unsure of the walljump tbh - i think it's a bit of a polarizing patch. a lot of folks seem to be iffied off of this project cos theyre not terribly fond of the walljump. i would rather use the ground pound or this to add a fun gimmick to mario's movement - but idk about the walljump lmao.

also about the powerdown - yes, but only if we don't use reserve lmao. with reserve it just allows the player to tank 900 hits.