Posted on 2017-04-03 06:14:14 AMLink
What about the level data screw-up thingy the SkywinDragoon mentioned? Is it still there? And what about the silver P-Switch bug?My Mode 0 guide.


Code
I do art commissions cheap! PM here or DM via Discord for more details.

Posted on 2017-04-11 04:36:39 AMLink
PIXI should. However, due to the way, how Asar uses the path for incbin and incsrc (it uses the foler where the ASM file is located, not where Asar is as the previous assemblers did), try to delete "sprites\".

That colon makes it a label, so it thinks the filename is a command. Remove it.

And yes, remove the directory too. And if you need more directories, use the forward slash, Asar doesn't like backslash.<blm> zsnes users are the flatearthers of emulation 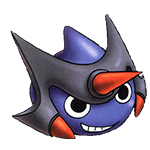 The shooters of the original game doesn't work.
Layout by Koopster

Posted on 2017-04-19 04:40:18 PMLink
It has a option to disable inserting per-level sprites (tables, code and everything)? The tables occupy four full banks of space, I feel like it's a waste of ROM space if you're not gonna use per-level sprites.

Posted on 2017-04-19 04:44:43 PMLink
tables are "filled" if there is a sprite within them, otherwise they only contain 16 dummy bytes.
I thought about a disable option, but in the end, making the code dynamic like that was just a bit too bothersome.Anime statistic on MyAnimeList:
400 animes completed ✓
6000 episodes completed ✓
100 Days completed ✓
... what even am I doing with my life?

The shooters of the original game doesn't work.
good job testing jackie (I mean kinda tested too so I'm sorry). Replace SubShootLoad in main.asm with this: 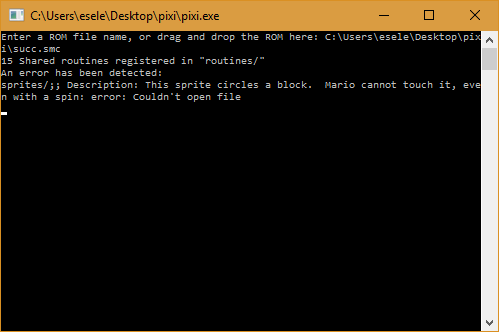 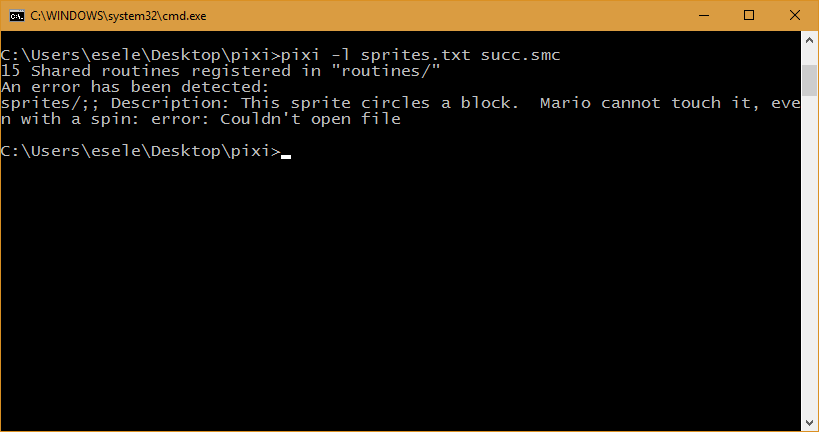 The shooters of the original game doesn't work.
good job testing jackie (I mean kinda tested too so I'm sorry). Replace SubShootLoad in main.asm with this:


Code
The shooter number wasn't getting saved on a SA-1 ROM due to the hijack move.

God, thanks so much

(edit: sorry for the disturbance)
Layout by Koopster

EDIT: Nevermind, seems like it was a tweak I've done to main.asm

From: Republic of Korea 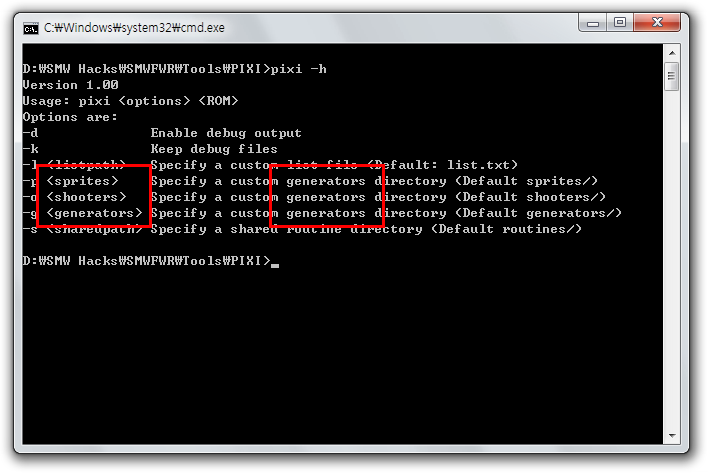 Posted on 2017-05-13 04:28:13 PMLink
Originally posted by Dan
Gonna be very blunt here and say that newer tools really shouldn't have to keep Windows XP in mind. Windows XP is outdated, no longer maintained by Microsoft and should just be forgotten about. It's not Jack's fault that it doesn't work on XP, and you're best off upgrading to Windows 7, 8 or 10.

If money is an issue, well, there's always alternative options that I shouldn't even have to name here.

The Minimum Requirements is 1GB of RAM, x86 and x64 and 1Ghz for running Windows 7.

I get the new computer on the future when i got work at work.

So In the future, I buy my computer with Windows 11?

Windows XP is still for use this year!!!!! Some programs not working.
such as VGMTrans, sp4sar?, Spotify, Discord, Chrome, Firefox, PC Gaming, Steam, iTunes, and more and Windows 7 or higher Works at all.
Also Works with x86 Version.

I keep to talk about that.

Originally posted by TheJuanCarlos64
Windows XP is still for use this year!!!!!
The question isn't "does at least one person somewhere want this", it is "would sufficiently many use this that it's worth the extra effort".

There is a point where the answer is no, and I'm afraid we'll have to disagree on whether this point has been reached.

I don't know what Jack feels, but judging by him not having any idea why it'd be incompatible, "the extra effort" is probably pretty much. I don't think he can test it, either.


Quote
So In the future, I buy my computer with Windows 11?

Is not cheap.
Originally posted by Dan
If money is an issue, well, there's always alternative options that I shouldn't even have to name here.
here's said alternative.<blm> zsnes users are the flatearthers of emulation

Posted on 2017-05-17 01:34:31 AMLink
There's a stolen government ransomware rootkit running around, too, and computers using older versions of Windows in hospitals and the like have already been compromised. IIRC Vista+ have been patched automatically, but older systems need to be patched manually.Let's milk Sunny Milk. Then she'll have enough money to fund Sunny Milk Real Estate.
Everypony's digging with a shovel