I know there are some other people out there with this sensitivity.

Is there any way to get rid of this? It's not that seriousMy Mode 0 guide.

Posted on 2017-06-05 02:49:38 PMLink
Because I love the eon duo so much, I just can't see them get hurt or get put into NSFW situations. I hate the internet for it. I also am quite afraid my interests are bad and that I should feel bad for having opinions, while most of the time that's not the case.

Posted on 2017-06-05 04:05:42 PMLink
i'm a weird combination of an obnoxious egotist and a self-loathing pessimist. i get really offended whenever someone unironically insults me but eventually i'll cave in and start thinking they're right.
c3 winter 2021 | music stuff | youtube

Posted on 2017-06-05 08:20:44 PMLink
i get offended on behalf of other people, but i'll usually just keep my nose out of it unless its somebody directly attacking somebody. For example I was iffy on Dave Chapelles' new specials on Netflix. They had funny jokes, but the extended jokes about rape and gay made me feel uncomfortable. But other people liked those jokes, so i'm fine with saying they just weren't meant for me.

i dont really get offended by people attacking me because my life's been terrible enough that it's like whats 1 more person that doesnt like me. Plus 9 out of 10 times if somebody's insulting you their opinion probably isnt worth much, at least it shouldn't be. Especially if its the internet. Who gives a fuck what a bunch of strangers think of the person they perceive you to be through a screen name? e: unless they like me. in that case they're probably smartumm... can i help you!?
Last edited on 2017-06-05 08:21:53 PM by Hobz Non-joking answer: child/animal abuse is the only thing that can make me break

Posted on 2017-06-05 10:05:02 PMLink
I don't normally get offended easily, no. Ironically, though, I get offended by other people getting offended easily. Kinda stupid, I know, but to me it usually just feels like those people aren't interested in a discussion at all, so they just react with the first emotion that comes to their mind, which is anger. I don't think behavior like this accomplishes anything other than sowing hostility, ultimately making the problems even worse.

As far as speech is concerned, I'm not sensitive to many things, but I guess I'm not really too fond of sexism and other forms of discriminating talk, at least when I know that people are serious about them. Like, I really don't mind when people use speech like that in ways that is obviously humorous in nature and not meant to be serious or harmful (e.g. something dumb like "How many women do you need to change a light bulb? - None, it's men's work"). However, when I feel like people are actually serious and mean what they're saying, then yeah, I feel quite uneasy towards that.Feel free to visit my website/blog - it's updated rarely, but it looks pretty cool! Sometimes I'm probably insensitive.
I detached myself from negative feelings in general.

But that's kinda good, makes you feel happier and less offended by things. It's simple, you can't be offended if you don't care about it.

You must really be trying to make me feel anything like this.

There are some easy ways, but I'm not putting them here, because I don't want anyone purposefully making me feel bad.

Otherwise, you can be horrible as much as you want and I will probably just ignore your words, of course I will not consider you any good either.Хуй войне!

Posted on 2017-06-06 02:02:18 AMLink
I'm a very optimistic person, so I never let anything let me down for too long. I can get hurt sometimes but I always end up taking criticism constructively at the end of the day (literally speaking, it usually doesn't take more than a day).
I also forgive very easily, something that I can see breaking my face in the future.
Last edited on 2017-06-06 02:33:18 AM by Koopster

Posted on 2017-06-06 02:16:58 AMLink
I can be sensitive sometimes, but on the inside I'm pretty optimistic and forgiving (there are exceptions). I'm always open to all sorts of criticism about my behavior. Anyone who knows me is usually aware of how I act in the sense of trying to not let anything drag me down at the end and just go on with no worries.

Posted on 2017-06-06 02:38:18 AMLink
Even while I'm ticked off at a hot button issue, I generally try to find any kind of silver lining, even if it takes a bit. Strangely enough, I can also read memes and jokes that take potshots at some of my own beliefs and opinions without firing back with vitriol of my own, maybe sometimes laugh at the cleverness. Maybe it's easier to be offended in real life than on the internet?
I'm generally more open to objective criticism than subjective, but that doesn't always mean I won't consider the subjective criticism.


Originally posted by RPG Hacker
Ironically, though, I get offended by other people getting offended easily.
Same here, mainly if it crosses the line into real life becoming satire.Legacy custom music
A site with a non-useless dislike button
SMW hacking channel 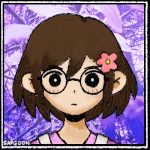 Posted on 2017-06-08 01:47:01 AMLink
Originally posted by MercuryPenny
i'm a weird combination of an obnoxious egotist and a self-loathing pessimist. i get really offended whenever someone unironically insults me but eventually i'll cave in and start thinking they're right.
I'm the opposite of this. To use the same example, if someone unironically insulted me about something really serious, I'd say something like "you're right lol" while secretly being hurt on the inside

Posted on 2017-06-08 02:01:26 AMLink
I think, unless the situation is egregious, that being sensitive is a total waste of time. That's why I'm angry a lot at certain extreme liberals although my own ideology is liberal.

i have fun with memes and jokes of sensitive things and sometimes making fun of them to piss off people because their reactions are so lovely.

But some people THINK they're so masculine at times to the point of calling athletes and strength trainers "faggots".
It's like for some kids and neckbeards the ULTIMATE expression of 'masculinity' is sitting around with a potbelly and drinking beer while criticizing anything and everything.
ACTIVELY SEEKING OUT feminist communities and taking shots at them for no reason. And if you tell them to just ignore those communities they have this COMPLETELY ABSOLUTE Us-vs-Them mentality. If you aren't angry 100% all day everyday then you're dismissed as a "faggot" as well.a
Last edited on 2017-06-08 10:41:39 AM by MyPocketPlant