Due to activity slowing in our featured hacks forum and a lack of enthusiasm all around, we've agreed it would be best to rework the system, and keep discussion and nominations to this thread.

First and foremost, we have decided to scrap the review system, in turn making the featuring more accessible for everyone. Nominations of course still remain, and hacks are to be nominated and discussed in this thread. With reviews gone, the hack moderation team are the ones who will ultimately decide on whether or not a hack is to be featured or not, and are also able to nominate hacks themselves. All nominations are discussed among the hack mods before making a decision. A hack under discussion will be given the Awaiting Verdict status.

With the changes in mind however, many of the rules from before still stand.

It is also encouraged that your requested hack has a good reason to be featured. Nominating somebody's first hack that was rejected from the section half a dozen times is probably not smart.

Posted on 2017-08-08 01:33:21 AMLink
I would like nominate 100 Rooms of Enemies. I think it has a good balance between interesting puzzles, and classic Mario stomping. It has a nice difficulty curve, starting from fairly easy to pretty difficult late in the game. Overall, I think it's a fun and enjoyable that anyone can pick up and play.

This hack has nice graphics, good level design, and some pretty impressive ASM. Is gud.

Posted on 2017-08-08 08:14:55 AMLink
I'll nominate A Strange Mission, it never gets old. It's a wacky, cool and most importantly fun adventure, with well designed levels and secrets.

Posted on 2017-08-08 08:57:08 AMLink
I'll nominate Tsunami Island. I love how this hack has a classical Mario feel, but doing a few different things with it, rewarding exploration.

lost my computer which had lwrc4 on it, rip.

Posted on 2017-08-08 09:34:14 AMLink
I'll nominate ColonThree. It's an incredibly creative and challenging pit hack and it never gets boring.

Pure level design. Each level has its unique and interesting gimmick. World map has tons of secrets and multiple routes to go. Its really 5/5 hack that is must play.*THAT'S RIGHT!! NOW'S YOUR CHANCE TO BE A [[BIG SHOT]]!!
*AND I HAVE JUST.
*THE THING.
*YOU NEED.
*THAT'S
*
[[Hyperlink Blocked]]
.

100 Rooms of Enemies:
Tried it myself, and enjoyed it, but I'm looking into what seems to be a game breaking bug where the player cannot progress, which would really bring the hack down.

ColonThree:
The longest pit hack, and one which seems to be regarded very well. I'd be happy to feature it, but I'm going to consult our specialised pit mod first.

Last seen: 25 minutes and 37 seconds ago

The levels are very well designed and engaging, plus exploration is encouraged sometimes (it's a +1 in my book). The overworld mostly being non-linear is also a great touch so that you can play the levels in whatever order you feel like while you can. The soundtrack is so damn great and it's also original! The ASM usage in this hack is also excellent, especially with items you get to pick in levels in order to also access or pass others, but some of them also have effect in the overworld so that you can access levels you couldn't before. There's even postgame stuff... well the hack really has a lot of stuff that keeps you engaged!

if we're gonna feature any pangaea hack tho, im +1 for super dram world 2. tight fucking kaizo design, really creative hack, and actually like playable by most people who can play kaizo stuff.

and obligatory mario's keytastrophe rebirth edition, cos i'm sure it'll get suggested sooner or later anyways.

i'm ambivalent about yump being featured or not lol. touhou mario might be impressive, but i don't think it's really worthy of featuring t b h. i don't remember it being very fun frankly. colonthree might be a better choice over item abuse 3, but i'm not sure. not that the two can't both be featured eventually lmao. no opinion on the other suggestions, but just remember to feature stuff that really really deserves it. 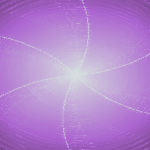 In all seriousness there is some really clever puzzle levels in that hack. I had more fun with YUMP than many serious hacks.

Posted on 2017-08-08 08:30:48 PMLink
+1 to YUMP
good level design and no aesthetics
It's really creative and it uses some never before used gimmicks that are vanilla.
I also really like hacks that have a stylistic suck.Check out Team Hack Fix/Translations' thread full of fixed and translated SMW hacks!

Last seen: 8 months and 8 days ago

i really like the rest of rom hack, but neon city is an awful level and it's early enough for players to throw the controllers at the console 5 times in a row (3 with a cape), whoever made this garbage should be banned from making smw levelsLegacy ports zip (now that those went down because Dropbox)
Last edited on 2017-08-09 06:19:50 AM by xfix

Posted on 2017-08-09 06:36:39 AMLink
-1 for YUMP because it is objectively a bad hack because it is supposed to be a bad hack. Yes, there are actually levels in the mid and late game that have more creativity behind them than most of the hacks on this site, but this hack clearly breaks the rules for submission, let alone being featured. It's a joke hack but let's not overdo the joke here.

If you'll play the mid and late game, much of the creativity is also incredibly jank. It's a hilarious and cool experience, but also not exactly what the best hackers here strive for. Take worldpeace for example. He spents hours polishing his levels and taking out any possible difficulty curve. Taking the serious part of YUMP this seriously sorta gives people like him a reward for taking out all the polish and extra work in his levels. Don't get me wrong, the levels are amazing. But they are a different kind of amazing lol.

Another thing that wasn't talked about it glitch abuse. This hack requires heavy glitch abuse to beat, and the puzzles are really creative but really unfair and jank.

There are also many levels that suck lol. Again, they were made to suck on purpose, because it's YUMP.

Just play the levels and enjoy them, instead of making a meme out of it. It definitely is a one of a kind hack, I will admit. However, a hack being featured on this site indicates excellent level design and incredible creativity and polish, which is something this hacks lacks, and the real project (JUMP 1/2) definity has. Reminder that there are certain users that spent literally months working on a JUMP 1/2 level and made their YUMP levels in a few hours. 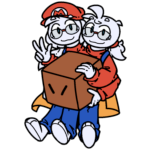 Last seen: 2 hours and 37 minutes ago