Opcional Crash in a meme/joke hack = not
Diagonal Mario 2

If you didn't played Diagonal Mario 2, when Bomb-Ombs explodes them crashes your emulator (because the explosion is great). You can avoid this if you kill the Bomb-Omb (or just run away from it, leaving her offscreen)

Posted on 2018-02-02 12:04:15 AMLink
This belongs in Moderation Questions and not SMW Hacking Discussion if anything, since it seems to be a poorly worded complaint regarding moderation.

Also, just reading the title kind of makes it pretty obvious that yeah, crashing is kind of completely worse than any of those other things.
As for the "VIP hacks" thing, I don't know any of them well enough to know what they have to do with this, do they all crash?

It sounds like you could fix your issue by just fixing the crash to not be a crash, by the way.Your layout has been removed.

Posted on 2018-02-02 12:08:14 AMLink
Is it a save file-wiping crash? Cause I don't think anybody enjoys to lose their game progress, it's not really funny. Fix it instead.
If it's not save-wiping I think it's fine for a joke hack, considering you even get a warning (looking at the screenshot you posted). Just save your game before playing, I guess. 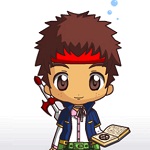 Posted on 2018-02-02 12:15:10 AMLink
AFAIK, there's almost no save file-wiping in the game (the only level you may lose is the level after the ghost house, which is pretty easy to clear and won't be a problem to lose. I think this crash shoudn't be considered relevant for a joke hack, as it's pretty clear the game will crash (there's a message box in front). Maybe changing the position of the box to be the first thing seen by the player?Bye.

Posted on 2018-02-02 12:29:26 AMLink
SMWC's standards for joke hacks are still unclear but I'm certain they're very strict on the crashing matter. With that being said, Diagonal Mario's intentional crashing can be considered (rather, it IS) part of the game's gimmick/mechanic.


Originally posted by leod
It sounds like you could fix your issue by just fixing the crash to not be a crash, by the way.
Yes that can be easily fixed but I don't think the author would want that, as it's going agains the glitched/chaotic thing he's going for. The crash doesn't make the game unplayable as far as I remember, and it's only present in one section of the game, in which you can avoid "easily".

I think you should've mentioned to the moderators in a note when you submitted your hack that the crashing was intentional so it could've been seen as an actual game mechanic. Worst case you could've appealed privately for it to be reconsidered.

Posted on 2018-02-02 02:04:28 AMLink
After a pretty thorough staff discussion, given that the bob-omb crash is the basis for the entire level, is clearly intentional, and is clearly played for humor, we've decided that this is completely acceptable.

Lester_Vine, resubmit the original hack (not the optional version) and it'll get accepted.

For the record, unintentional crashes caused by glitches is still an instant removal reason. Intentional crashes are also still an instant removal reason outside of kaizo (not all the time, and only if the crash is due to a glitch present in SMW) and joke hacks. Also note that joke hacks have a very high quality standard that it must hit to be accepted, much higher than normal hacks.


Originally posted by Chihaya
I think you should've mentioned to the moderators in a note when you submitted your hack that the crashing was intentional so it could've been seen as an actual game mechanic.

Nah, that wasn't necessary. It was obvious that it was the level's gimmick. It was rejected despite that. It turns out I was wrong.

Posted on 2018-02-02 02:14:13 AMLink
I was just enforcing the rules in your case since I was the one who talked to Noivern about that specific crash, but yeah, we decided that you can resubmit the version that was removed. YUMP set the bar to allow crashes in joke hacks, so your hack will not be an exception.

The only thing we (or yourself) will add in the description is a small warning about the crash that's purely part of gameplay.

Posted on 2018-02-02 05:44:28 AMLink
in my opinion, crashes should not be allowed period. a crash is inherently unintended behavior, and thus has unintended results. if you really need to meme it up, use a fake crash instead. literally the same thing for the end-user, but it wont potentially break the system/emulator

Posted on 2018-02-06 06:05:17 PMLink
Originally posted by Ladida
use a fake crash instead. literally the same thing for the end-user, but it wont potentially break the system/emulator
This seems reasonable to me. Not too hard to fill the screen with garbage and then maybe print "crash lol". 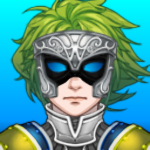 Posted on 2018-05-03 12:08:30 AMLink
My layout has recently been updated, but you still have the old stylesheet cached and things might therefore not look as intended, as such, it’s recommended to reload the page.
Originally posted by Kaijyuu
Originally posted by Ladida
use a fake crash instead. literally the same thing for the end-user, but it wont potentially break the system/emulator
This seems reasonable to me. Not too hard to fill the screen with garbage and then maybe print "crash lol".
You could probably use my Core Dump Patch as a base for that.
Visit my website: https://ExE-Boss.tech
Recommended code font: Input

Posted on 2018-05-03 03:16:35 AMLink
This thread served its purpose long ago. I don't think it's appropriate to bump a 2-month-old thread whose author is inactive, especially when what you're posting is not related to the intended topic.