If there were one thing you could tell your past self about hacking, what would it be?

Posted on 2018-02-28 06:57:02 PMLink
Originally posted by RussianMan
"Don't make hack X, it's bad"
But if you don't make it earlier, you just end up making it later, just with a different look. The only way you get better is if you practice and learn, and sometimes experience is the best (and only) teacher.
Why hasn't anybody made ledge grabbing and crawling ASM yet?

Posted on 2018-03-29 03:46:17 AMLink
STOP ENDING AND DELETING ALL YOUR PROJECTS. IF YOU KEPT ALL THE LEVELS AND COMPILED THEM TOGETHER YOU'D HAVE A DECENTLY SIZED HACK, MAYBE TWO.

Posted on 2018-03-29 02:43:47 PMLink
1) BACKUP. Seriously, I lost about 4-5 interesting projects and had a headache with Mario's Enigmatic Tales because the lack of a decent backup. Lost some precious code too.

2) Do not be lazy with ASM. It's easier than it looks, seriously. Especially after I learned algorithms and the C language.

3) Your palettes could be better. I know, I had strong vision issues, but this is not such a solid excuse for coloring mistakes.

4) Complete a small hack first. Seriously, I always went to make detailed, long 7, 8 or 9-world hacks. And never completed any of them. Once again, Mario's Enigmatic Tales stands, as it's the most advanced hack in terms of completing I've ever made (I'll complete it this year, that's the plan).

5) Pay more attention to your English. Seriously, I'm lazy enough to just write messages, cutscenes, etc. and not proofread them. I know, human language is more flexible to errors than programming languages, but still... I want some professionalism in the things I create (engineer and all).

6) What yev-san said. With all vanilla levels I made, and the maps I made for fun or requests, I'd easily have my so dreamed completed long hack.

I'm glad people find ASM easy. When I was learning ASM it wasn't so easy because back in 2007 I had to argue with people just to get the information I needed.

Posted on 2018-08-01 08:10:00 PMLink
About the above, if you still have that rom, you can just extract the original graphics from a clean rom, paste the resulting Graphics folder in the folder of the garbled rom and reinsert the graphics and viola, it should fix itself.

as you add more and more graphics selections.
Why hasn't anybody made ledge grabbing and crawling ASM yet?
Last edited on 2018-08-01 08:12:17 PM by Skewer

Posted on 2018-08-01 08:41:17 PMLink
Should have learned about Lunar Magic's Map16 interface back in 2011...maybe I would have made a completed hack already but alas.On Pixel Art Requests: I generally do not accept work unless I either have the time, if I see your project worth my time to contribute towards, and that is usually me doing the approaching to you on that.
-I also do not accept speculative work as I do have various art I made on-hand with me.
-I am more receptive to equivalent exchange of resources in which case, you can DM me wherever I have an active presence on for the details.
-Other times I'm availible for your project is C3 request threads I may run.

Posted on 2018-08-01 09:38:09 PMLink
I used to edit existing levels from the original game until I discovered Custom Graphics and Music. 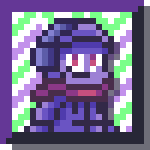 - Just because you changed the samples of a song, doesn't mean that your sound effects are gonna sound good at all.

- Actually play Touhou before you start adding songs from that franchise. Native faith should not be used in an underwater level.

- Don't use the bullet bill gen. in world 1-3 (It was a mushroom platform level).

- Don't use actual Mario themes, but instead, use Sonic, Mega Man, Castlevania, Touhou, and Kirby themes (I have a small hatred towards Mario soundtracks.)

Posted on 2018-09-09 05:10:13 PMLink
"porting is usually easy u dumb fricc"
If you're on Firefox 70+, and you don't see the blur effect, go to about:config and enable layout.css.backdrop-filter.enabled and gfx.webrender.all
For the best aesthetics, use Chrome, or with some settings, Firefox.

1) "Comprehend hacking tutorials you'll need before you're able to put up an actual hack. Learning things shouldn't be really too hard for you! If you're not too sure about a certain thing, try not to make your hack too complicated."
Other than creating levels, drawing and inserting GFX, and editing map16, I can now create custom level backgrounds, use Super GFX Bypass, insert custom music, patches and custom ROM and RAM map addresses. I think I should be able to make an overworld and insert custom blocks and sprites. I don't feel too confident about creating custom music, ExAnimation and ASM, and I'm still concerned about these being too hard, even if they aren't in fact that difficult to learn. I would have made a serious hack a long ago if I had known enough. I think the reason why was my problems with understanding English.

2) "Draw inspiration from others' already existing hacks. You'll be able to build enjoyable levels, even using unusual gimmicks and you'll get a glimpse of how palettes should look like."
I can create various kinds of levels after seeing and playing many people's hacks. I can create anything that's fairly generic and even an easy pit hack, I suppose. I've improved with palettes lately, but I still don't think I'm a master.

3) "Don't focus on too many things at once, otherwise, you'll forget about your old projects."
A problem I'm still struggling with, although its scale isn't that horrendous now. I even could have like 10-20 unfinished projects on HDD, but now this count is reduced to 3-4. Due to that problem, I have only a few works finished.

4) "Listen to others, they'll definitely help you in future and shape out your liking, but remember - not always, though."
I didn't use to always listen to others' advice. Not only because I had a dumb excuse of "I'll fix it later" when it comes to a serious problem, but also my English skills once again.

5) "If you're making a kaizo: light hack, don't hesitate to provide some actual difficulty. If you don't provide enough precision and make a part of a level too easy, it may turn out not very entertaining for kaizo. Even kaizo: light hacks are not for casuals."
Back to when I was creating Monstrous Mario World, I hesitated that some of my setups would be too hard for anyone who wants to practice easy kaizo hacks. Precise setups are even welcome in hard regular hacks, but if you don't have to pull them off too much.

6) "Make backups. They'll be handy if you're either expecting a PC issue or not, thus you won't lose your work."
I lost the same hack for this reason. I didn't do anything that would guarantee my hack to still work. I only used my USB that was infected anyway to save Monstrous Mario World on.

7) "If you're making a pit hack, provide some pit difficulty to it, i.e. make parts that require some heavy tool usage. If you only need savestates and slowdown, it's not pit at all."
I'll recall MintGreenYoshi's challenge in this point. I think I made this pit hack kinda too easy while I was aiming it for beginners. No setups that cause major headaches, even to professional TASers, were used there. Only the last room provides pit difficulty, but doesn't go way too overboard with it.

8) "Don't procrastinate when making a level design contest entry. If you run out of ideas for what to do next, think about something you want to put later on. If you think you don't have enough time to finish the level, don't even bother with starting it."
Remember when I wanted to make a level for VLDCX? I would've done it a long time before the deadline if I had been focusing on any setups continuously regardless of their order. Similar thing was with my KLDC2017 entry. I had wasted a lot of time making it and it felt rushed because I didn't bother with making it a lot more entertaining and longer being afraid of deadline which was set pretty early after starting the contest. Yet another entry I wanted to finish was my OLDC entry, but I don't think I had enough time to finalize it. I also didn't submit my entry for the last ExGFX contest because I started kinda too late knowing that I couldn't find enough time for it. After thinking about my CLDC2018 entry I gave up on making it quickly, citing school.