From: USA, what that surprise you?

Posted on 2008-09-14 02:06:07 AMLink
This site in 2012...hmmmmmmmmm...
-I would've learn ASM and sent in my hack (hopefully)
-There would be a application made like Lunar Magic that codes in ASM in an easy way for newbs to make their own sprites, blocks, bosses, etc. The app can work with LM and it would be called Solar Magic.
-There will be over 1500 downloadable graphics that were ripped from many, many games.
-Maybe the admins will pull a more elaborate way to ban people instead of a "magic button" (just a prediction don't ban me plz)
-The Tip Box will have more tips.
-There may be over 20,000 register users.
-The Forum Games section will be elaborate enough to host games created in flash.

In 2012, I will have released my hack to the public, and found a new way to lock it. My second and third projects will also be released to the public, the third having ASM more awesome than Brutal Mario's. Ersanio, Pozeal, Crystal King, and Lady Bloodrose STRiPES will all be credited for helping me make the hacks.

And Ersanio will have only done small portions of the ASM.

Posted on 2008-09-16 08:04:29 PMLink
Yoshi's Island hacking:
- may be part of this site
- Eggvine 1.0, featuring less crashing (just showing a warning and not letting you save if you have a bad object in your room) but no graphics support, will have been released

Super Mario World hacking:
- there will be more than one guy who can make big mode-7 type bosses
- someone will have figured out how to get more than 4 graphic files for each level area

These are the most unrealistic things in this thread so far.harpy

-The site will be mucho upgraded
-My hack trilogy will finally be complete and submitted in a neat three-patch PACKAGE
-I'll be 21 and drinking beer legally at my computer
-I'll finish my RPG project as well
-The site will ask for new admins to take the place of Smallhacker, SNN, etc.
-ASM will have been so advanced that anyone can turn a normal game into that of MGS4... and someone will have found a way to expand the ROM so that the game can fit all that
-I'll have had over 1000 posts XD
-Everyone on here will fear me for some reason 0-oMuh

Posted on 2008-09-27 03:45:33 AMLink
This site will DIE. Boom and Smalls will run out of dough and not be able to afford hosting SMWCentral, either that or move on with life. But before that happens:

SNN will stop making music and become one; "I am a music" will proudly be displayed in his signature.

Most of the noobs will get fed up and drop off the face of the internet, while some of them will eventually become the elite SMW hackers of SMWCentral. Anyone who currently does ASM (including me) will move on with our lives.

The site will have been hacked 10 more times, ArBe being blamed for all of them, even though he didn't do it. ArBe will, however, have reregistered 20 more times, and will die from head trauma from all those banhammer blows.

@Beuli - Mode 7 is a SNES mode where there is only one background layer, that can be scaled and rotated. Iggy's platform uses mode 7 for the rotation.Your layout has been removed.

i predict(without to be serious) -Arbe will be arrested after they found out that he's a serial killer.
-mikeyk creates a new version of SpriteTool that supports Mode7 custom sprites.
-Dynamic Bosses are posible.
-Giant Koopa Paratroopas are available.
-The sentence below won't come true.
-The sentence above will come true.

Now, for the SMWC community, hacking ability, and other such things in 2012:

- A SMWC Production will be about 25% complete, and it's 1st demo released at that time will become the smash hit of the internet.
- FuSoYa will have created a version of lunar magic that queries people when they try to save a level with stacked or floating munchers and/or improperly placed tiles.
- I will have a post count between 2500-4000.
- Smallhacker, Pac, and SNN action figures will be among many items being sold in the SMWC shop that will be created.
- We will have over 500 featured hacks, 5000 submitted hacks, a new section called "Greatest Classic Hacks" for the greatest hacks of this generation, such as DW:TLC and The Second Reality Project... and the Hack Removal Log will be over 75 pages long.
- Dinomar will have made over 10 000 jokes and puns relating to Shoop Da Whoop.
- There will be 10 000 + users currently registered, not including permabanned members or multi-accounters.
- The site's sidebar will have at least 3 new items.

1. The new SMWcentral will have everyone there
2. No more classic SMWcentral
3. Most people here will get to level 100
4. Bots will be disabled upon entering SMWcentral 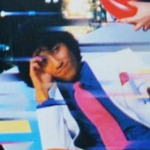 Posted on 2008-10-22 01:27:14 AMLink
The website will fall into a state of cancer similar to that of 4chan, all the good userbase will try in vain to stop it from being destroyed by the hands of the 20+ users joining every day, hundreds of threads of the same question will flood the forum, a staff of 50+ will be needed simply to maintain a psuedo-order, before eventually Boom or Smalls hits the off switch and then nightfall will be real.

Oh, and Mother 3 will still not be released in the US, because Ninty hates turning a profit while making people happy.I'm a dirty heathen. Anyone have a Christian baby for me to eat?

Posted on 2008-10-31 08:39:08 PMLink
The site gets upgraded so that when somebody's hack get's rejected from something like swarms of floating munchers, when they log on the next time, their keyboard automatically sends 50,000 volts of electricity jolting through their system.

As a side note, the number of people who come here regularly suddenly drops 80% or so...

Hospitals around the world are taking in hundreds of thousands of burn victims and, from the information they can take in from the new patients, call the sudden epidemic something along the line of "Smallhacker's Revenge."Current Projects: "Legend of Zelda: Balance of Power" (A Zelda Classic quest)

-I'll have submitted custom music that uses the $ED command.
-Users that bump threads will have their post edited into: "Hello! I like to bump threads because I suck".
-Noobs will have an embarrasing custom title.
-Simple Bag stops being simple.

Heh, that's all I could think.

Way too many bad spammy threads