A Kaizo hack I'm working on recently + A port

Posted on 2019-01-05 01:38:07 AMLink
Hi!
So, since everyone seems like posting some interesting stuffs, and while I don't think I have these things actually, (...besides music, even then I released slightly early than C3 start date.

) I want to release demo of my recently working on kaizo hack.
It's Sequel of "Kaizo Experiment - The Beginning" with extra-difficulty than prequel.
Since both hacks intended more experimenting kaizo tricks that may kaizo:hard or kaizo:light (though more like medium, I guess...?) depends some players, I can safely say I'm not really recommand for new kaizo hack players to play this hack. (Especially 2, which is slightly more difficult than 1).
Another point is, (Only applies to sequel, tho one stage of prequel also apply this.) This hack requires some unusual kaizo tricks to overcome certain sections at some point which is not easy to attempt. so keep in mind!
Also like prequel, this hack doesn't have any invisible blocks (aka. kaizo blocks) whatsoever, so no need to worry about that.

Anyway, enjoy this hack if you want to pain yourself! 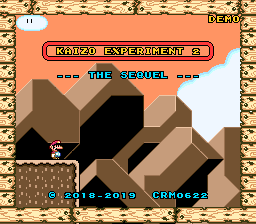 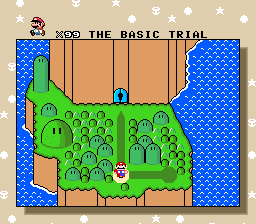 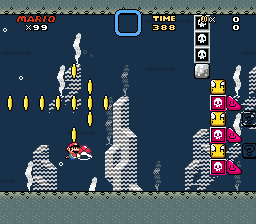 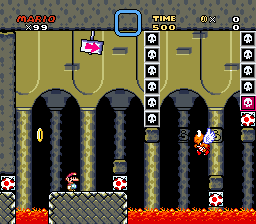 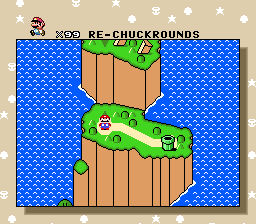 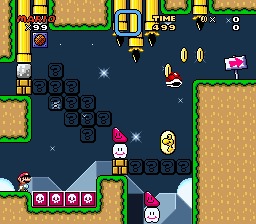 Also, here's prequel if you actually interested to try...

If you think this hack way too hard, here's link of my channel, I uploaded video about that!

And lastly, here's song that will used by special stage 1 of my hack!

Alternate Version! (Mostly compatible with smw samples except thunder, but with nerfed snare...

Posted on 2019-01-05 03:10:40 PMLink
Man I absolutely love that port. I'm not too familiar with Shinobi III, but you seem to have been faithful to the original. For a beginner, this and that one Top Gear port are marvelous and with top-notch instrumentation.
Your hack is also pretty good and off to a great start. Not gonna play it yet, but I've been following almost every step and I could notice how much you are improving with every level you show.

Please keep it up!

Posted on 2019-01-05 05:49:29 PMLink
I agree with Katerpie. Even if i don't comment every single time i regularily see your screenshots / vids on smwc's discord and really like how you are improving over time.

These ports are also pretty rad! There seem to be more unknown talented porters out there than i thought. Really good job and i certainly will peek your work regularily!

So i watched your vid and i have to say, you got quite creative with the TNT-blocks here. I wasn't aware they could pull down the red ?-Block sprites. You used this trick in a few clever ways, too.

I don't know what to think about its port though. Is there an original song, i could compare your port with? From your vid, the instrument which plays the main melody sounds quite strange to me (maybe detued, i'm not sure?). But as said, this could be my personal opinion only.

In the end this was quite a nice stage, even if, personally again, i would cut the "waiting" sections with the hammer bros. since these kinda seem out of place. Apart from that, good job again!

Posted on 2019-01-07 02:51:44 PMLink
I have to agree about the hammer bros, they seem kinda out of place and really easy to avoid. I'd make the sections that include them a bit more difficult to figure out with much less waiting. I'd also reduce the amount of throw blocks in the Reznor room and the path of the block snake a bit so you absolutely must rush at all.

Otherwise, pretty clever level so far and I dig how creatively the TNT blocks were used. Can't wait for more!

Well, after I hear both feedbacks, I decided to make second section slightly easier (Because I also thought that hammer bros waiting section was way too much when I re-think about it unlike first section.) Also, I reduce throw blocks to 9 in third section and make snake block more faster at certain point too! (So, that battle is now slightly having more difficulty even it's not that much...

Oh, and here's special rom as I promised, If you dare to challenge!
(It's kaizo:hard difficulty, so think one more again!)

Posted on 2019-01-09 02:19:32 PMLink
Much better now! I'd argue that the hammer bros are still not that hard to dodge, but at least this boy has some challenge. I'd also add some warning signs for when some of the TNT blocks are about to come out from above just so you time your jumps right.

Keep it up and stuff!

Yeah, maybe I think I should put sort of warning message in some parts later time...
Anyway, here's my second genesis port! (It's also remake of my old unsampled port too!)

Posted on 2019-01-13 07:29:25 AMLink
The new version of your special stage definitely looks better to me, even if i'd agree with Katerpie that most of the hammer bros. still seem kinda out of place and not really much of a threat.

I also agree with him, that you should add some kind of warning indication (perhaps a blue coin could already do), where the TNT-Blocks suddenly fall down.

I'm also not sure about the parts, where you have to gather running speed on relatively small platforms. It may be challenging perhaps, because the screen doesn't scroll back, but it also looks kinda tedious to perform to me. It seems more like: "Let's stretch this level a bit by this artificial challenge", since it's basically nothing more then running left and right often enough, until you have the appropriate speed. Of course this is just a minor nitpick, but by leaving these parts out you could make the general gameplay more fluid, i think.

Lastly i kinda question the beginning / the red flying coins in the last section. Since the red coins don't seem to have any use, collecting them seems pretty pointless to me, so why should the player even bother? If the player doesn't collect the coins the beginning become pretty bland, with only this fast brown platform and the 2-3 flames to jump over. Personally i would cut that part, so "the action" starts more directly, but again this is a personal suggetion and may vary from person to person.

Apart from these few things, i think your special stage is fine as it is!

A few words about your second genesis port: I think it sounds pretty good. I don't know how your old unsampled version sounds, but this one is definitely well made. It has a nice melody and some decent instrumentation (especially for a shinobi / china theme). In contrast to your kaizo stage, i can't find a single complaint here.