Long story short, I, Super Maks 64 along with This Eye o' Mine and Ryrir (and with some help from KobaBeach Leomon lion) have been translating Japanese hacks into English and also fixing both Japanese and English hacks that didn't work on accurate emulators/hardware.


We strive to make the end product as close to the original as possible, so instead of using AMK, we inspect what caused the original hack to break and find a solution to it. Of course music is not the only thing that could break in an old hack, sometimes it may be incorrect multiplication/division registers usage, writing to PPU registers outside of a blank or just uninitialised memory usage (hacks that use ancient versions of Romi's Spritetool break because of that).


The things mentioned above however happen because of emulator inaccuracies, but sometimes hacks have other mistakes which may result in a crash. We also fix those, but since they do change how the original hack would be experienced, they are put in external asm files which you may patch onto your ROM by customizing the main file with your preferences (in case you don't want some of the patches to be applied). The patches we include don't all just fix stuff however.

NOTE: Not every hack includes patches
Examples of patches used in our works:
-Translation Notes: adds translation notes on the overworld that explain some cultural or internet related references that occur in a level or its name
-VIP Coin Counter: adds an overworld counter that tracks whether you have collected 5 VIP Coins in a level (VIP 1-3 only)
-FastROM: enables FastROM and makes the game have less slowdown (doesn't completely get rid of it though)
-Custom Block Crash Fix: Fixes 1 custom block that could crash the game when hit, because of incorrect sprite slot search loop (VIP 3 only)
-Inaba Fix: makes the camera in the Inaba level act like in the vanilla game as it seems that the level was designed with that in mind and turned impossible to beat without flying when the camera was changed for the whole hack (VIP 3 only)


Without further ado, here are the hacks.


Since you got so far into the post, I have a question to ask:
Which hack would You like to see translated and/or fixed?

We're just gauging the interest that people may have in these.

Oh, and this isn't the only thing we have prepared for this C3.Check out Team Hack Fix/Translations' thread full of fixed and translated SMW hacks!

Last seen: 41 minutes and 4 seconds ago

Posted on 2019-01-07 05:34:06 PMLink
I was waiting for someone to translate the VIP Hacks, It seems like you and others put effort in these translations, The ones i want tp see translated are Vip 4 & 5

Posted on 2019-01-07 05:58:47 PMLink
Well, this appears enlightening. Not many older hacks get updates nowadays, so seeing some of these hacks get some needed updates for being playable is really neat. Though a majority of the fixed hacks come from the "VIP and Wall Mix" series, I'm sure more old hacks will get this treatment soon. These hacks hold a unique history of their creation, and I'm glad they're being preserved and fixed to be played time and time again.
Thank you, and good work Hack Fixes/Translation Team for updating these hacks.

Posted on 2019-01-07 07:54:16 PMLink
I've already saw your work (I posted in the talkhaus' thread) but the gratitude will never be enough to thank this amazing work you've done here.

Still waiting for VIP 4 though

Posted on 2019-01-07 08:46:55 PMLink
I didn't see this coming, but i definitely welcome this lots. It's always a pity if you cannot play these old classics, because they break in accurate emulators. Thank you very much that you are working so hard to fix this for us! Not to mention the translations, which surely help to understand these hacks, and what they ask you to do sometimes (especially the VIP ones).
Thank you very much for this!

Posted on 2019-01-07 08:51:22 PMLink
Hey, I didn't expect these at all! It'll be a good occasion to play VIP hacks not worrying about what the text in the message boxes means and not having to download a less accurate emulator if you haven't yet.I have a Discord server as well!
-----
Basically, I believe in peace and bashing two bricks together. 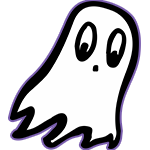 Last seen: 58 minutes and 33 seconds ago

Posted on 2019-01-09 02:08:28 PMLink
Originally posted by Super Maks 64
Since you got so far into the post, I have a question to ask:
Which hack would You like to see translated and/or fixed?
Mario's Treasure Hunt
Tumblr | Facebook | Twitter | PM | SMWDB | SnesLab
Panty and Stocking—and Pop Team Epic, evidently—are coming back. Once again. Yes, I'm counting on you. 『いけいけ団長、頑張れ頑張れ団長！』Help us raise funds for the Armed Forces of Ukraine. #ДопомагаємоРазом / #HelpTogether
“Even if you personally are so dissatisfied with life that you want the world to end, surely the cruel reality is that it will continue on, unchanging. All the better for someone perfectly content, like me.”
– Aya Shameimaru, Touhou Suzunaan ~ Forbidden Scrollery

Posted on 2019-01-10 12:27:04 AMLink
Originally posted by Fullcannon
How does the translation work?
The translations are just replacing the original Japanese messages and level names with English. Effort is made to keep obscure cultural references intact!
Switch: SW-2766-9108-9399 • Twitter: @Vine_ST • YouTube: that ivy guy

Posted on 2019-01-10 06:15:39 PMLink
I wonder why the creators of the original game don't make their games in our native English language? A lot of people can understand English better than Japanese.

Last seen: 20 minutes and 50 seconds ago

Posted on 2019-01-10 06:57:27 PMLink
It's because the Japanese community also is quite large and not all of them can speak or at least write English very well (although there are more Japanese hackers who speak English than vice versa, it still isn't very large number).

There also is the issue of making a good translation. That is, the translation isn't a literal translation but you have to make sure you don't run out text space (a Japanese sentence generally has uses less characters than an English one and it's the sole reason for the second message page patch) and preserve jokes as much as it is possible. A literal tranlation and not even getting the context is an issue with most old translation of Japanese hacks.
That's what why the Translation Team exists which puts a focus on these good translations. 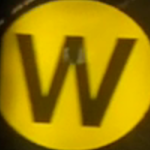 From: in Reznor HELL.

Cool Or Cruel (the original): Some music crashes related to clapping chucks or entering a door while a p-switch is running. This hack got me into kaizo.

Super Puzzle World 3 (original download is link from this thread is down): Broken music. (I couldn't get past the first level due to crashes, so maybe more stuff is broken.)

Super Nerv World: Broken Music (first crash I encountered was in level 120 "it's a cave, too"). If I recall correctly, taking the warp star in world 3 also crashes the game.