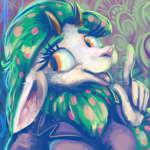 I guess now would be a good time to show off stuff in my newest kaizo hack that I've been working a good while on.

I've been working on this hack now for about 2 months, polishing, getting graphics for it and getting others to test it. Such as Thirdwall, Megascott, and a few seperate levels tested and given feedback on by Dode and other well known, experienced kaizo players.

Nearly all of the graphics for the levels are ripped by myself from various Sonic games, including Sonic Mania, Sonic 3, Sonic 2, and a few Sonic 1 tiles for reference. A few of the other graphics, such as for backgrounds are taken from the graphics directory which I am thankful for.

Our tool moderator friend DtotheFourth has also been working on a wonderful final boss for the game itself, which I hope to not spoil too much for those that are interested in seeing what he has been able to work on for me, which I am very thankful for. There has also been a special port of a certain popular Sonic boss track made by KKevin and Vaelstraza that will also be used.

I hope to have this available sometime soon, in the next few months at least for people to play and enjoy!
Thanks for reading.

Posted on 2019-07-06 12:55:34 AMLink
This hack is looking interesting so far. Not much is to be said regarding the level design, but the graphics are awesome and so is the final boss. Looking forward to see how it develops.
Good work in advance!