Force Bot - A brand new game for the NES [homebrew]

So I was hanging out on some NES development forums and found a programmer going by the name of cppchriscpp and he put together a little block pushing demo. So I took this game engine and sat down with it for literally months and months and produced a serious full length game. His game engine is called Retro Puzzle Maker.

Here is the title screen for the game. Note that even with this few colors this was still complicated to pull off. A combination of sprites and tiles was used to create it. 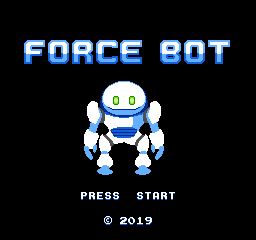 Now here was the actual title screen we were trying to insert, but the NES was so restricted that apparently it couldn't be pulled off. If I do a sequel I might try and get this into the game. I think there is a trick to put tiles on 2 separate screens and then flash them back to back repeatedly to give the illusion of one full image 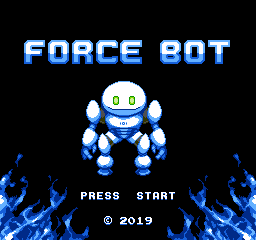 Here is the interesting thing. The game only has 5 tiles it in, in total. Here they are:

So this is all I had to work with, but by sitting down and thinking very creatively and thinking outside of the box, I ended up coming with a total of 128 levels for the game. Here are some screenshots. 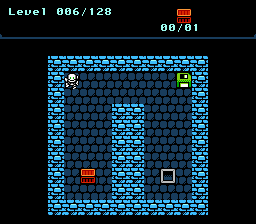 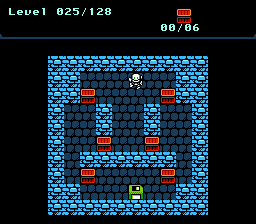 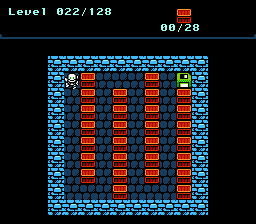 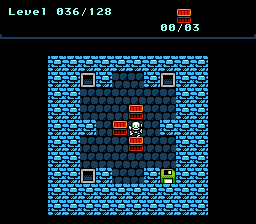 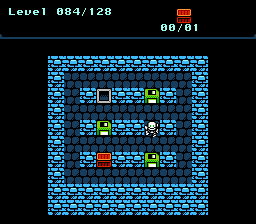 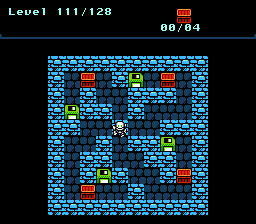 You only get 50 colors and that's it. There is like only 1 orange, 1 red, like 0 yellows and oh my god its frustrating..... Did I say 0 yellow colors? Because literally the NES cannot produce yellow guys. Also the colors themselves are mysterious because they have no known RGB values and it's "interpretation" as to what the colors are because different TV's display them differently.

So I've never ran a kickstarter before and I know that it is a ton of work, but I'm thinking about possibly doing a kickstarter for the game and have a full blown physical release.

There would be a digital rom option, cart only and CIB option [complete in box]

If anyone wants to be notified by e-mail to get an update just send me a PM with your e-mail in it so I can let you know how progress is coming along and when it ready.

Now here is one cool thing that is hardly noticeable but we did it. Notice the colors on the robot.

The NES is restricted when it comes to sprites and their colors and to achieve this look we had to use sprite overlays like the NES mega man games did. So his green eyes are sprites stacked on top of his existing sprite.

It's a really awesome game! I have had my friends and random people play it and everyone loves it. I've even had people want to play it again after beating the whole game already! 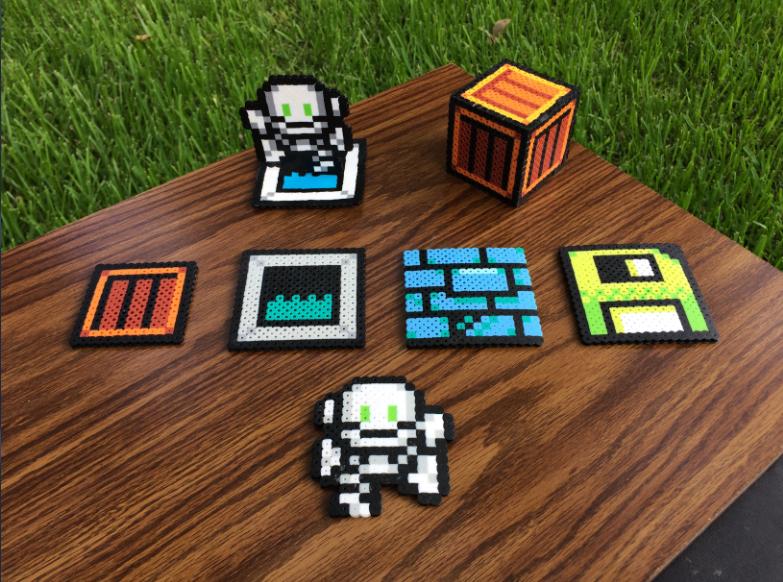 For those that don't what these are, Perler beads are these small plastic cylindrical beads that when placed on a special grid and ironed on, they melt together forming a solid object.

I've noticed people making 8-bit and 16-bit pixel artwork using them so I thought that I would give it a shot as well.

This was actually my very first time making anything with these beads. But they came out pretty nice! The only piece that I did not make is the standing up robot on the platform. Someone else made that one for me and to and be honest I don't think they did that good of a job on it. If you melt the beads too far down then the edges start to curve and such, which I don't like. It looks okay in the picture though, but when the lady gave it to me after custom making it, there were cat hairs and stuff on it. LOL. And she charged me........ probably too much! She was literally selling her pixel art Perler bead stuff at a convention with cat hairs all over them. HAHAHAHA

The 3D box was complicated to make and I had to watch some youtube videos an order to learn new techniques that were required to make it. I'll try and post the box template so others can see how it was done.

If I were to make a 3D model of an entire room using these beads I would probably use some type of wood base board to mount everything on it and then using the methods that I used to make the 3D crate, I would also make the walls. So it would look kind of like that 3D NES emulator out there, but only a model. For long walls I would reinforce them on the inside with sheets of Perler beads as if they were structs.
Last edited on 2019-07-09 02:13:16 AM by Final Theory 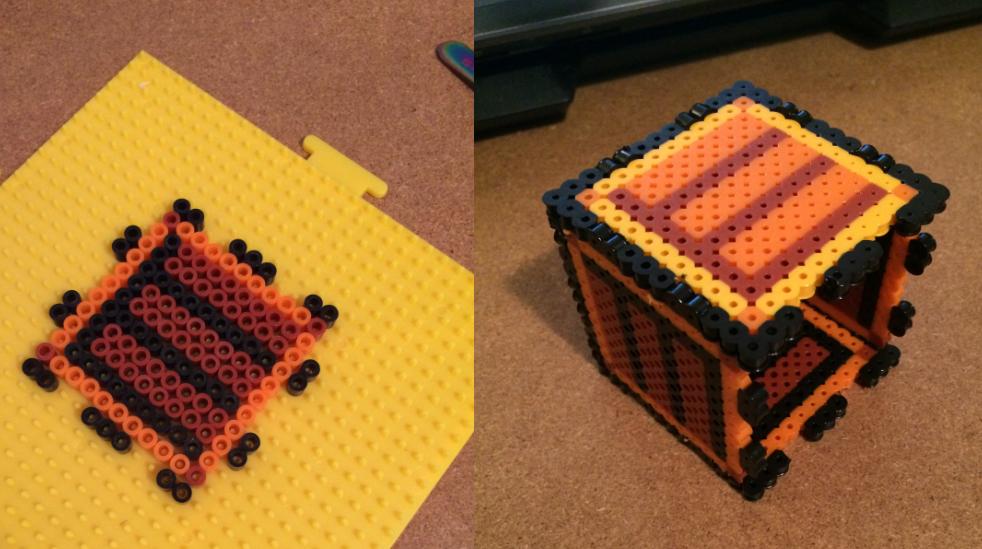